Did I mention that Nick was getting his revenge for making him tell me who killed Laura Palmer? He did not tell me how the whole show ends… END_OF_DOCUMENT_TOKEN_TO_BE_REPLACED

The Miss Twin Peaks Pageant is nearing, along with assorted and related antics. Beyond those, Cooper discovers Windom Earle was looking into the Black Lodge as part of Project Bluebook, and the Major goes for a walk in the woods to clear his mind. (More on THAT brilliant move later.) END_OF_DOCUMENT_TOKEN_TO_BE_REPLACED 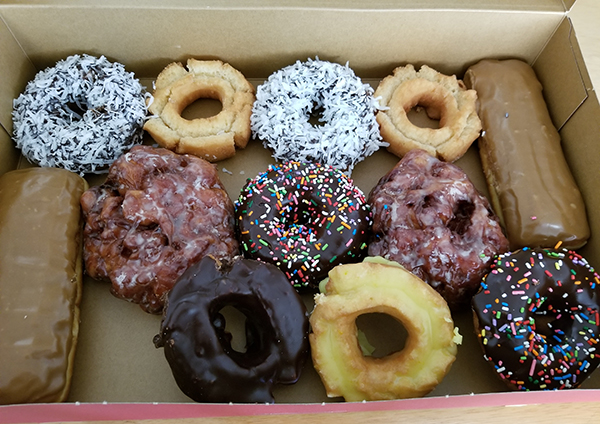 END_OF_DOCUMENT_TOKEN_TO_BE_REPLACED

Also, the moon in this episode is half full! Again! END_OF_DOCUMENT_TOKEN_TO_BE_REPLACED

And that’s all I have to say about that. END_OF_DOCUMENT_TOKEN_TO_BE_REPLACED

This episode kind of treads water in order to set some things up before. It avoids delving into just what the hell DID happen to Josie, but it does have some stuff with Major Briggs and elements of Lodge lore. In the interest of continuing to speed these along before the premiere Sunday, no more reminiscing! On we go! END_OF_DOCUMENT_TOKEN_TO_BE_REPLACED

You know, it’s strange. The first time I saw this episode (and the rest of the series), I really had no problem with Billy Zane’s character. I thought he was a good match for Audrey somehow, and–well, really, I don’t think I gave him all that much thought beyond that. Now, I find him bothersome. Not on Evelyn Marsh levels of bothersome, mind you. Not even James Hurley bothersome, but…somewhere around there. I’m not sure if it’s just that I’m older and more critical now, or if it’s that, the first time, I didn’t know where his story line would go, so there was, perhaps, more mystery and possibility about him. Knowing now that what we see is all we get, he’s just kind of blah and annoyingly suave.

John Justice Wheeler could almost be an author-insert/Mary Sue character. Maybe that’s what bothers me. Does the guy HAVE any faults? END_OF_DOCUMENT_TOKEN_TO_BE_REPLACED