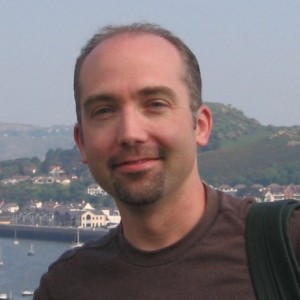 An award-winning writer of speculative fiction, Michael G. Munz was born in Pennsylvania but moved to Washington State at the age of three. Unable to escape the state’s gravity, he has spent most of his life there and studied writing at the University of Washington.

Michael developed his creative bug in college, writing and filming four exceedingly amateur films before setting his sights on becoming a novelist. Driving this goal is the desire to tell entertaining stories that give to others the same pleasure as other writers have given to him. He enjoys writing tales that combine the modern world with the futuristic or fantastic.

Michael has traveled to three continents and has an interest in Celtic and Classical mythology (and in taking creative liberties with same). Michael also possesses what some people might deem too much familiarity with a range of geek culture, though he prefers the term geek-bard: a jack of all geek-trades, but master of mostly none.

Michael dwells in Seattle, where he continues his quest to write the most entertaining novel known to humankind and find time to play all the video games.

Michael is also on Goodreads!

While Michael’s skill in the visual arts is so lousy that he can’t even draw a blank, his dad, Michael A. Munz, is a fantastic oil painter!
Check out his website here…