If you’ve been watching this site for a little while, you already know that A Shadow in the Flames, my cyberpunk novel (and the first novel I ever wrote) was re-published under Seattle publisher Booktrope’s label last December. The new version featured slight improvements to the self-published ebook I released in June 2013, and a paperback edition!

Next month, the sequel, A Memory in the Black, is getting the same treatment! I just finished going over the final proofread with my Booktrope editor, and now it’s on its way to layout. There is excitement! (FEEL THE EXCITEMENTING!!) I can’t wait for it to be available in paperback for the first time ever.

The thing I like most about A Memory in the Black is how I got to delve much deeper into the characters established in book one. Motivations and histories are explored, and their experiences in ASITF have all sorts of rammifications that where a pleasure to develop. Okay, so the characters themselves might prefer I leave them alone, but they can be thankful that I’m not George R. R. Martin.

Which is not to say they all live through this book… 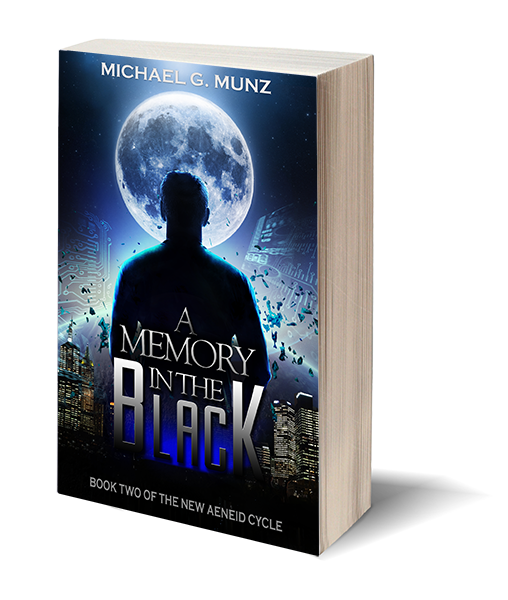 The revised Booktrope edition in March in ebook and, for the FIRST TIME EVER, in paperback!