Last Friday marked the final day of my first ever book tour—the online tour for the release of Zeus Is Dead. It lasted July 21st to August 15th, and by all accounts was a success. Okay, so I haven’t caught up with Fifty Shades of Twilight Fanfic yet, but if I may quote our tall friend from Twin Peaks… 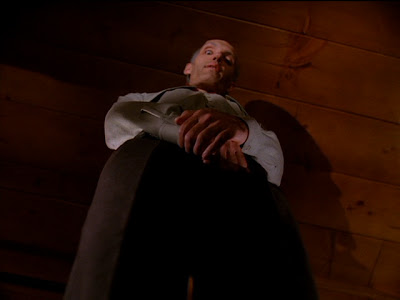 “A path is formed by laying one stone at a time.”

The tour was a great experience, and it was suggested that I put a cap on it with a post about what I learned along the way.

Well they ARE! There’s a lot to do, and that’s not even counting all of the arrangements required in finding hosts. (More on that later.) While I wasn’t writing guest posts for every stop, there were enough of them to keep me busy. It was fun, but creatively draining. (Very much worth it, though.)

Then there were the interviews, which you’d think wouldn’t be so hard, especially in text form where I can answer ahead of time, but I’m not used to articulating answers to such questions. Talking about myself is not my strong point (just ask my parents). For introverted types like me, it’s draining in a way that I can’t quite explain. This is not to say I didn’t enjoy them. It’s also fun to get the attention, and to feel that people are interested in what I have to say.

Reviews were, of course, the easiest for me to do. The tour host did all the work there, I just had to wait for them to form an opinion. Nevertheless, it is a bit like waiting for a baby to be born. I mean, I think Zeus Is Dead is a pretty good book. I’m gratified to say that a lot of other people think so, too. Yet there’s no book that pleases everyone, and, thick skin or no, I don’t think any author ever fully escapes that voice from deep within that says, “What if they think it sucks?” 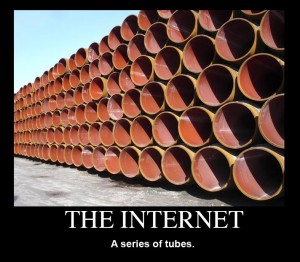 This is one reason that technology is opening horizons to us independent author types. The Internet is powerful. Yes, perhaps that’s not a terribly original statement, but it’s true. If I’d toured different bookstores instead of book blogger sites, I don’t think I’d have received nearly as much attention. Sure, I’ve got a great book, but most people don’t know me from that guy downtown who sells hemp Slinkys. (I think his name is Reggie.) Drawing a crowd to a single store would take a lot of marketing, and how many people would it reach? 30? 40? If that?

Yet there are so many book sites out there with great readership numbers, and the posts don’t vanish after a couple of hours. I don’t even know how many people the tour reached, though if the raffle is any indication, it’s in the thousands. (Speaking of which, the raffle winners will be contacted very soon…) I couldn’t have done that in a bookstore without being much more known than I am now.

I often struggle with just what to write on this blog, but I found that if I’m given a suggestion for a topic, I’m able to do a decent job at writing the actual post itself. And there were some great suggestions out there. (I’ll be posting links to my favorite tour stops below.) So I’m thinking maybe I should start asking you for geek-related topics. What do YOU want to read here?

And if you say Twilight fanfic I will beat you in the neck with a case of glitter.

That’s the noun, not the imperative form of the verb. After marketing two self-published novels, this tour has underscored the fact that having others in my marketing corner is a huge benefit. I want to give a big thank-you to Vanya Drumchiiska and Kate Burkett, the Project Manager and Book Manager for Zeus Is Dead, who’ve worked hard to both set up the tour and get the marketing engine going in general.

So that’s what I learned on the tour. Four things. And that’s IT! (And this lamp. And the remote control. And the paddle game…)

Okay, so saying just four things isn’t entirely accurate, but this is the Internet, and things must be condensed down into numbers and lists and such so that people don’t click away if they start getting bor—HEY COME BACK HERE! I’m not done yet.

The Infamous Scribbler (July 21st – Review & Interview)
The interview was fun, and I especially liked how TIS combined the review and interview into one seamless article.

Mad Hatter Reads (July 24th – Guest Post)
They asked me to give a sample of one of the letters/prayers that Apollo has to deal with on a daily basis. A challenge to write, but a fun one!

SnickerPants (August 1st – Guest Post)
Hosted by the website of Tiffany Pitts, one of my fellow Booktrope authors, this is another guest post I had fun with (even I still have welts on my back from herself’s demanding constraints). This is the woman who, at the launch celebration after I happened to mention the question I least like to be asked…asked that very question.

Brendan Halpin (August 11th – Interview)
All of the interviews were fun, but I enjoyed this one the most due to the questions asked. Though I’m still upset that I passed up my chance to use the phrase “aggravated douchebaggery.”

Steampunk Sparrow’s Book Blog (August 15th – Review)
At the risk of tooting my own horn, this was my absolute favorite review. I mean, for one thing she’s got great taste, since she enjoyed Zeus Is Dead so much. But what really got me was the opening line:

“If there is an award for being the most well-researched smart-ass, I think Michael G. Munz would take the prize.”

If that’s not a compliment, I don’t know what is.

Thank you to everyone to took part in the tour! (I really do mean it when I say that it was hard to pick just five “favorite” stops.) If you missed some of the tour stops, the entire schedule is here.

Oh, and don’t forget to pick up a copy or twelve of Zeus Is Dead: A Monstrously Inconvenient Adventure! (My publisher made me say that, I swear!)