Today I’ve got a bit of fun to share with you! It’s an excerpt from author Tiffany Pitts’s light-hearted–yet simultaneously deadly–Seattle-based sci-fi adventure novel Wizzy Wig. (Wow, I used all my hyphens in that sentence, huh?)

You might remember my review of Wizzy Wig just a few months ago, which included positive statements like this:

Pitts writes with a uniquely delightful literary voice. Her particular brand of contemporary sci-fi adventure somehow manages to present life-and-death situations alongside blithe imagination in a way that often seems to look askance at reality as if to say, “Really, reality? Really?”

I’m not sure if I’m making sense here, so to sum up my opinion more concisely: Wizzy Wig is a fun sci-fi read that’s certainly worth your time. Especially if you like cats. And strong characters of any gender. And reality-bending pizza.

Well, now Tiffany has provided me with a chapter from Wizzy Wig to share with you. So, without further babbling on my part, have a read!

Getting into Carl’s car had proved a little harder than just setting Deli down. To make her comfortable, Jake had to climb in the backseat so she could rest her leg on his lap while Carl drove twenty miles an hour through the back roads of Capitol Hill, avoiding all the potholes and making sure not to stop too suddenly. Deli insisted on going to Northwest Hospital. (“Parking is only seven dollars.”) It was a painfully slow ride to the freeway entrance.

Luckily, Jake had thought to grab a baggie of ice out of the freezer before they left. He held it lightly against Deli’s ankle while she did some sort of circular breathing thing to take the pain away. Jake didn’t know if it worked though because on each exhale she went into pretty intricate detail about how she was going to beat Thad to a bloody pulp when she saw him next. It only frightened him mildly.

“He shouldn’t have been able to do some of the things he did, Jake. At one point, he pushed me all the way down the hall—but I didn’t feel it. It was like one second he was in front of me and the next, I was ten feet away. But I didn’t move. It was all Matrix-y and shit.”

“It looked like a squirrel, but it had big eyeballs and racing stripes.”

“Could it have been a sugar glider?”

“One of those little rain forest things? I suppose so, but where would Thad get a sugar glider and why would he throw it at me?”

Jake didn’t know how to answer that without sounding seriously crazy so he shrugged his shoulders and changed the subject.

“Did you see where he went after you landed?”

“Did you at least hear which way he went?”

“No, you misunderstand. He didn’t land. He completely disappeared. Whoosh! Gone.”

“I know that, but it still happened. I haven’t even told you the best part yet.”

“Yep. He told me to tell you that you better leave Kix alone or he’s coming for you.”

Jake shouted so loud it lifted Carl from his oldies-station-induced trance. He turned his head toward the backseat. “How y’all doin’ tonight?” he said.

“And that’s the other thing we need to talk about. Why is Carl talking like that?”

Jake cringed. He had been hoping Deli wouldn’t notice that part. “I don’t know. It seems like a lot of weird things are happening right now.” He looked out the window into the soggy darkness, but Deli wasn’t about to let him off so easily.

“Jake.” She grabbed the sleeve of his coat and pulled herself closer to him. He tried to pull away, but she had the leverage thing down pretty well. “The last time a bunch of weird things happened, you turned my cat into some sort of immortal feline hell-hound.”

The bottom fell out of his stomach, and his free arm shot into the air reflexively.

“I didn’t do anything this time, I swear!”

“Okay, I don’t think I did anything.”

Deli responded by turning as much as she could toward Carl in the front seat. His fingers and elbows bopped in time with the oldies station as he concentrated on safe driving and the Motown beat.

You can grab Wizzy Wig on Amazon right now! Even as I type this! I am not kidding!

His sunglasses focused on the rearview mirror.

“What are your thoughts on”—she took a deep breath in and shouted the last word to the front seat—“War!”

“Good God!” said Carl in a conversational tone. “What is it good for?”

This he followed with a high-pitched warbling sound that may have been slightly musical. “Absolutely nothing.”

Deli rolled her eyes from Carl back to Jake.

“You may have a point,” said Jake. 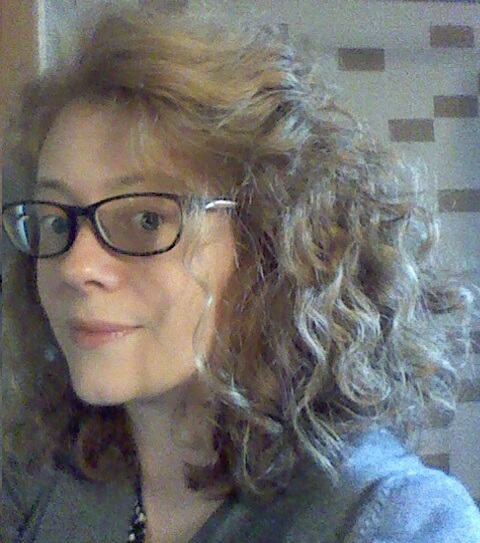 Tiffany Pitts grew up on a steady diet of cartoons, candy, and instant ramen noodles. She is the author of Double Blind, Book 1 in the Thanatos Rising Series. As a native Northwesterner, she does not cross against the light.