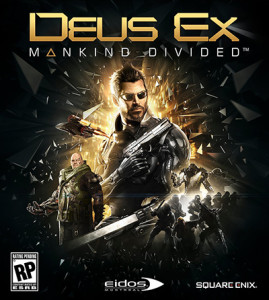 The Deus Ex franchise is back!

Or, at least, it’s coming back. Eidos-Montreal has made it official with the first game trailer (scroll down to view it), and a GameInformer exclusive: Get ready for Deus Ex: Mankind Divided.

I honestly didn’t think we’d be getting another game in this series. Foolish me didn’t think there was room for more to go between the ending(s) of Adam Jensen’s story in Deus Ex: Human Revolution and the story of J.C. Denton in the original, but I underestimated the influence of an interested market and the lure of additional gamer-dollars.

This is not a complaint! The original Deus Ex is one of my favorite games of all time, and Human Revolution gave us a prequel that updated the series (and gameplay) for the current generation. (We won’t speak of DX: Invisible War, the New Coke of the series.) Human Revolution didn’t quite capture the greatness of the original, yet it was still a (mostly) excellent game despite its flaws, and worth the long wait. I’m excited to see what they’ve got for Mankind Divided.

Reportedly, Mankind Divided (I’m not crazy about that name, but oh well) takes place two years following the events of Human Revolution, with the canon ending apparently being one where everyone augmented went violent and berserk. Jensen is now with an organization linked with Interpol, apparently dealing with cyborg terrorists. Will we see some of the events alluded to in Deus Ex? (Will the Statue of Liberty get its head blown off? Will UNATCO be formed? Will Bob Page return? 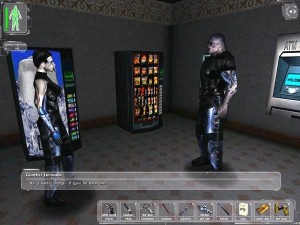 WILL WE GET LEMON-LIME WHEN WE WANTED ORANGE?!

I guess we’ll find out. Eidos has apparently stated that they’ve learned from HR’s mistakes, especially with regard to boss fights. (Why they ever thought farming them out to another studio completely unrelated to the rest of the game was a good idea, perhaps we’ll never really know.) I’ll be waiting for this one, folks. Have a look at the trailer: