“I hope you weren’t planning on being happy anytime soon.” -This Episode

“Sub-officer Dacon. You are a soldier. A brave hero.”
“No. Heroes always get killed. I’ll be fine.”

Well, Zhaan’s dead, and things just keep getting worse and worse. At least, that’s the general theme of this episode. It’s cruel, and painful, and filled with the message that no matter what you try to do, you’re just going to screw it up. In a way, this episode is an embodiment of the anguished mental state that comes on the heels of tragedy.

Throughout this episode, save for the tragic sight of him looking so lost at the beginning, Stark is trying to take Zhaan’s place to help the living as best he can. Being Stark, at times he’s quite good at it. At other times, screaming anguish-fits. I suppose feeling the deaths of billions of people at once will mess with anyone, in fairness. So if D’Argo can has Luxan hyper-rage; Stark can has hyper-anguish. (And what started as an editing typo there has turned to cat-speak, and I’m not going to correct it, because that’s just the way I am.) 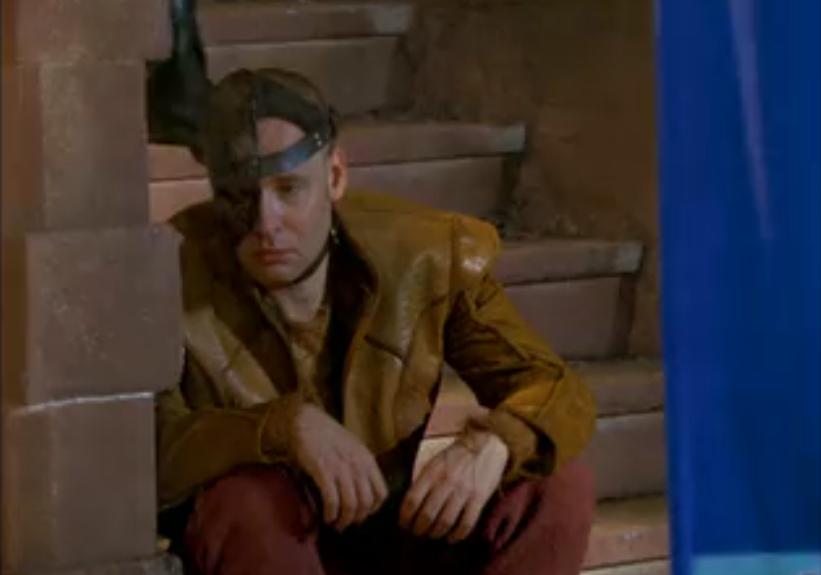 The stage for all of this? Farscape takes on time travel again and, again, manages to give it the unique Farscape twist. The means—through a tear in the space-time continuum that allows viewing by tourists—is new (at least to me, though it strikes me as also a rather Whovian thing to do as well so I wouldn’t be surprised if it was used somewhere in the decades of Doctor Who).

The tear also seems to serve as a way to keep the present connected with the past in the sense that those on Moya can see the effects of what Crichton et al. do in the past, as they “happen.”  Or, if I may bring math into this, they’re still connected in the sense that Crichton-time + n = Moya-time + n. It helps to show (rather than tell) the scope of what’s at stake as the others muddle their way through past events.

The other twist from what we usually see on TV with regard to time travel is that other shows would have them at last finding a way to fix the timeline and make everything all better again. But this is Season 3 of Farscape, and we can’t have nice things. Nothing can go right and so instead we get horrible death for all of the nurses. Even worse, given all of the other much more horrible outcomes we see, that’s probably the BEST they could have hoped for. 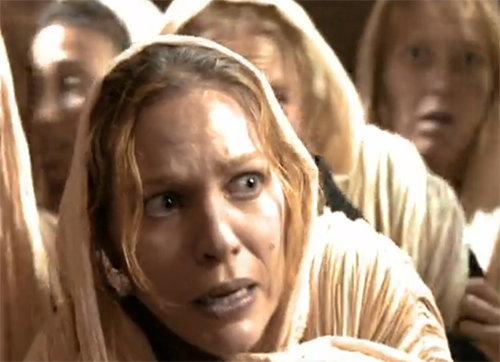 To the episode’s credit, doomed though the nurses are, they’re not relegated to simple, faceless plot devices. We get to know at least some of them as they interact with the crew. Of course, that makes things even crueler when they’re lost at the end. So kudos for Farscape for twisting the dagger. (We writers can be a cruel lot, can’t we?)

Oh, darn. Jool got shoved against a wall.

The guy whose name rhymes with “bacon” is the cook.

Harvey’s cowboy boots have “ANDY” written on the bottom. 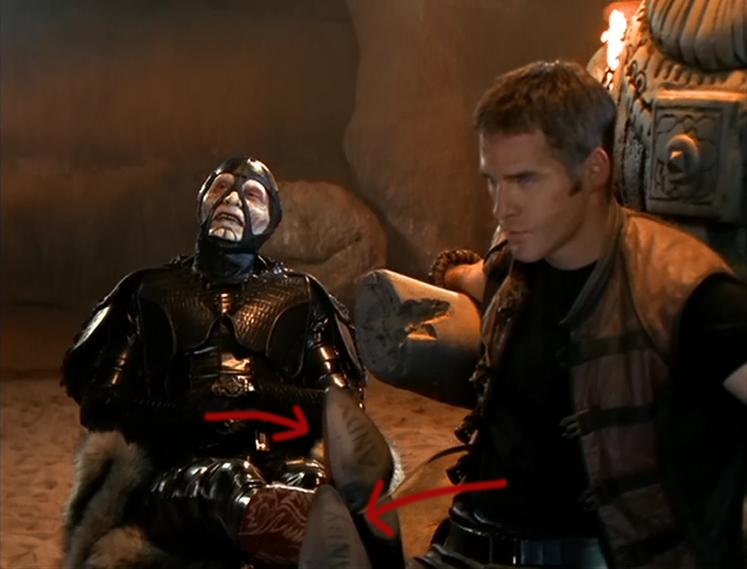