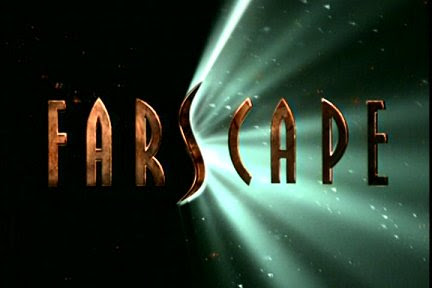 You know, given how many times plans don’t work on this show, you’d think there’d have been an episode titled “Plan B” long before this…

“What if Crichton’s worse, and won’t be rescued?”
“Well, that’s easy. I put a bullet in Crichton’s head, and end it.”

The third and final part of the Liars, Guns & Money three-parter, we’ve got plans, violence, death, and just a little mind-frelling. Now a prisoner of Scorpius, John endures having his mind entered while being strapped down to a big-ol’ metal sculpture from Natira’s apparent collection of Uncharted Territories modern art. Meanwhile, the crew tries to manage their gaggle of unstable mercenaries into rescuing him, and Moya struggles to recover from her damage with help from Talyn. 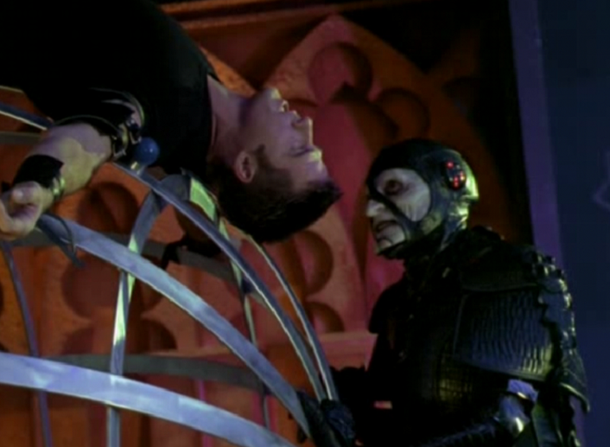 You know, most shows would probably just have him strapped down to a boring ol’ bed or something. Then again, maybe this IS Natira’s bed? It’s the Tempr-Pedic Sleepy-Sphere! Great for your back!

Yep, Talyn is back! (Welcome back, kid. Always great to see you! You brought Crais with you? Ah, well. Nobody’s perfect.) Actually, it’s great to see Crais too, given how much more complex he always makes things.

When I first watched the series, I never trusted Crais. I never forgave him for absconding with Talyn in the first place and always regarded him as a schemer who would always do what best served him before anyone else. (In short, I was exactly in line with what Crichton thought of him.) In this rewatch, knowing where his character ends up, I find myself putting more stock in what he says.

He’s doing his best to keep Talyn from being used for violence, and calls Aeryn out when she asks for help attacking the shadow depository. 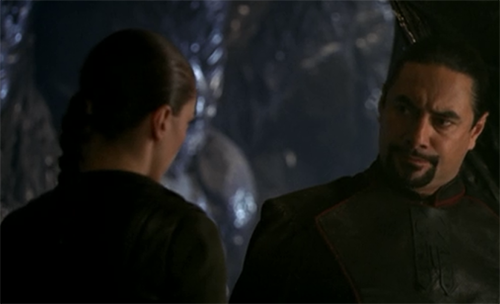 “I thought that you didn’t want to use Talyn for violence. You all said that from the beginning.”
“Yes, but this is different.”
“How? Is this violence more acceptable because it’s for you?”

I find myself wondering if Crais is just making excuses for staying out of the line of fire, or if he’s truly in the midst of turning over a new leaf here. He was, after all, trying to replace Talyn’s weapons with non-lethal alternatives. On the other hand, he lit out of there and left everyone else to the Plokavians…

Adding yet another layer are D’Argo and Jothee. In contrast to his happy reunion with his father last episode, this ep shows that Jothee’s got some resentment in him towards D’Argo for his enslavement after D’Argo sent him away to try to keep him safe. And really, it’s perfectly natural for the kid to have issues. Jothee doesn’t seem to blame D’Argo directly, he clearly loves his father and cares what D’Argo thinks about him, but there’s obviously some unresolved stuff there. It’s a complicated situation, and a testament to how much complexity Farscape puts into its characters.

Meanwhile, Stark comes up with an insane plan that can’t possibly work unless the entire group is made of robots. (I suppose it could maybe work if they had synchronized watches—but they don’t, and there’s no Best Buy close enough to pick some up.) Here D’Argo’s direct, impatient approach actually works. Sort of. I mean, sure, Rorf and Teurac die, the Zenetans betray them, Scorpius’s chip puts Crichton out of action, and everyone needs to be rescued by Talyn, but, for Farscape, that’s practically without a hitch. 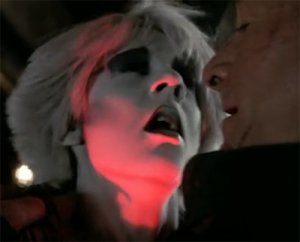 In my first viewing I actually thought the Zenetan leader killed Chiana in the few seconds before we find out it’s the other way around. But I should have known better. This show would never kill off a main character, right?

It all culminates in a huge, running battle-slash-chess match, with Scorpius anticipating moves and the crew using every single asset at their disposal. It’s one of Farscape’s best episodes, combining excellent character growth, explosive action, amazing production, and fantastic plotting. There are one or two rough moments. D’Argo, Aeryn, and Bekhesh overpower an entire hallway full of guards—who must have been fresh out of Imperial Stormtrooper Academy—worked a little too smoothly. But oh well. Five stars.

And Crichton is even worse off than before. 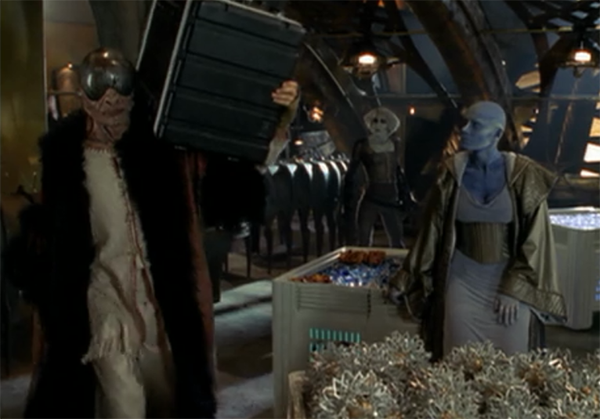 “Farewell, my friends. And thank you for teaching me to kill again.” 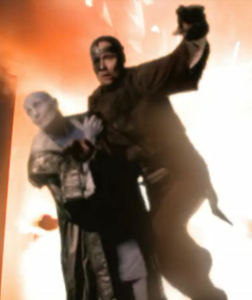 And then they put it in the credits next season.

Other Comments:
The only other complaint I have about this episode is Zhaan & Stark’s slow-mo dive away from the exploding generator. Even in 2001 it was an action cliché.

Crais says that coming back to save them and Moya was Talyn’s idea, and that he acted alone. Foreshadowing?

I guess Zhaan does have another direct interaction with Scorpius. If you recall the post for the previous episode, I’d thought the only time that happened was in part 2. 🙂