Okay, so this isn’t exactly a geek-related post, but–for the moment–we geeks all need to live on this planet. Carbon dioxide levels are a problem, and while cutting down on your carbon emissions is a great thing to do, it’s even better to find ways to take some of it OUT of the atmosphere entirely. One of the easiest ways to do this is to plant a tree, but if you live in the city like me, that’s easier said than done.

Below are three legitimate charities that you can give to who make it their business to get more trees out there, sucking up CO2. That’s what trees do. That’s all they do! They can’t be bargained with. They can’t be reasoned with. They don’t feel pity, or remorse, or fear! –Sorry, I guess I kinda slipped into a Terminator thing there. (But hey, it’s a geek blog!) Seriously, though, trees: highly useful suckers.

This site is from The Nature Conservancy, which was founded in 1951 and works in over 35 countries, including every state in the U.S. Depending on how you want your donation to be spent, they’ll plant trees in the United States or other countries in need of more breathable air. The site’s goal is to plant a billion trees by the year 2025, and so far they’re 16% of the way there.

American Forests is the oldest national non-profit organization in the U.S., and state on their website that they’ve planted over 45 million trees since 1990. As you might imagine, they’re focus on planting trees across the U.S., and make efforts to choose ther ight trees for a particular location with regard to wildlife and the needs of the area (cooling in urban areas, or filtering air and water). They often partner with Eddie Bauer.

Trees for the Future

Trees for the Future is focused on planting trees in developing countries. To quote from Wikipedia, they’re “a Maryland-based nonprofit organization founded in 1989 that helps communities around the world plant trees. Through seed distribution, agroforestry training, and in-country technical assistance, it has empowered rural groups to restore tree cover to their lands, protect the environment and help to preserve traditional livelihoods and cultures for generations.”

So, ya know, think about it! Even better, take action!

We now return you to our regularly scheduled geek-related programming. Look, here’s Serenity! 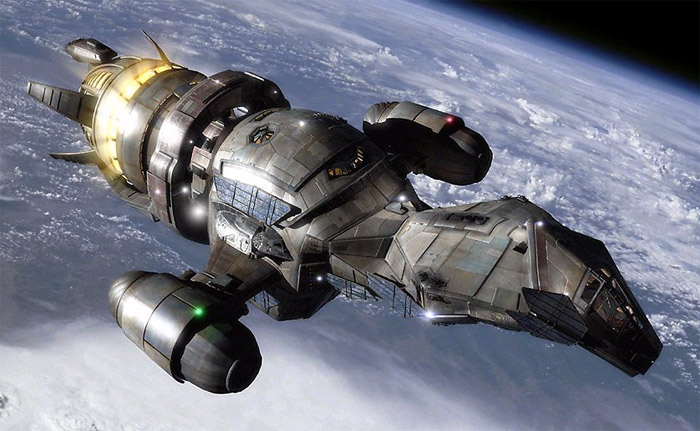