Finally, when someone asks if there will be an audiobook, I can give a definitive “Yes!” instead of pointing behind them and then running away when they look over their shoulder.

If you’ve been following me on social media (and if you’re not, then how the heck did you get here?), you might have caught the initial announcement a couple of weeks ago: the audiobook rights to Zeus Is Dead: A Monstrously Inconvenient Adventure have been acquired by Tantor Media. Even as I type this, they’re working on it for a late summer 2018 release!

If you listen to audiobooks, you may have heard of Tantor. It’s an imprint of RMB Media, which is currently the largest independent publisher of unabridged audiobooks. Tantor has produced audibooks from authors like Kevin J. Anderson, Peter F. Hamilton, Harry Turtledove, and now me! (Okay, so I’m a little excited.)

One detail that especially pleased me is that I had final approval over the narrator they selected. Tantor works with over 200 professional audiobook narrators, so while I was confident that whoever they selected would do a solid job, I was happy to have the chance to pick someone that I felt would be best for the book. I don’t mind telling you, listening to someone else “perform” a scene or two of my own writing was a surreal, fantastic experience. The selection is now official, and I’m excited to report that Travis Baldree will narrate Zeus Is Dead. From his bio:

Since first hearing Frank Muller’s audio work, Travis Baldree has been in love with the art of narration. An AudioFile Earphones Award winner, he has a versatile voice and a facility for character and dialog. Travis also runs a successful video game studio. 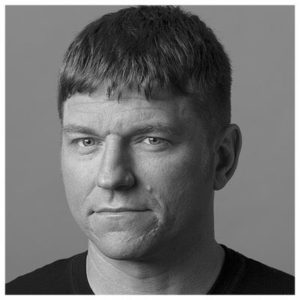 I’m even more pleased to report that he does a great Apollo, and he really gets Thalia’s character as well. I absolutely cannot wait to hear what he does with Baskin. Even better, he seems to enjoy the book…

THEM: “Are you interested in narrating this book?”
ME: *reads back flap*
THEM: “Well?”
ME: “Does this… does this say ‘venomous bat-winged kittens terrorize Nevada?'”
THEM: “Yes. Yes it does.”
ME: pic.twitter.com/zalkUtSklg

Incidentally, the video game studio mentioned in his bio? One of the games he made, Rebel Galaxy, got a previous mention on this very blog. How’s that for coincidence??

Tantor will release the Zeus Is Dead audibook on August 28th, 2018. (Click here for the page on Tantor’s website.) I haven’t gotten the official word on the price yet, but as of the time of this post, it’s listed at $6.99. Once it’s released, you should also be able to buy it on Amazon/Audible, Kobo, iTunes, audiobooks.com, and the Google Play audio books service. I can’t wait for you all to hear it!