I Game Because it’s Awesome
(Suck it Gone Girl!)

Playing video games has become fashionable, or at least that’s what my Facebook alerts tell me. This is a far cry from when I was young. My brothers had an easier time finding friends who shared their obsession for leveling up. My friends didn’t see the appeal in taking out an enemy with a headshot, bashing in headcrabs with crowbars, or facing off in a fight to the death. They’d rather watch Friends and talk about boys, which I thought was fun. Just not as fun.

I envied my brothers’ console parties in the living room, taking turns facing off in Mortal Kombat or Street Fighter. I’d get to play sometimes—as the older sister, I could strong arm my way into games for years—but let’s face it: Having your sister tag along is no fun. Especially when she wins and celebrates by mashing your face into the carpet (I have some regrets).

I can’t point to exactly when the tides changed and it became popular to game. It’s only recently that I became certain they had changed. I was under the illusion that I had just found the right people to hang out with starting in college. Walking onto campus changed everything. It was cool to be the girl who gamed. A friend and I would stake out a spot in the men’s dorm and play Tribes (for you young’uns, Tribes predated Halo by two years—which is like a million years in gaming time). We were women and we genuinely loved playing video games. 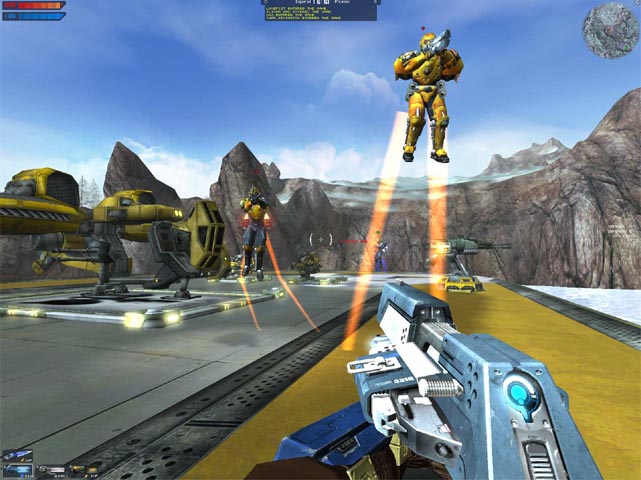 Gillian Flynn poked fun at women gamers in Gone Girl, calling them “cool girl” pretenders—women seeking to be the ultimate girlfriend. The girl who liked to game was supposed to be as rare and mystical as the unicorn. Now there’s Candy Crush, Plant vs. Zombie, and Farmville.

“But, those aren’t real games,” you say.

As a geek who started out on Atari and has sampled her fair share of RPG, FPS, and action-adventure in open world and linear play, I have to say that you’re probably right. That doesn’t take away from the fact that these new “time management” games have popularized the addictive appeal of Tetris. Video games dressed up as sushi stores, fashion shows, and flower shops have also added a more acceptable concept that was lacking in the most popular console and PC games: a lack of violence. The one thing my friends wrinkled their noses at in high school is missing and suddenly they are sending me invites to crush candies on Facebook. I hate those alerts. But I digress. 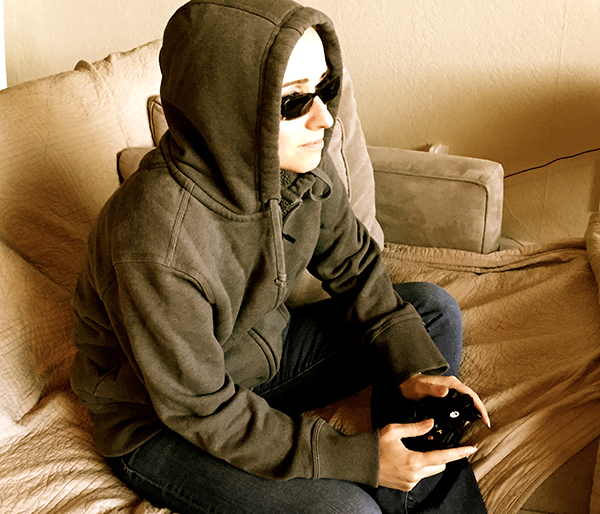 My Grand Theft Auto outfit. (Ambiance is the key to finding focus.)

Perhaps letting my geek flag fly works well because I’m in Seattle and we have a bit of a reputation to uphold, but I suspect it’s more than that. Most popular PC and console games allow people to connect through headsets and dialogue. People coordinate, plot, and establish friendships (I even know a couple marriages that got kicked off that way). I’ve argued that World of Warcraft guild leaders should be able to put their accomplishments on a resume. That’s a freaking full time job, and requires a lot of people skills. It’s also one of the reasons why there are some games I do not play. I have stuff to do, which wouldn’t happen if I got sucked into another universe. 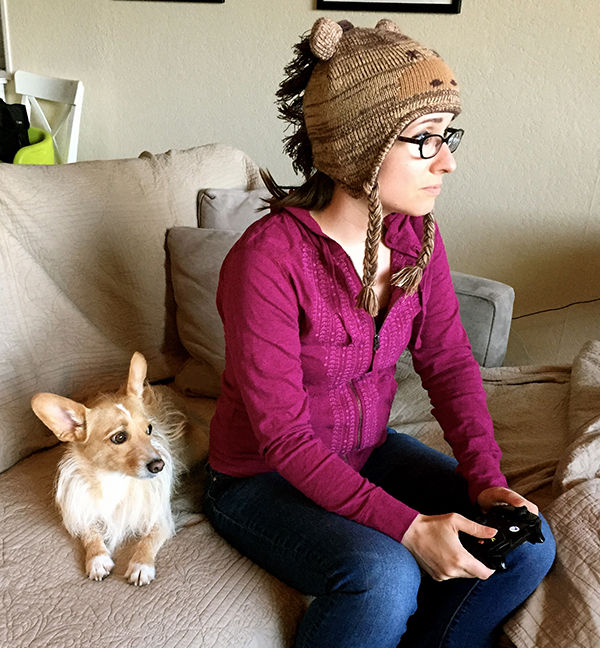 Whatever the reason, I think it’s awesome that gaming has become popular. I think it’s even more awesome that the ratio of male to female gamers is evening out. I’m not sure that applies to first person shooters yet, but it doesn’t matter.

To all of those women gamers out there: Whatever your game of choice, embrace your inner cool girl. It’s always fun to prove that some people make choices because it genuinely makes them happy. 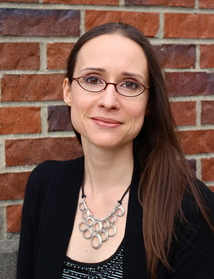 Camela Thompson grew up in the beautiful city of Seattle playing video games, watching thrillers, and fighting with her brothers. Now she spends her days as a systems analyst and her nights writing paranormal thrillers. She enjoys injecting the geekier elements of Seattle subculture into her writing along with powerful women who can think for themselves and mop the floor with their foes. Her debut novel, All the Pretty Bones of The Hunted series, is now available on Amazon.com. Blood, Spirit, and Bone is the second in the series and will be available on May 7, 2015.