Hi everybody, and welcome to another Guest Geek post! Today we’ll delve back onto the gaming world with a Twitter friend of mine in Washington, D.C. (and A Shadow in the Flames fan) who answers to Kelly but is better known as Capital Gamer. She’ll take us into the indie game developer world with a look at Camp Keepalive, which seems to be a fantastic idea for a strategy game, AND an interview with one of the developers. While this is the first time I’ve heard of Camp Keepalive myself, I can vouch for Kelly’s taste in games. She enjoyed XCOM, and introduced me to an awesomely creative puzzle game on Steam called Machinarium. Her interviewee looks to have some pretty good taste himself, and you just can’t go wrong in strategy with Sid Meyer as an influence.

But enough of me wording-around! Time for me to turn it over to my guest…

In a world full of mega-companies in the gaming industry, I make a habit of supporting local game developers in the greater DC area where I live. In 2013 at a game fest hosted by the Independent Game Developers’ Association (IGDA) DC chapter, I had the privilege of trying out a number of games by local devs, including Baltimore-based Twofold Secret. They were featuring their new turn-based strategy game, Camp Keepalive—a barrel of retro pixelated fun in which the player controls a team of camp counselors trying to protect campers from the ultra-creepy, lurking dangers of the wilderness. Using a simple set of gameplay rules and leveraging the special skills of each unique camp counselor, the player must navigate through successively more treacherous environments, rounding up campers to return to safety at the cabin.

After a bit of a hiatus from gaming (umm, one year old baby, hello!) and prying myself away from PS4 distractions, I finally downloaded Camp Keepalive and had the opportunity to catch up with one of the two founders of Twofold Secret, Joel Haddock. Joel and co-founder Chris Klimas were awesome and approachable through IGDA and Joel was kind enough to let me pick his brain on their game development philosophy, Camp Keepalive, and what they have in store for 2016.

Me:  How did you get started in game development and who has inspired you most?

Joel:  I’d always wanted to make games since I started sketching out Super Mario levels in my school notebooks. And while the ideas got a little more advanced as I got older, my ability to execute them did not. I played around with a lot of DIY game tools over the years (Adventure Construction Set, GameMaker, etc), but it wasn’t until I began working with Chris on Where We Remain as part of his graduate work that I finally saw a project through to completion. Once that first one was done, it was suddenly like… yeah, we can really do this!

Me:  What developers have influenced your style and approach to game development?

Joel: The developer who has probably inspired me the most would have to be Sid Meier, as I’ve probably sunk more hours into Civilization games over the years than anything else. Plus, growing up in the shadow of Microprose here in Maryland, it just seemed like he was this down-to-earth guy doing amazing things. Some of my other design inspirations would be Julian Gollop in his approach to game mechanics, and Richard Garriot in his approach to world-building.

Me:  The features I find most entertaining about Camp Keepalive are the Camp Counselor characters and clever commentary throughout the different levels. Are your characters based on anyone you know?

Joel:  Growing up, my parents used to ship me off to summer camp deep in the woods of Maine. So while the counselors take some cues from horror movie stereotypes, the sad truth is that a lot of those stereotypes were pretty accurate in real life, too…

Me:  Were there any big lessons learned during the development of CK that you have applied in your subsequent game dev strategy?

Joel:  Keepalive was the first game where we really embraced paper prototyping. Sitting down with a mockup of the game on paper and playing through over and over again really let us hammer out some core mechanics before we even wrote the first line of code. This saved us a lot of headaches later. It’s now a part of every project we work on. 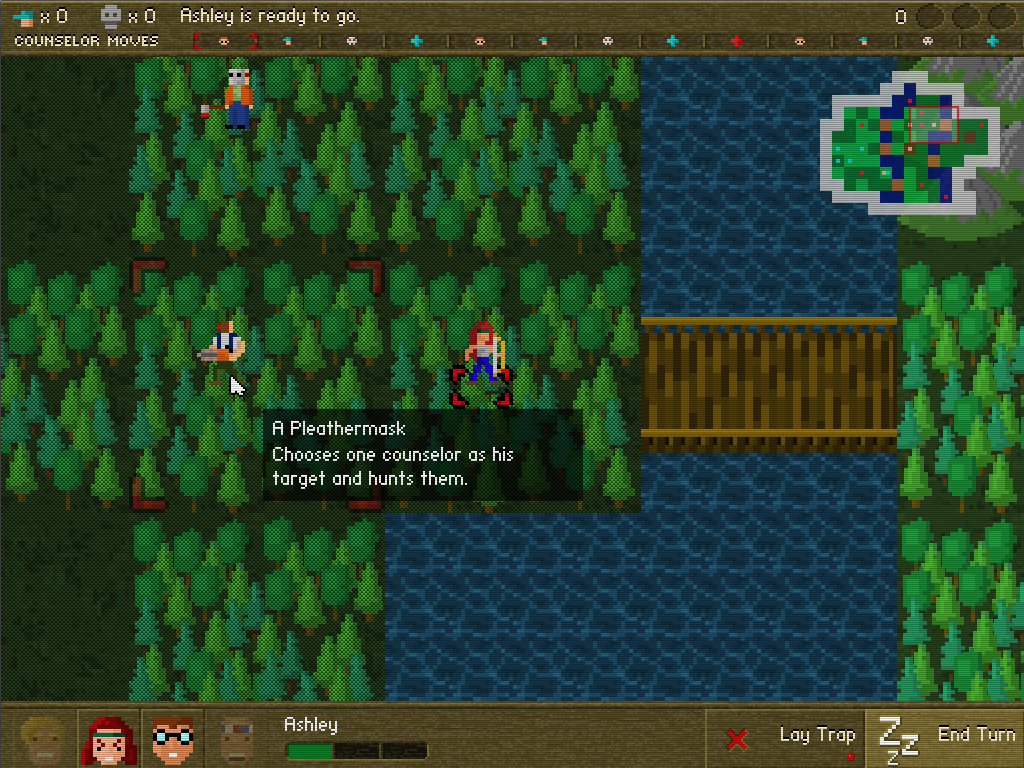 Me:  What are you playing right now? And do you have a favorite game of all time (what is it)?

Joel:  I actually just wrapped up Age of Wonders 3, and now I’m taking another crack at Legend of Grimrock 2. And for my daily train commute, I’m going through a deep nostalgia phase and replaying Final Fantasy IV (again). As for a favorite game of all time? Well, it’s hard to pick just one, but Civilization, X-Com, and Star Control 2 are certainly at the top of the list.

Me:  Any new projects on the horizon for Twofold Secret? Where will you demo your games next?

Joel:  We are actually in the middle of two projects at the moment! Trying something a little different (as we often do), and hopefully we’ll be able to share some more information shortly!

Me:  Any words of advice for young folks interested in becoming game developers?

Joel:  Start small, start with an idea you love, and find a partner to work with, no matter how excellent a coder/artist/designer you are on your own. Working together with someone you trust will help you shape your own ideas better, and you have someone to encourage you when you feel like things have gone wrong—and you will feel that way!

A big thanks goes out to Joel for taking some time to share his thoughts with us, and to Chris Klimas for just being awesome and making games!  If you are interested in checking out Camp Keepalive or their other projects, visit Twofold Secret’s website at TwofoldSecret.com. 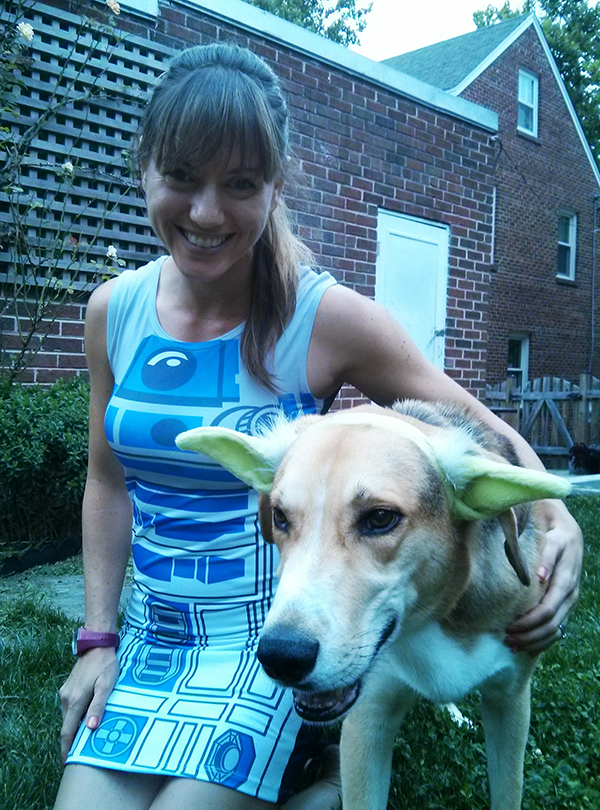 Kelly, aka Capital Gamer, is a cosplayer, gamer, blogger, and working mom living in Washington, DC. She began her gaming life playing Maniac Mansion on Commodore 64 and is proud to have accumulated blisters on her thumbs from playing too much Soul Calibur and Metal Gear Solid in the dorms at MIT. As a founding member of the DC Extra Life Guild, she raises funds for Children’s National Medical Center during Extra Life’s annual gaming marathon. She is also the face behind capitalgamer.com and loves supporting indie game developers in the DC area. You can also find her on Twitter and Instagram.