It’s Wednesday (or at least it is when this post is going up–the space-time continuum is confusing sometimes), which has come to mean it’s time for another Guest Geek post! This week’s guest is fellow gamer and sci-fi writer D.M. Cain. D.M. LOVES the Final Fantasy franchise, and you can believe she’s come here to make sure we all know just how awesome it is. I have to admit, being primarily a PC gamer, that I’ve only played the first two games in the series back in the NES days. (Yes, I’m old.) After reading this, it looks like I’m going to have to see what I can find for my PS3…

There’s only so much blasting the crap out of soldiers or monsters, or smashing cars into things you can do before you get bored of a game and start looking for something deeper and more engaging. And that’s where Final Fantasy comes in. Sure, there are hundreds of other games with excellent storylines (Assassin’s Creed and Suikoden being other favourites), but FF does something to me that no other game can. It manages to capture pretty much every emotion you can have in one thrilling plot. The storylines are deep, engaging, emotional and sometimes downright hilarious (dressing Cloud up as a girl to trick a sleezy old pervert in FFVII leaps to mind!) 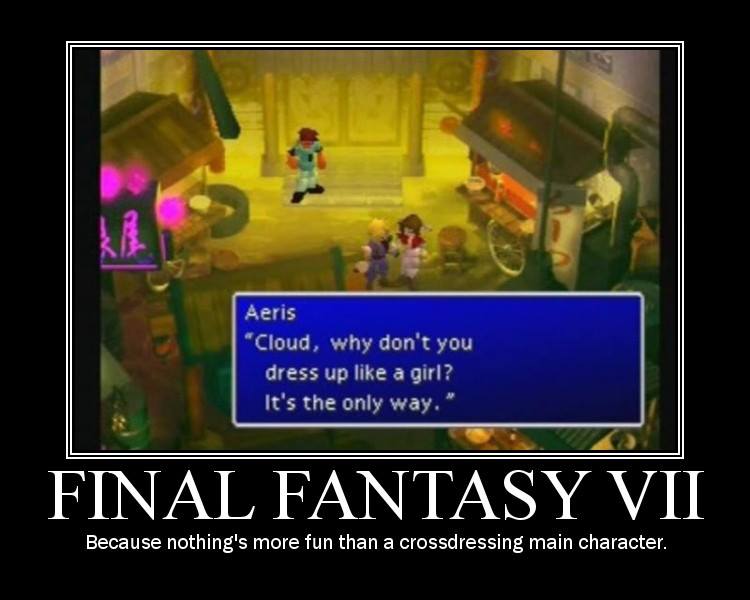 I love musical accompaniment to my game playing, and with other games I will often turn the sound down and whack on a bit of my favourite metal, but the music in FF is as much a part of the game experience as the graphics. It can be beautiful and haunting – A Thousand Words, Suteki Da Ne, Hymn of the faith, To Zanarkand (I actually had this playing at my wedding!). But it can also be epic and breathtaking – Liberi Fatali, Otherworld, dancing mad, pretty much any of the boss themes. And there is simply nothing quite like that moment in FFVII when you’re terrified of facing Sephiroth in the final showdown, you step into the battle, and One Winged Angel kicks in. 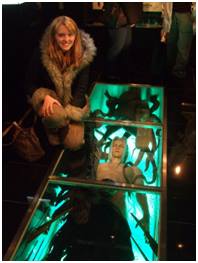 This is me by the life-sized Sephiroth statue in the Suqare Enix shop, Tokyo.

Though it could be argued (and almost definitely is) a simple money-making pursuit, Square Enix have really developed the wider world of the FF franchise and have given the fans plenty to get their grubby, geeky hands on. Whether it’s awesome figures (such as the gorgeous Cloud Strife and Fenrir motorcycle statue *drool*) or recurring comedy characters such as Cid, chocobos, cactuars and moogles, the Final Fantasy world just keeps on expanding and there is always more for the fans to love. As a super FFVII geek, I am delighted by the add-ons to that world such as the Advent Children movie, Dirge of Cerberus, Crisis Core, etc. 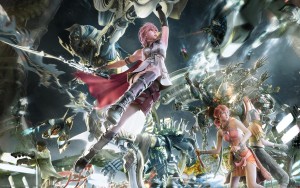 It wouldn’t be right to talk about Final Fantasy and not mention graphics. The stunning visual elements of FF are what catapulted it into stardom in the first place. These games have always been at the forefront of graphics and I remember the first time I laid my hands on each of the games being desperate to see what visual wonders I would be treated to next. One of the most stunning examples is every time Lightning summons Odin in XIII – which is simply breathtaking . Even the old graphics in 8 were amazing – Squall and Rinoa dancing, the opening scene.

Then of course, final fantasy X upped the ante with their opening and the emotional scene when Yuna performs the sending. 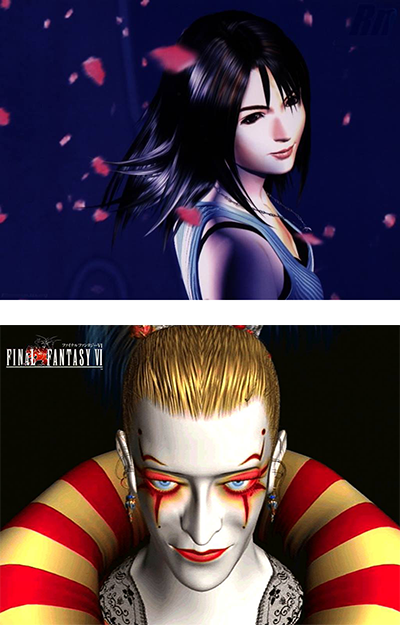 Above all those other elements, though, I would put character development as the most important. Who wants to follow around a character you detest? That’s the main reason I could never get behind games such as GTA – lots of fun, yeah, but the characters are detestable. Whereas, Final Fantasy has given us some amazing bad guys – Kefka, Sephiroth, Caius Ballad. It also gives us good guys you’d put your life on the line for – Cloud, Yuna, Noel, Lightning, Rinoa, Tifa, Aeris, Terra. Of course they’re not all winners (Quina for example…) but throwing yourself into a final fantasy game is like signing your life away for however many hours you’ll be playing (always upwards of 100 at least), and loving the protagonist is a must. After all, you’ll be watching them running around for all that time.

Of course there are so many other game series that are amazing and that can easily beat Final Fantasy on any one of these elements. However, it is the way each of these things is written into each and every game that makes the franchise something special. Now, excuse me while I head off to breed chocobos and score Knights of the Round. Again. For at least the ninth time… but it never loses its charm. 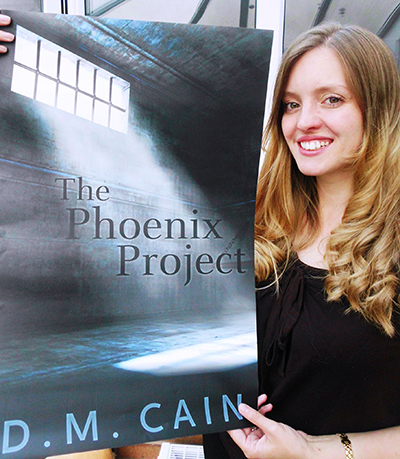 D.M. Cain has been writing since the age of thirteen, but her first full length novel was self-published in May 2014. The Phoenix Project is a psychological thriller set in a dystopian future. Her second book, released in October 2014, was A Chronicle of Chaos – the first in a dark fantasy series. In February 2015, she began to work with U.S. publisher Booktrope. She is currently working on the next novel in the series – The Shield of Soren and a short story to accompany it.

Cain lives in Leicestershire, UK with her husband and young son, and spends her time reading, writing and reviewing books, playing RPGs and listening to symphonic metal.