And now we come to what could be called the Return of the Jedi of Super Awesome Geek Show‘s John Adams’s Guest Geek post on his experience in the world of Star Wars. What more can I say that I haven’t already said for intros in part one and part two? So I’ll just shut my trap and let John back on stage…

I reached Seattle, with my brother, and started work at Nintendo of America testing games for them and enjoyed Star Wars still, but it was not a main focus for a while after moving here. I didn’t have a place to put my collection, so it stayed in an attic locked away in boxes. I became more involved with helping my friend j.me, who also moved to Seattle, get her career as a fashion designer of the ground (around 10-12 of our friends all moved from NY to Seattle around this time – it was like a mass exodus). We enjoyed our time out in various cities around the country doing run-way shows and meeting designers such as Donna Karan and the people behind Calvin Klein, Guess Jeans and such. We also met and worked with a number of bands, such as KMFDM, making clothing for their world tours. It was a great time making a ton of awesome connections and partying it up with musicians and fashion models. I do remember going to see the last prequel, “Revenge of the Sith” with j.me at the Cinerama here in Seattle, but Star Wars just wasn’t the main focus of my life at the time. I felt as though it was time that I had to listen to society and just “grow up”. 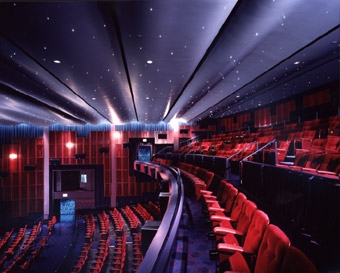 Mike’s note: I saw ROTS in the Cinerama myself, and sat in about the third seat in from the camera here…

After a summer at Nintendo, I started working at Half Price Books and within a year, became their Store Inventory Merchandiser (or SIM for short). My love of making toy displays in my bedroom when I was younger came in handy here and made me very good and successful at my job for this wonderful chain of used bookstores. I would go to a bunch of the stores in the area and create displays for them, as well as maintain the Bellevue location in the Crossroads Mall. I felt as though, I had settled into a good and decent career.

My father began trading stocks in his later years, and introduced me to the world of day trading. We started discussing stocks to purchase and what to hold onto and what to sell, when. I remember some of the very first stocks we bought together for long term investment were Hasbro and Lucasfilm for their ties to Star Wars. I knew Star Wars was a gold mine and anything attached to them would just sky-rocket. We had found something in common and something we could share a bond over and it gave us a reason to talk to each other almost every other day. I am very fond of my father and was glad that again, through Star Wars, I had made a connection with another cherished family member, and now we talk regularly to just talk – like old friends.

However, after another failed relationship kind of crippled me, I started to re-evaluate my life and eventually, I just felt as though something was missing. I had also lost a few friends and family members as I started getting older and all those deaths started to take a toll on me. I felt as though I was too young to be losing this many people in my life already. It made me start to look at my life and I was not quite sure I was who I wanted to be. My anxieties and depression were starting to take a huge hold on me, so at the urging of a good friend, who began counseling me and giving advice, started looking for what was missing.

Then, it hit me. Star Wars. I started thinking of what made me happy my whole life and Star Wars was it – the one solid thing that had always been there (that and comic-books). I got back into my art and photography and let Star Wars influence my creativity. I started showing my art at local galleries around the Seattle/Bellevue area and to my surprise, I was not alone in my nostalgia. Patrons of the galleries were coming in specifically to see my pieces and they spent time reminiscing about their own childhood and playing with the toys we all know and love. It brought joy to my heart knowing that I was not alone in my nostalgia and love of this wonderful universe. 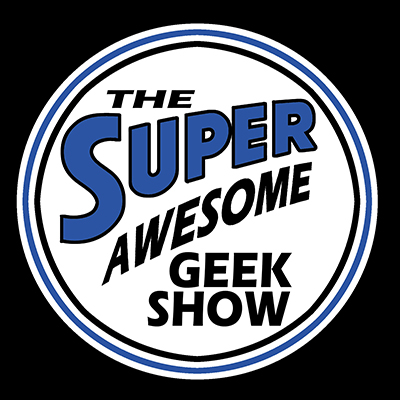 Together with some friends, we started a podcast called “The Super Awesome Geek Show” to give an outlet for my fandom of Star Wars, comic-books and all things geeky. I AM a geek and always have been, so why not embrace who I really am!? So, each week, my friends and I would geek out about a different topic in geek-culture. It was through podcasting that I found out about a few local Star Wars podcasts and discovered that Star Wars was alive and well in the geek community around Seattle.

I reached out and found a few local Star Wars clubs. One called SARLACC (the Seattle ARea Lucasfilm Artifacts Collecting Cub) and also S.T.A.R.S. Both of these clubs were started by a great bunch of guys who are known in the Star Wars community world-wide and they all have websites, podcasts and other various things to do with Star Wars and the community at large (Gus Lopez, Tom Berges, Jake Stevens, Criz B, Jason Lutrell, Ryan Beise, as well as many others). So, it was a perfect fit for me and my love of Star Wars. But I guess all this just wasn’t enough. My anxieties and depression were still there and getting worse.

The depression and anxiety I still felt, eventually led me to have a mental breakdown of sorts and they got the best of me causing my body to shut down and my digestive system just went on the fritz. I could not eat anything other than bananas and apple sauce for two whole weeks. I started missing work and my life was taking a downward spiral towards, well lets be honest here, a slow or possibly sudden death. My good friend, Jason (who started The Super Awesome Geek Show podcast with me) took me to the ER and finally a clinic, where I spent four and a half days. Jason brought me some Star Wars comics (as well as a few others) so, I had things to read and do while in the clinic. The wonderful people there helped me get to the root of my issues and together with my love of Star Wars, really changed my life. I am back and feeling better than ever. The new comics from Marvel Entertainment and now the new movies from Disney have brought new life to this magical world and really did help me through my stay at the clinic and draw me back out of my depression and help with the ongoing anxiety. (Hear my story on episode 67 of the podcast.) 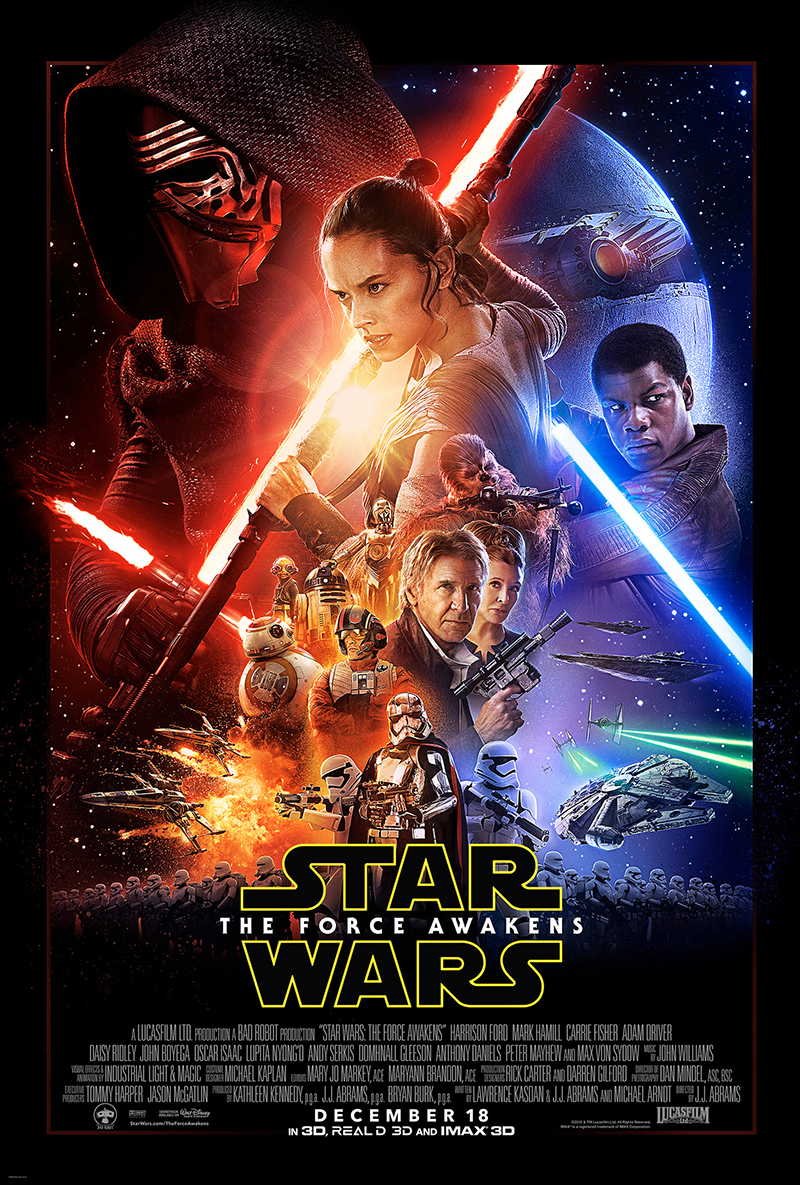 So now Star Wars is back! There are new movies on the way, new Star Wars toys to collect and new people to meet and get involved with through our joint love of Star Wars. I am so thankful to George Lucas for creating this wonderfully imaginative universe of crazy wacked-out characters and now grateful that Disney has taken up the helm with Dave Filoni, J.J. Abrams and Kathleen Kennedy making wonderful and fantastical new adventures and new characters to fall in love with.

Star Wars is more than just a movie to me. Star Wars was responsible for meeting some of my best friends in life. It encouraged me to open my own business. It helped me bond with my brother and in our later years, my father as well. Star Wars gave focus to my art and photography and through that, it helped me connect to the world in a way no other film has. Like an old friend, Star Wars has been there as something I always went back to, through the good times and the bad. It’s true, when I say; Star Wars may very well have helped saved my life. It is the one solid thing that has always been there and now, with all this new material, I am sure it will be there for the rest of my life and bring that same joy and excitement to many, many generations to come. Thank You, George, Dave, J.J., Kathleen and so many others that have worked on Star Wars through the years for all the magic and for bringing that magic to so many of us fans. I am that kid again – running through the isle with the children of today shouting with excitement at all the new Star Wars toys and merchandise. Thank you.

This is what Star Wars means to me. 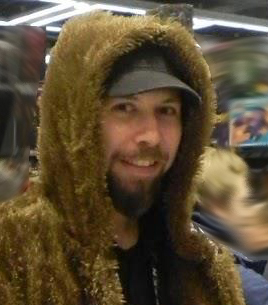