I’m pleased to announce a new feature here on Geek Notes that you’ll be seeing from time to time. It’s Michael Delegates Work! Er, wait. No, that’s probably not a good title. It’s called Guest Geeks! (Guest Geeks? Is that a good title? I’m bad at titles. Let’s just stick with that for now.) Every once in a while I’ll be posting an article from a fellow geek that they’ve written exclusively for Geek Notes  purely for your enjoyment!

Without further yammering, it’s time for me to kick my feet up and turn things over to the very first Guest Geek post. Please welcome author and geek Jonathan Gould…

What’s a dag like me doing with all these geeks?

I’d like to start by thanking Mike for having me here today. It’s always a pleasure to pay a visit to somebody else’s site, especially one which is so joyfully geeky. But I do have to begin with a clarification.

I’m not a geek. I’m certainly not a nerd. And I’m absolutely, positively not a dork. I come here before you as a proud dag!

I can already hear the obvious questions. What is he talking about? What on earth is a dag supposed to be? Do we really need another title for socially non-standard people?

The answers are simple (except maybe for the third question, but I’d rather not go into that). I suppose a dag is a uniquely Australian take on the social misfit. The title actually has a rather unfortunate origin. Dags are the little lumps of poo that stick to the wool cut from the rump of a sheep (for those not up with their Australian economic history – i.e. most of you – wool was for a long time Australia’s main industry). 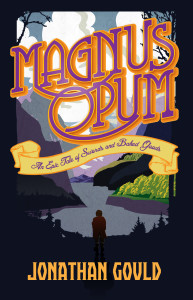 For a long time, being called a dag was (as you can probably guess from the origin of the term) not a very positive thing. Dags were the uncool people, the social misfits who nobody wanted to know about. But then, probably sometime in the ‘80s, everything turned around. Suddenly, being a dag wasn’t so bad. Suddenly, dag was being used as a term of affection for offbeat sort of people who liked to do their own thing without trying to follow the whims of fashion. Suddenly, every second famous person (i.e. actors, models etc.) was claiming in interviews that they really were complete dags (it actually got quite sickening after a while).

So what is it that makes someone a dag, and why is it so great to be one? I reckon it’s because dags are the most fun to be around. We’re the ones who tell the really terrible jokes, and totally don’t care if we get a laugh or a groan. We’re the ones who have no rhythm and no grace and will still dance around without any embarrassment. We’re the ones who will mix and match our clothes whichever way we want, without any mind to what some self-appointed arbiter has decided is appropriate or fashionable. In short, being a dag (A.K.A. being daggy) means living your life exactly how you want to live it.

And as a proud dag, I’m always excited to share the wonders of dagginess to the whole world. You don’t have to be Australian to be a dag. You don’t even have to be from New Zealand (even though our cousins across the Tasman have tried to purloin the expression). Anyone can be a dag, anywhere in the world. Just as long as you ignore the dictates of fashion and do the things you want to do, and you do them with a smile. A big part of being a dag is just being friendly and funny. We like to make people smile, even if we end up being the butt of the joke.

So, to everybody out there. If you’re a geek, or a nerd, or however else you judge yourself. You can also be a proud, bona fide dag as well. 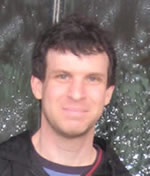 Jonathan Gould has lived in Melbourne, Australia all his life, except when he hasn’t. He never deliberately set out to be funny. For a while, he actually tried to be serious, but that only made people laugh more. So he decided he might as well go with the flow.

He likes to refer to his stories as dag-lit because they tend not to follow the rules of conventional genre but they’re a lot of fun to read. You might think of them as comic fantasies, or modern fairytales for the young and the young-at-heart. Over the years, his writing has been compared to Douglas Adams, Monty Python, A.A. Milne, Lewis Carroll, the Goons, Terry Pratchett, and Dr Seuss. He even once got nominated for a Goodreads Choice Award.