Today I return to the Land of the Guest Geeks, this time with fellow geek, author, and collector K. Williams. (Seriously, look at all those geek collectables! The best I can do is a tribble, a LEGO X-Wing and a Dalek Christmas tree ornament. …Well, and some few other things.) We all gravitate to our own particular flavors of geekdom, each of us drawing particular rewards, enjoyment, and encouragement. Today, she shares some of her own journey. Her story especially resonates with me as a writer—I can relate far too much to the gauntlet-O-rejection that is the publishing world. But even if you’re not a writer, I think you’ll love this one… 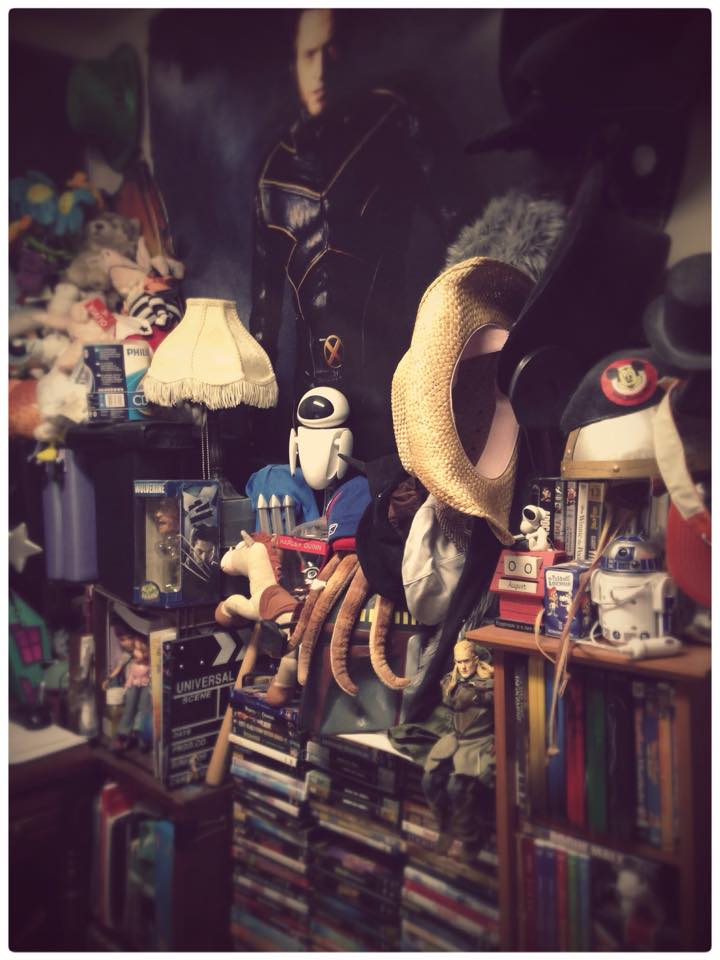 It was 2006 and the X-Men film franchise had been going since 2000. I had been one of those kids who loved the 1990s cartoon and to this day, I swear it came out earlier than that. I remember getting my Gambit and Rogue 12” action figures from Spencer’s and having to beg my parents for the money to buy them. Was I really fourteen? It seems so long ago that this fanship began—I often think I was much younger. Collecting has been a part of my life ever since (you should see my embarrassingly large Lord of the Rings collection). In fact, my office is shoulder to shoulder fan memorabilia—large X-Men Film poster, Star Wars and Star Trek, Dr. Who, a great big Cap shield. I have the worm from Labyrinth, Power Puff Girl Bubbles, Toy Story stuff…

But, let’s get back to how Geekery Saved my Life…

The year that Last Stand came out I had taken a promotion to the English Graduate Department at the University of Albany, as their secretary. It was decent enough job, but not what I had gone to college to do. I had studied English and History and was trying to publish my first book. It wasn’t going well.  Interacting with graduates was inspiring me to think about what I could do to improve my chances and my life in the meantime. Tuition was just too expensive and there was no way I’d get accepted into the program. Just prior to that, I had been in the purchasing department. That job had one bad perk—my supervisor was a massive perv. I couldn’t wait to get out of there. My self-esteem was really damaged and I had little confidence left.

Today, memories of working at my Alma Mater are full of bad mixed with meh. The few things that stick out from that time were my discovery of DeviantArt and the X-Men film franchise. Oh, and then there was landing an agent for my first book. I thought, at the time, that I had things pretty well sewed up, and my main frustration was the silly waiting game I had to play. I wrote a couple articles to flesh out my CV and make me more attractive as a writer. This was not something I had ever wanted to do. I didn’t study journalism, which is very different from literature. I did well though, or so my agent said. By the time I was thirty, I’d be published, right? Wrong. So much went wrong. I wasn’t at all prepared and the timing…not good. Is it ever?

I limped over to DeviantArt carrying the wounds of the publishing world and the hits I was taking elsewhere. Umpteen rejection letters had come in before the agent and they were still coming in now. I exercised my right to look for other representation, because my agent didn’t cover film. I wanted to write screenplays, not just books. The replies coming back to my work were mixed: “She’s the real deal.” “Keep an eye on this one.” “I wish you had gotten this manuscript to me sooner, I just signed another and can’t take on both. This needs too much work. It’s great though.” And, those were the good things that were being said about me. The essence of the feedback was that I was far from ready. At least most recognized that I had potential. Most didn’t tell me what I needed to fix to go from potential to reality. DeviantArt provided me a space to be with other artists, to chat and discover new things, to be seen as an artist. I became an amateur photographer in 2005. I dabbled in stock photos. Then I got better equipment and started shooting nature. I penned four screenplays, having successfully taught myself the basics, as I couldn’t afford college then, two adaptations of my own work and two originals. The depression lifted little by little, but the cloud bank wasn’t clearing completely. Then, my agent dropped me. The work was…un-placeable. The economy wasn’t doing well enough to take a risk on me. Maybe she was pissed I was looking at other agents and she somehow found out, my paranoia blamed me. “Blue Glory” from KWilliamsPhoto on DeviantArt

To be clear, the debacle with publishing had crushed my hopes and dreams of becoming a writer, as it almost always does with those attempting to break in. The rejection letters were too numerous. I wasn’t getting the instruction I needed to move up. I couldn’t afford to go back to school, I was still paying my undergrad loans. I could barely afford to get back and forth to my secretarial job. So, I took another job, working at FYE. That wasn’t the only bad stuff going on. What I don’t talk about often is the abusive relationship I had been dropped out of about the same time. I was in rough shape. The person that should have had my back, could have helped me a great deal through his connections, dumped me for another woman—mostly because I wasn’t content being a sometimes girl. Looking back, this was a good thing. Though he might have been able to do something, he was a danger to me and his leaving made me safe again. Even being a sometimes girl had left me mentally and physically ravaged. Sadly, I would have stayed, had he not walked away for better prey, a woman he got pregnant and tied himself inextricably to. I found out it was not the same one I had thought, that there was three of us in his web. What a shit! His name will never be uttered from my lips and I talk little about it, because I refuse to continue to give him power. So, this will probably be my last confession on that episode.

Limping along into 2006, my love of X-Men was rekindled with the third installment of the film franchise. It gave me something to be excited about again. Once I saw Last Stand, I started thinking, what if I wrote a story to take place after the end of this one? Oh, God, no! I wasn’t going to be one of those girls, scribbling away at fan fiction. Pathetic!

What I didn’t understand was, I needed to get out from under my first book and write something—anything! And, my heart was willing to let me write this. Writing anything was the advice of a fellow alum of UAlbany, and her words and encouragement stuck with me. “You need to self-publish that book and get out from under it. Get it out there in the world and move on. It’s killing you.” She was right. I needed to write in order to improve my writing and going around and around again with the same old book wasn’t helping. I was just reinforcing bad writing habits. I was sitting on something that people might like despite what a couple New York publishers thought. It would raise my self-esteem and raise me in the esteem of others. However, self-publishing at the time took a bit of green I didn’t have. So that would have to wait while I saved up and paid down my loans, and got a grip on my monthly bills. In the meantime, I could write other things. Maybe, somehow, I’d get my agent back or someone else would see me. Definitely, I would improve my skills.

Thanks to a friend of mine who I met on DeviantArt (poet NeverGetFooledAgain) I was cheerleaded into the work. She understood what I was going through, having a similar story of her own. The only question that remained: do I go through all the years of X-Men stories or do I stick with the films? Since the project was meant to be fun, I decided to stick with the film franchise. There was way too much material to juggle in the comic books, which had been going for 50 odd some years. I’d have to read forever before I could even get started. Besides, that might make my story line moot anyway, and then I’d have to do a ‘universe switch up’ thing just making the research moot. Such a tired trope, this alternate universe bag!

The result was two serials taking place years after the last film, each containing eleven entries. In short, a short story. I never wrote short treatments on anything. I’m verbose. This was something that plagued me through the writing of the first book. So that was good! At about 100 pages each, these complete stories taught me how to be precise and brief. My friends loved them. 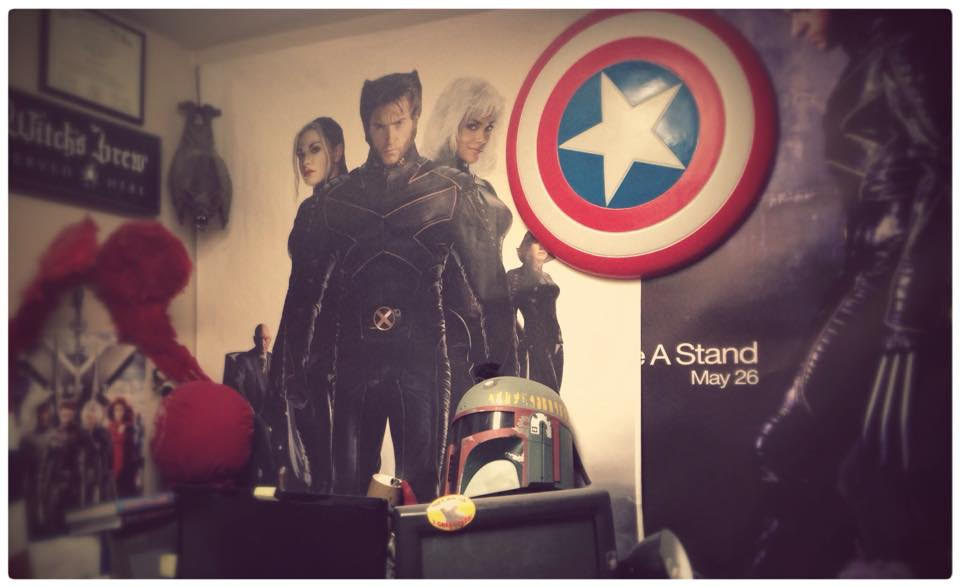 I haven’t looked at them in a long time. They’ve never been edited. They’re raw and will stay that way. I don’t want to touch a thing on them—unless Marvel suddenly comes knocking, but I won’t hold my breath. I might cringe if I read them now, but the point is that they are what saved my writing career, probably my life. I had all but given up, abandoned and bruised on the shoulder of the road to publishing. My depression was deep and it was teetering me on the edge of a despair that could have claimed my life.

So, my love of geekery had saved me. 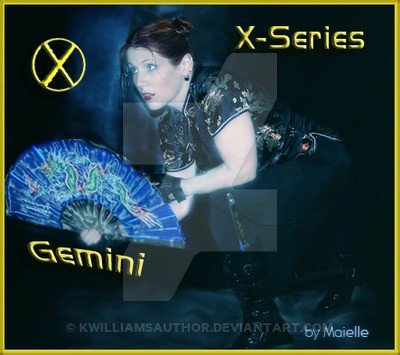 Born in Saratoga Springs, New York, K. Williams has enjoyed a now twenty year career in writing. K attended the State University of New York at Morrisville, majoring in the Biological Sciences, and then continued with English and Historical studies at the University at Albany (home of the New York State Writer’s Institute) gaining her Bachelor’s Degree. While attending UA, K interned with the 13th Moon Feminist Literary Magazine, bridging her interests in social movements and art.

In 2014, K completed the MALS program for Film Studies and Screenwriting at Empire State College (SUNY), and is the 2013-2014 recipient of the Foner Fellowship in Arts and Social Justice. K continues to write and is working on the novels of the Trailokya Trilogy, a work that deals with topics in Domestic Violence and crosses the controversial waters of organized religion and secularism. A sequel to OP-DEC is in the research phase, while the adaptation is being shopped to interested film companies.