A Memory in the Black, book two in my cyberpunk series The New Aeneid Cycle, just got it’s Booktrope re-release last week. So what could be a more fitting Guest Geek post than this one from electronica musician and fellow geek Seren Myamoto? Please welcome her as she talks about the Singularity, her love of the cyberpunk genre, and what we’ve got to look forward to from the technology the future! (Also, check out the music in her bio at the end. Besides being a geek, this woman’s got one heck of an amazing voice.)

I love all things cyberpunk, so when I recently watched Transcendent Man, a documentary about the futurist Ray Kurzweil, who is a director of engineering at Google, a computer scientist, author and inventor; I got really excited. In the documentary he discusses his predictions for the future of technology and talks about the singularity:

The technological singularity is the hypothesis that accelerating progress in technologies will cause a runaway effect wherein artificial intelligence will exceed human intellectual capacity and control, thus radically changing civilization in an event called the singularity. Because the capabilities of such an intelligence may be impossible for a human to comprehend, the technological singularity is an occurrence beyond which events may become unpredictable, unfavorable, or even unfathomable. – From Wikipedia

Kurzweil’s prediction for the technological singularity is 2045.

So with the endless possibilities that may soon be reality, I give you my top 5 sci-fi technologies I look forward to.

I would definitely want vision enhancements, regeneration and the environmental resistance. Ray Kurzweil says of nanotech:

“It’s radical life extension, the full realization of nanobots will basically eliminate biological disease and aging. I think we’ll see widespread use in 20 years of [nanotech] devices that perform certain functions for us. In 30 or 40 years, we will overcome disease and aging. The nanobots will scout out organs and cells that need repairs and simply fix them. It will lead to profound extensions of our health and longevity.” – Interview with Computerworld

Who doesn’t want to download Kung Fu skills? One day even immortality may be within our reach. If I could back up my memories to a super computer, I wouldn’t hesitate.

“If you draw the timelines, realistically by 2050 we would expect to be able to download your mind into a machine, so when you die it’s not a major career problem. If you’re rich enough then by 2050 it’s feasible. If you’re poor you’ll probably have to wait until 2075 or 2080 when it’s routine.” – Ian Pearson, another futurologist speaking to The Observer.

There have been great recent films such as Her and Wall-E that depict AI in a favorable light. There have also been technology and science heavyweights like Bill Gates and Steven Hawking in the news warning us of the dangers AI pose to human civilization. I instantly picture Skynet when I hear their ominous warnings. Maybe we should be careful. However, there’s so much AI could bring to us it’s hard not get excited and be optimistic about it.

“Ultimately, the most important approach we can take to keep AI safe is to work on our human governance and social institutions. We are already a human-¬machine civilization. The best way to avoid destructive conflict in the future is to continue the advance of our social ideals, which has already greatly reduced violence.” – Ray Kurzweil in Time magazine

In the pattern of exponential growth, we use the latest technologies to develop the next, so imagine if AI were to start helping us develop technologies and solutions to our age old problems? I say it’s worth the risk and if Skynet does happen, it’s probably safe to say we’re in some kind of paradox and if we survive, we know the drill – track down John Connor and befriend an Austrian Cyborg.

One of my favorite AI characters ‘The Doctor’ from Star Trek Voyager pictured with Seven of Nine. Some wonderful episodes in the series explore deeply what it means to be a sentient being…

Commercial space flights are currently being tested by Virgin Galactic. At the moment, they are only an option for the incredibly rich and wealthy. However, with the exponential growth of technology, demand, and price performance, prices will drop, so hopefully the rest of us can soon join in with the space adventures.

Might be pushing it, but a note to Virgin Galactic, I’d like to see one of these in my lifetime. 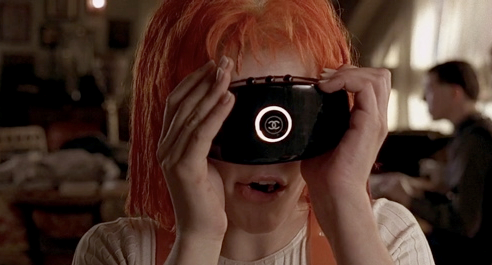 When the singularity happens, I want to look fabulous. 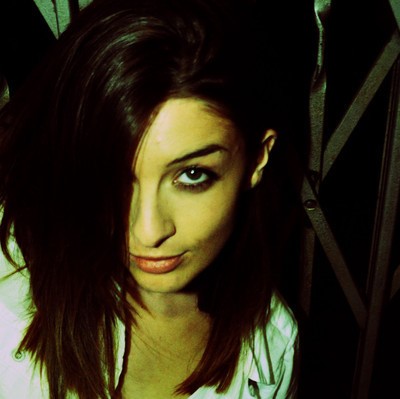 Seren Myamoto is an electronica musician from North Wales and currently lives in New York. Seren is now working on her next album and spends the rest of her time reading and playing video games.

You can listen to her debut e.p. at https://soundcloud.com/myamoto-music.