After a Norwescon-induced hiatus, the Guest Geeks feature is back! This time up, my guest is sci-fi/fantasy geek Tammy Thomas. Now, I’ve always found David Tennant to be my own personal favorite Doctor, but I have to admit that Tammy has got the best and most touching argument I’ve ever heard for why the ninth Doctor is the best doctor. Take it away, Tammy!

Christopher Eccleston is the Best Doctor

Nu Doctor Who celebrated its 10th Anniversary on March 26, 2015. Everyone has been discussing the best and worst episodes and which Doctor has made the most impact. Christopher Eccleston is our favorite Doctor, but not for the reason you might think.

My son is an achondroplastic dwarf. In this type of dwarfism, the lengths from the shoulder to elbow and the length from the hip to the knee are shorter than normal. Also is his case, his spine impacted his skull, so liquid collected in the brain area.  After your child has neurosurgery at six months old, you could a totally different view of life.  Delayed speech is another issue. However, he still has a great attitude and sense of humor.

He was four and a half years old when Nu Who finally premiered on the Sci-Fi channel in the US. We sat down in the huge rocker recliner and I explained “I liked this when I was younger, you might like it too. Let’s find out.” The episode “Rose” started. He was mesmerized. He could not take his eyes off of it. He sat still for two hours while the original two episodes premiered.

The next week, you could bribe him to do anything with a simple mention of Doctor Who. All one had to say was “Your Mom won’t let you watch Doctor Who next week.” It did not matter what he was doing, swinging too high on the swing, acting up in class, whatever it was, the words Doctor Who brought immediate agreement and total obedience.

Up until this time, my son had not said any truly legible words. “Mamama” was for me, “Dadada” was for Dad, “Aha” was for our dog Sasha and “uana” was for our iguana, Quinn. My son and I sat down, the following week, to watch another great episode of Doctor Who. It was Eccleston’s first episode with Daleks, the one where they land underground in the great state of Utah. We, both, had been looking forward to it all week. The show started with the TARDIS materializing. From my right, I hear “Mommy, TARDIS.”

I immediately looked towards my son, he was pointing at the television screen. “Say what!?!” I said.

So whenever you ask me, who is the best Doctor, you will receive a resounding “Christopher Eccleston” every time. 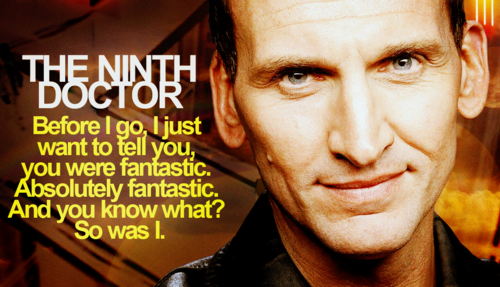 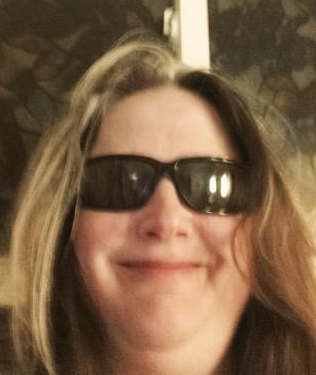 Tammy Thomas is a lover of most science fiction & fantasy. Whovian, Trekkie, call her what you want, just don’t call her late for her sci-fi fix. Tammy is the co-admin of two Doctor Who Facebook pages (The Last of the Timelords and The Cult of Skaro), and is proudly raising the next generation of super fan.