It’s time again for the blog series where I let other geeks do the work while I sit back and be a gracious host! Today on Guest Geeks, author and filmmaker William D. Prystauk joins us to talk about the behind-the-scenes world of putting together a film. Please make William (call him Bill) feel at home, and help yourself to the canapes and chocolate-covered bacon…

Behind the Scenes Boondoggle

Rockin’ Michael G. Munz asked me to write about the behind-the-scenes of filmmaking, and from personal experience, I must say it’s both amazing and terrifying.

Last June, I directed and produced the crime thriller CASE #5930, written and co-produced by my friend and active duty police officer, Paul J. Williams. We’d been planning the thirty-minute short from the summer of 2013, and thought we had everything squared away: actors, crew, locations, costumes, props, and food. The good news is that we really were ready for our four-day shoot.

However, every film you watch, whether it’s “no budget” or a Hollywood blockbuster, whether it’s amazing or the worst piece of garbage you’ve ever seen, is a miracle. As a writer, I may have to sweat it out on the keyboard, hone my craft, and conduct substantial research to bring a story to light, but with a film, once again depending on budget, it will take a small group of people to hundreds of souls to make it happen. This means every day is pre-loaded with pressure to get it done before something goes wrong. 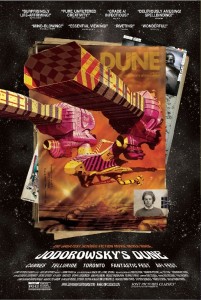 Right now, you can take a look at Jodorowsky’s Dune on DVD, and you will witness the slow, painful death of a film before it ever gets off the ground. Jodorowsky, celebrated for his avant-garde films like El Topo and Santa Sangre, had everything: artists (HR Giger), special effects (Dan O’Bannon), cast (Mick Jagger, Gloria Swanson, David Carradine, and even Salvador Dali, among others), music (Pink Floyd, Magma, Tangerine Dream, and more), and a complete storyboard for every damn frame. But the money wasn’t there (apparently, pre-production soaked up roughly two million dollars). Jodorowsky and others traveled to Hollywood and made the rounds in Los Angeles, but none of the studios shared his epic vision. Now, this version of Dune is considered to be “the greatest movie never made.”

But don’t think that when the cameras roll (unless you use digital), that the production is safe. Filming of Furious 7 was put on hold due to the death of Paul Walker. Dark Blood, which came to a screeching halt in 1993 after River Phoenix over-dosed, was finally released for posterity in 2012, though the film is incomplete. Extra scenes with a body-double for Brandon Lee were used to fill in the gaps of The Crow after Lee was accidentally shot and killed on set. And when Heath Ledger passed away while making Terry Gilliam’s The Imaginarium of Dr. Parnassus, production ceased until the script could be rewritten to accommodate existing footage of Ledger. Johnny Depp, Jude Law, and Colin Farrell filled in for Ledger in an intriguing way, and they donated the money they would have earned to the fallen star’s daughter, Mathilda.

But this wasn’t the only filmmaking immersion into mayhem for Gilliam. If you want a double-header of despair with Jodorowsky’s Dune, then indulge in Lost in La Mancha first. This 2002 documentary uses a ton of behind the scenes footage to chronicle Gilliam’s biggest catastrophe while shooting The Man Who Killed Don Quixote. 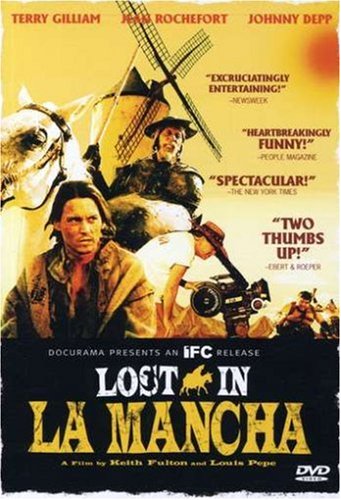 With any Gilliam film, one can expect a fantastical set, amazing costumes, and an array of wild characters. This production was no different. The problem is that investors in the film agreed (under contract, of course) that the movie could only move forward if the following three principals were intact: director Gilliam, star Johnny Depp, and co-star, French actor Jean Rochefort. But when the latter complained of back problems and had to leave the set, that was it for the film. It didn’t matter if Rochefort could be replaced, and it didn’t matter that everything else was moving along and that several days of shooting were in the can. The movie was never made (though Gilliam announced a couple of months ago that he’s willing to give it another shot.)

On the set of CASE #5930, I thought of all of this. Every damned disaster. Unlike Hollywood, Bollywood, or large independent studios, my Crash Palace Productions couldn’t financially afford to take a hit. After all, the movie only came together due to a successful Kickstarter campaign, and Paul and I didn’t want to let anyone down. Thankfully, the crew was professional, the actors were prepared, the weather co-operated for the most part (it was four days of outdoor shooting), and nothing went awry.

My advice to anyone wanting to make a film: 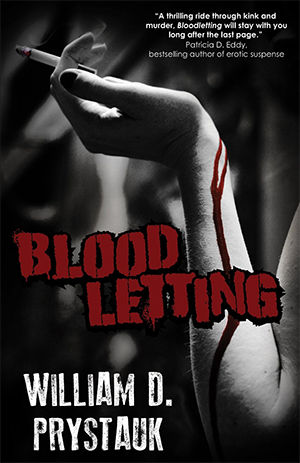 Yes, when you rent that DVD or kick back in a theatre, you are watching a miracle. As an audience member, you may not know how the whole film almost fell apart, or how it really came together, but you are seeing the end result, for better or worse. Collaborative art may be the most difficult to pull off because ego is involved (think of all your favorite bands that imploded due to “creative differences”), but when it works, man, can it rock our world.

But keep this in mind: timing may indeed be everything. After all, if production of Fight Club had been delayed for any reason, we’d never see it made in a post-9/11 world. So the next time you hear that a movie is in production and you can’t wait to see it, you’d better hold your breath and say a little prayer. They may just need a miracle to make it happen. 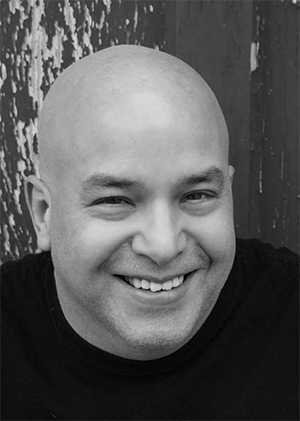 An award winning screenwriter, filmmaker, and educator, William D. Prystauk began writing stories in first grade when he still had hair. His short film, CASE #5930 is in post-production, and he hopes to direct David McDonald’s horror feature, VINDICTA, next year. William’s hard-boiled crime thriller, BLOODLETTING, is available in paperback and Kindle from Amazon. An active member of the New Jersey Screenwriter’s Group, Bill teaches English as an assistant professor at Kutztown University of Pennsylvania. When not writing, he’s busy co-hosting The Last Knock horror podcast on iTunes. Bill enjoys life with his wife, author and editor Ally Bishop, and their two puppies, Suki and Karma. He’s proud of his alternative music and horror movie collections, and the fact that he never leaves any sushi behind.