Vampires. They’re everywhere: In our cinema, in our nightmares, and sometimes in our kitchens. (What, you think English “blood pudding” is something a rational human being actually thought would taste GOOD?) Well, now they’re in the Guest Geek series! Yep, it’s time for another installment of Guest Geeks. My guest this time is Z.D. Gladstone. She was kind enough to have me on the Shadows on the Sound podcast a little while back talking about Greek mythology, so I invited her to drop by Geek Notes. Z.D. has given us a post that combines two of my own interests: psychology and vampires.

WARNING: This post contains a single reference to Twilight and implies that characters within Twilight may be vampires, despite the fact that we all know that vampires do not sparkle and anyone who claims otherwise is a ludicrous ninny-pants. Z.D. did acknowledge this when I pointed it out to her, and does apologize, but we decided that editing that out of the post would probably take precious seconds of time that could be better put to use eating some manner of ice cream cake.

As a writer, podcaster, and unapologetic nerd, I am a woman who does her research. I don’t care if it’s figuring out the name of the guy who invented the “equals” sign (it was Robert Record) or finding a decent recipe for fish fingers and custard (being human, I like Alton Brown’s version the best), I like to know what I’m talking about. So in preparation for an upcoming Con panel, I’ve been watching a LOT of vampire anime. Basically 2015 has turned into the Year of the Vampire.

It’s also the Year of the Breakfast, but that’s a different post.

Now, I like a good vampire story as much as the next person (who hasn’t gone through a healthy Goth streak at some point in their adolescence?), but there can be too much of a good thing. And frankly my recent exposure to high levels of vampire brooding has started to give me hives. The solution? Intellectualization! If there are going to be that many brooding vampires in the world, we need a precise, scientific method for measuring their melancholy! So I put on my soft-science geek hat, took some notes, referenced some old psychology textbooks, and VIOLA! I present to you:

Or, you can just call it the Vampire Broodometer for shorthand. I developed this tool based on some basic principals, starting with these dictionary definitions of the adjective “brooding”: showing deep unhappiness of thought; preoccupied with depressing, morbid, or painful memories or thoughts. That is our primary characteristic—if a vampire doesn’t fit this basic description, there’s no point in applying the UDPI. If he* does, however, then apply the following simple pseudo-psychological assessment for easy comparison between moody undead bloodsuckers. 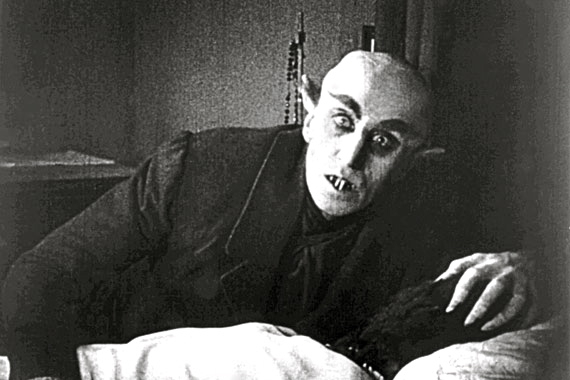 Michael’s note: Many older vampires will recoil when presented with psychological testing, so proceed with caution.

A completed UDPI score appears as a string of letters and numbers in three sections, separated by the slashes. For example: 2005/SGSP/4. That may look complicated at first, but it’s actually pretty straightforward, so let me break it down for you. The first part of the finished code is simply the year the measurement was taken. Vampires live a long time, after all, and their psychological states are changeable. So our example score of 2005/SGSP/4 means that this score comes from an assessment of the vampire’s broodiness in 2005.

The next section will be a series of four letters. I based this section of the assessment off the Myers-Briggs Type Indicator, or MBTI. Before your eyes glaze over, let me point out that you’ve probably taken at least part of this personality “test” before, because they’re very popular in high schools. It assesses four personality traits, namely: Extroversion/Introversion, Sensing/Intuition, Thinking/Feeling, and Judging/Perceiving. The results are coded in four letters, such as: ENFJ. Sound familiar? Ok, except these don’t really apply to brooding, so I’ve created these trait scales instead:

Sad/Mad – Whether the vampire’s emotional baseline is primarily melancholy or angry.

Isolated/Grouped – Does the vampire typically live alone or with others?

Obsessive/Avoidant – Vampire brooding tends to fixate on an individual, either living or dead (or undead). This section of the assessment measures whether the vampire hangs around that individual (or, if said individual is dead, hangs around the grave, or places that remind him of the deceased), or prefers to distance himself, physically and/or mentally.

Pacifist/Violent – A brooding vampire is usually either penitent or vengeful. Or both. This may express itself in self-denial and pacifism, or through aggressive acts in the name of justice. Or both. But the primary state at the time of the assessment is to be recorded in the score.

Honestly, I think most of us can just tell where a vampire falls on these scales—they are not subtle characters. But just for fun, I’ve created 20 item questionnaire to help you figure it out, and posted it on my blog!

The last part of our results code is a number from 0 to 10, which indicates the inspiration for the over-all level of broodiness. Don’t be fooled by a low number—remember we’ve already determined that this vampire is brooding, it’s only a question of how much he’s got to brood about! This number can be calculated by tallying the “yes” answers from the following questions:

Did the vampire in question…

Got all that? Great! That’s all there is to it, now you can apply this to your favorite brooding vampire characters (or other supernatural beings) and compare them in Brood-offs! Here are some sample scores from popular brooding vampire heroes:

Kaname, from the popular anime and manga Vampire Knight: 2005/SGSP/4

I’m hopeful that this will catch on. I hope to see these scales references in essays, books, Wikipedia pages, and literary journals. Best-case scenario? We’ll start to see Brooding Undead Trading Cards, with the UDPI scores printed at the bottom. And if you’re the one to create them, please feel free to show your appreciation by kicking back a little of that profit my way.

____
*Yeah, that’s right, I said “he.” Male vampires have cornered the market on brooding, I’m not going to be all PC about it. 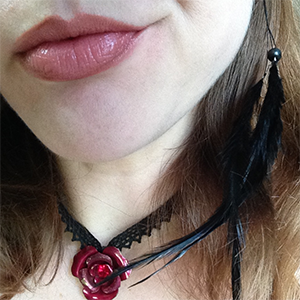 Z.D. Gladstone is a die-hard, displaced Pacific Northwesterner who spends her time writing and reading, cooking and eating. Her professional background is in psychotherapy, with side adventures including personal chef, life coach, and surgical assistant. She sincerely hopes that ‘published author’ will make it into the mix eventually. When she’s not doing one of the above, she’s probably watching anime with her cat and/or husband. Share in her passions for food and fiction at her blog, zdgladstone.blogspot.com, or listen to her geek out with Camela Thompson on their podcast, Shadows on The Sound.