My memories of my original viewing of this episode are spotty, but a few things do stand out in my mind: My friend Nick remarking on how he loved Cooper’s reaction when Andy drops his gun. My own amazement (No, that’s too strong a word. Mild surprise?) in finding out that Andy and Lucy were a couple. (I’d somehow missed the earlier, more subtle indications.) Everyone in the dorm lounge bursting out in laughter due to the llama moment. Oh, and, this being the first episode with the now iconic sketch of BOB, I’m fairly sure that Nick wore his “Have you seen this man?” t-shirt–the same type of which I would get for myself on a trip to Snoqualmie a year or so later.

Sarah finally tells the police about her vision of BOB. …Though I suppose “go to the police” probably isn’t the first thing people think about when they have weird supernatural-type visions. Then again, this is Twin Peaks, where people do strange things and teenagers are allowed in bars. 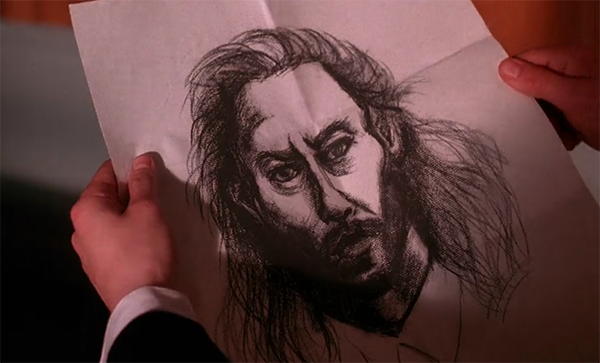 The eyes were a bit closer together.

More Invitation…to Love. I wonder if ItL will show up in the revival? Lucy’s got more interest in the show than in Andy right now, given the cold shoulder she gives him. Why is Lucy mad at Andy? It’s one of the show’s minor mysteries, though that gets resolved soon enough–though of course not in this episode. It’s good that some mysteries on the show, even minor ones like this, are resolved. It gives the viewer the energy to keep forging onward into the larger mysteries, like a dangling carrot.

“Agent Cooper, the problems of our entire society are of a sexual nature.” I guess Dr. Jacoby is a Freudian. Jacoby mention’s following a man in a red Corvette that Laura told him about, further putting more (false) leads at Leo.

And it’s Gordon Cole! He’s not really yelling yet, though. I guess they hadn’t developed the character that much at this stage. Did Lynch ever plan to actually appear on-screen, or was this originally just intended to be a voice-cameo? 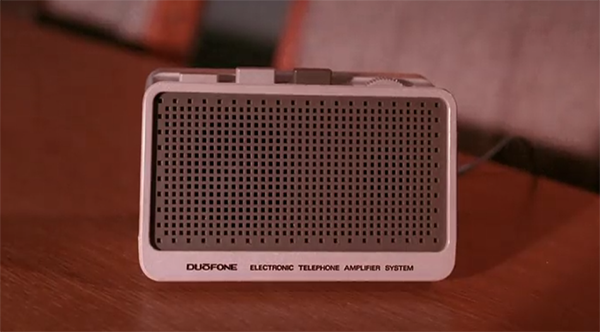 Meanwhile, at the Timber Falls Motel, many doin’s are a’happenin’. Now it’s awfully coincidental that Phillip Gerard the one-armed man is staying at the same motel where Ben and Catherine are having their tryst, and that Josie is out there as well, watching them. Then again, as Cooper will later say in season two, “Coincidence and fate figure largely in our lives.”

Andy dropping his gun is about the only time Cooper loses his cool, isn’t it? 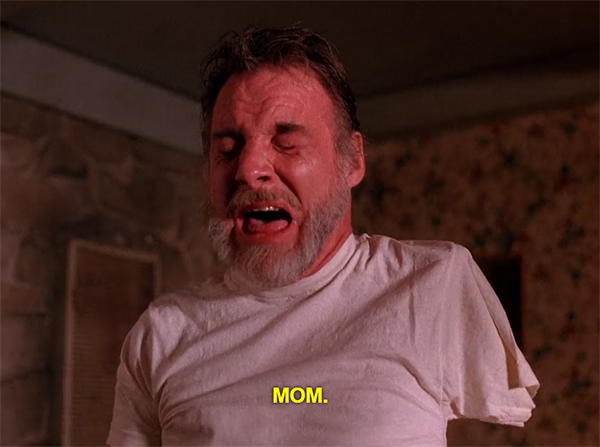 Mr. Gerard gets awfully emotional about his tattoo, huh?

The way Hawk is crouched down over the oil slick from Josie’s car in the motel parking lot seems to heavily imply that he can actually track a car by its tracks. (Or did Hawk actually see Josie when he arrived and he just did the crouch thing to make it look like that, for kicks?)

And hey, it’s time for everyone’s favorite ex-con, Hank! Right from the start he’s playing his manipulative game of false contrition and feigned earnestness. He’s good at it, at least enough to fool us viewer-types for a little while. I think even Norma is a little unsure about it, since she does seem to be doing what she can to help him get parole.

This is also the episode where Audrey begins her own investigation into her father’s department store perfume counter. Donna promises to help Audrey with this, but, as I recall, Donna has zero connection with it after this scene. Heck, I’m not even sure she and Audrey have any scenes together at all for the rest of the show! (Well, I guess there is the Miss Twin Peaks pageant.) Later on, Audrey is much better at the false contrition and feigned earnestness than Hank is when she talks her dad into getting a job at the department store. (Well, that “cut down like a flower that had just begun to bloom” thing is a bit much, but the “please let me be your daughter again” makes up for it.)

Meanwhile, in the Johnson home, Bobby and Shelley are making out at the breakfast table. In a truly stellar bit of self-unawareness, Bobby vents his disgust and anger about James seeing Laura behind his back…while simultaneously Bobby makes out with the married woman he was cheating on Laura with. In regard to what he’s going to do with Leo’s bloody shirt, Bobby tells Shelly, “You don’t need to know,” which is exactly the same thing Leo tells her an episode or two previously. Bobby’s tone isn’t as vitriolic as Leo’s when he said it, but it’s still a telling parallel. 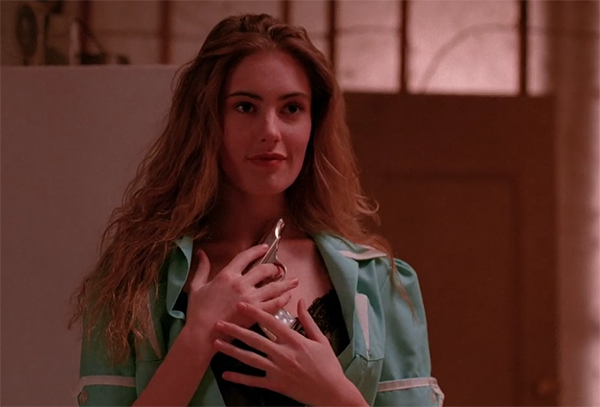 Speaking of gun safety, Andy gets some training in the sheriff’s station’s shooting range. During that scene, we get the first hint of Cooper’s relationship with Caroline, though she’s not named. And of course, Cooper puts four through the eyes and one through each nostril.

Back at the Double-R, we’re introduced to one of Twin Peaks’s wonderful recurring-yet-exceedingly-minor characters: Toad! (Gotta love Toad. Wouldn’t it be terribly awesome if he played a huge part in the revival’s plot? Or would it just be awesomely terrible?) But before we can get to know Toad, the silly show centers on James seeing Maddie for the first time. I guess he wasn’t really paying attention at the funeral what with being attacked by Bobby and such, huh?

Speaking of Bobby, he does a good job planting Leo’s shirt at Jacques’s apartment. Cooper and the police never do find out he did that, do they? And speaking of Jacques, Leo has killed his brother Bernie! And speaking of Leo, it’s the first reveal of Ben Horne’s connection with Leo as his henchman. Arson time is coming for the Packard Sawmill, and Leo’s gonna be lighting the fires in his discreet red Corvette.

This episode has a landmark moment: It’s the first owl shot, appearing above Donna and James where they’re checking on the buried necklace. They look up, but pretty much ignore it. And then Donna polishes up this little gem of teenaged self-absorbedness: “James, we’re going to find out who killed her. This is for us.” Nothing like a good friend-murder to help you better develop a new relationship, right kids? 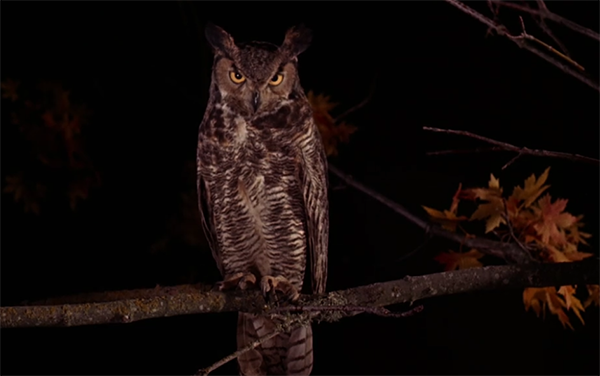 Josie has some connection with Hank. He sends her a domino drawing (his apparent affectation, given his tendency to suck on those). Josie does not seem happy about this. And really, who can blame her? The guy sucks on dominos!

Quite frankly, it’s the best interaction between a llama and an FBI agent in a veterinarian’s office in the history of television.

Things I always have to imitate:
In this episode? Nothing, actually. But that’s okay.

Favorite Lines:
Nothing really jumped out at me, but the end of this episode does feature a little exchange between Josie and Harry that’s always made me snicker: Josie’s abrupt conversational about-face when Harry asks her about her being at the motel earlier that day. She immediately from, “I miss you, I need to talk to you,” to “…Eh, I have to go,” in her very next line. Subtle, that Josie.

Things I noticed for the first time:
When Ben is on the phone, riding his exercise bike, the camera gets nudged just as Ben starts talking to Jerry. 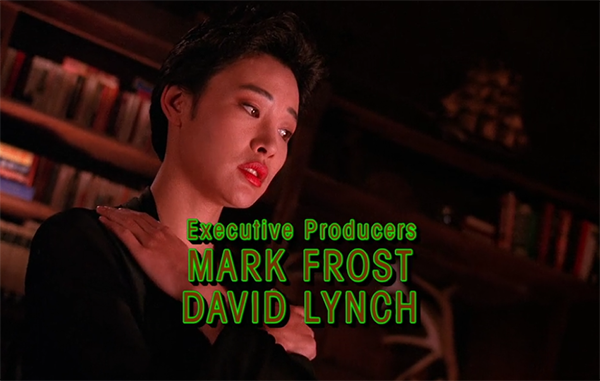 On to episode 6…
View all of my Twin Peaks re-watch blogs here!