In this stretch of the second season, my memories of my original viewing are quite thin at this point. The only thing I think I remember is Nick having a minor thing for the widow Milford.

I do have this to share, however: When Ben is talking to Bobby, he asks him what’s the first question that comes to mind when looking up at a skyscraper. Ben’s answer: “Who’s on the top floor?” My own internal answer to that question–and hey, looks like I do remember a little more from the first time!–has always been, “Who built it?” Since then, that question has always struck me as being a good one for fleshing out a character. How would they answer such a question? How would Daenerys Targaryen answer it? Jean Valjean? Captain Kirk? I deliberately used this one myself in A Shadow in the Flames when Michael Flynn is looking up at a skyscraper. (The question was only implied, as I was writing from his point of view at the time, but it was on my mind. And how much do I wish lately that I’d named that character something else?)

But hey, this post is about Twin Peaks, huh?

First, the most mysterious: Air Force Colonel Riley visits, heading up the Air Force’s investigation into Briggs’s disappearance. He wants to know if Cooper spotted any owls that night. He also mentions that the messages the Major showed Cooper a while back were actually sent from deep in the woods, and then he drops this bomb on us: 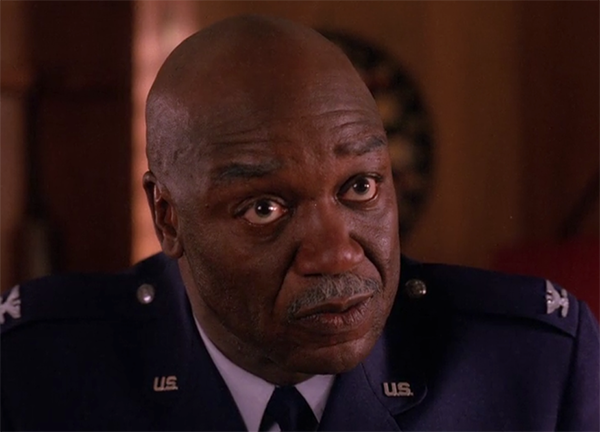 “Garland Briggs is the best pilot I’ve ever known. He was born with hardware most of us only dream about. I can tell you this: His disappearance has implications that go so far beyond national security, the Cold War seems like a case of the sniffles.”

Bobby manages to see AND talk to Ben Horne, and Ben gives him a job following Hank Jennings. And you know what? Stupid Bobby Plan #4 actually kind of works, doesn’t it? I like how this plot dovetails with Cooper’s story, with Audrey later swiping the pictures that Bobby took and giving them to Cooper, showing the drug-related goings on at Dead Dog Farm. It’s a bit of a coincidence that Cooper just stumbled on evidence of those goings on (I like to say “goings on”) earlier when looking for property to purchase, but hey, mystical forces and all, right? 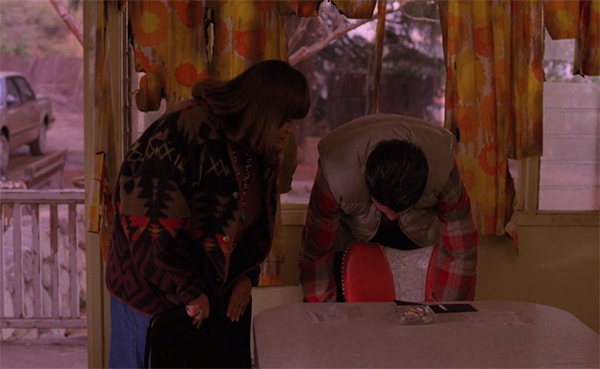 This is where I might make a Breaking Bad reference if I could think of one at the moment.

Audrey meeting Denise Bryson always makes me smile. Her shock and delight that the DEA has women agents is somehow encouraging. It’s nice to see her realizing that this is a world that doesn’t have to be closed to her. She looks empowered, and while seeing any young woman empowered by this sort of encouragement is always good to see, seeing Audrey empowered is especially awesome. I’m anxious to see where her life has taken her in the revival. You’d better not disappoint me, Messrs. Frost and Lynch!

As a quick aside, I’m not sure if the real estate agent is a bad actress or it’s just that no one but Ian McKellen could probably pull off a line so badly written as this:

“It’s an old legend. Of all the people in the world, the best and the worst are drawn to a dead dog, and most turn away. Only those with the purest of heart can feel its pain, and somewhere in between, the rest of us struggle.”

And of course there’s this assorted stuff: 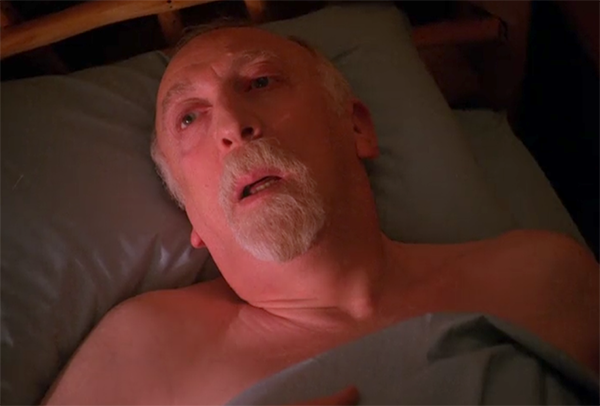 Bummer. Dougie Milford didn’t make it past his wedding night.
It’s worth noting that Dougie used to be Lieutenant Colonel Douglas Milford, protege of Richard Nixon and investigator of some very interesting things at Area 51, Twin Peaks, and elsewhere, at least according to the recently released The Secret History of Twin Peaks (see my review here). 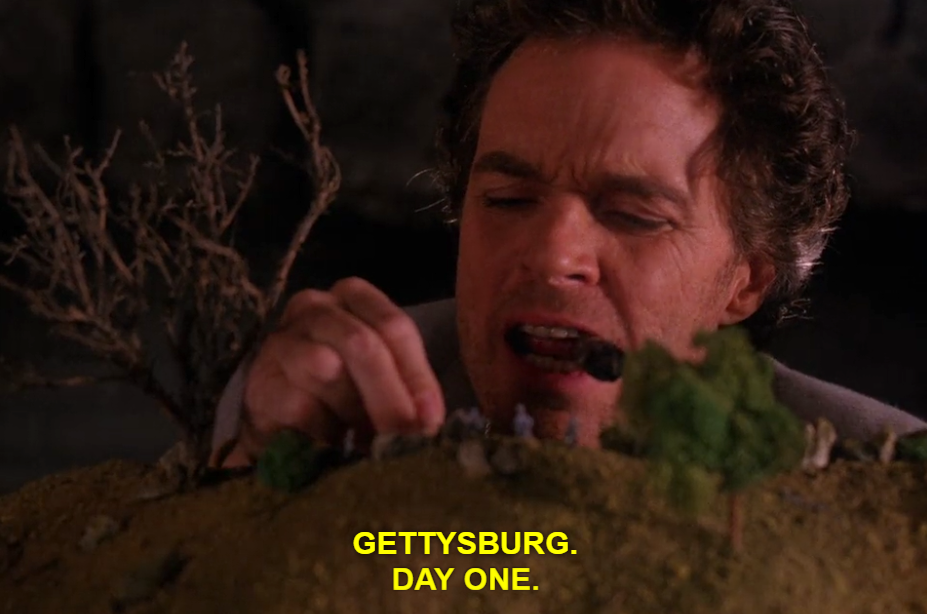 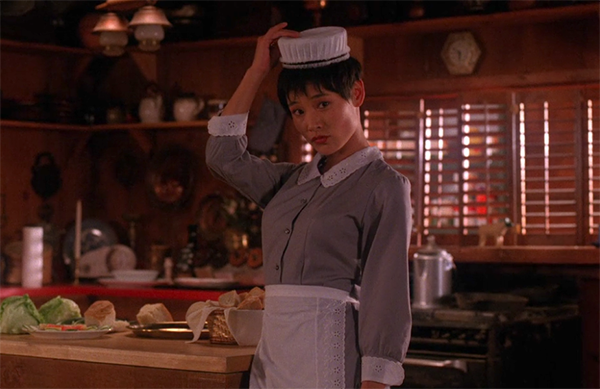 Josie is not thrilled with her new place in the Packard household.

Favorite Moments:
Audrey meeting Denise. In fact, pretty much any moment with Denise in it. 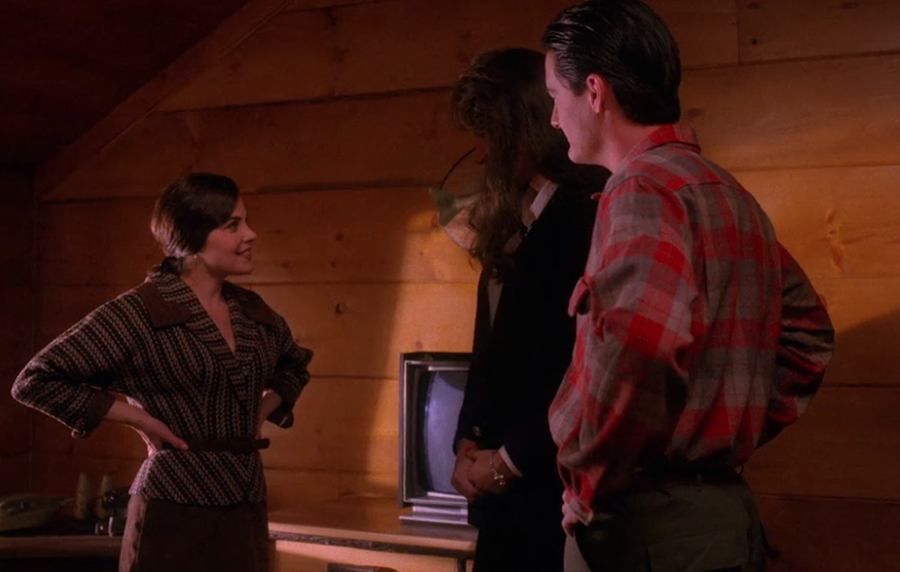 I certainly hope someone gives that actor his own show. Maybe something with UFOs and robot cockroaches…

Bobby and Mrs. Briggs in the living room. It’s the first time seeing these two really relate, and it’s actually quite touching how Bobby tries to comfort her, and she him. 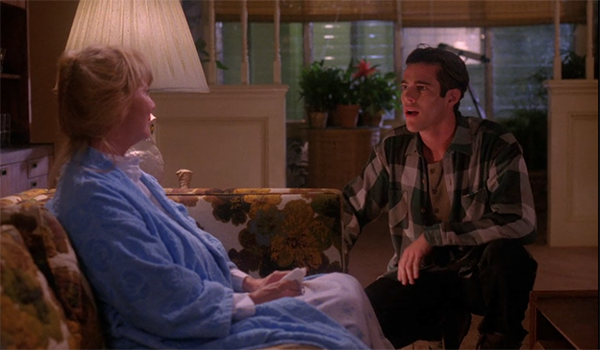 And then the Major appears, in awesome fashion.

Least Favorite Moment:
Every moment of the James/Evelyn thing. Also, the delivery of the aforementioned Dead Dog Farm quote. 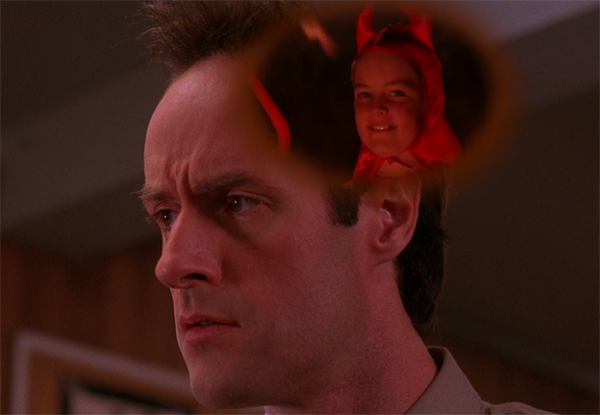 I wonder, were there any viewers that took Dick’s theories about Little Nicky seriously?

Favorite Lines:
“Mr. Horne, I have a great admiration for you.”
“Admiration is for poets and dairy cows, Bobby.”
“I don’t…know what you mean…by that.”

“An orphan.”
“Really? What happened, did his parents die?”

“My date went to kiss me. It was his first day with his new braces, and they gleamed in the moonlight…”

“Coop, I may be wearing a dress, but I still put my panties on one leg at a time if you know what I mean.”
“…Not really.”

“Did you check him for witchcraft?”
“That’s not the kind of thing that shows up on an autopsy.”

“Is everything alright?”
“No, dear. Not exactly.” 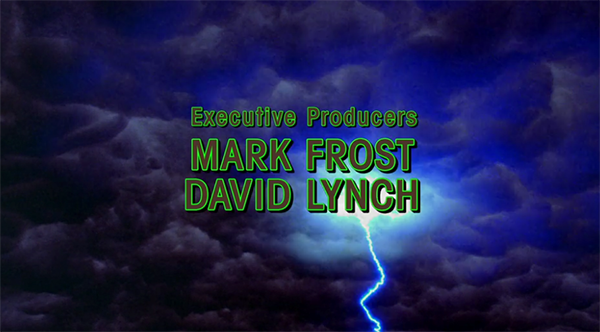 On to season 2, episode 13…
View all of my Twin Peaks re-watch blogs here!