Confession time: When he was showing the series to me, Nick made a joke that I have since stolen and used each and every time I showed it to someone else. When Jean Renault is shot and collapses dead on the floor of Dead Dog Farm, Nick joked, “Next episode, Pierre Renault shows up! ‘You keel mah three brothers…”

Four more days until the revival premieres, so let’s get this one going! 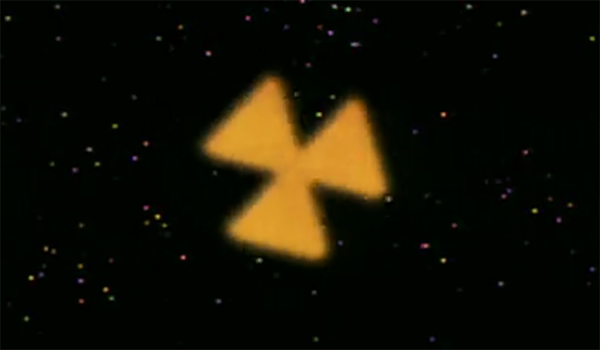 Now back from his mysterious trip to parts unknown. Briggs talks to Cooper and Harry. He is moved by seemingly disturbing revelations and a desire to share some things that maybe should not be kept hidden from them. He brings up Project Bluebook and its unofficial continuance in a number of places, including Twin Peaks, where they are searching for The White Lodge. and seems to be about to tell them of something big and classified and scary…and then the MPs show up. 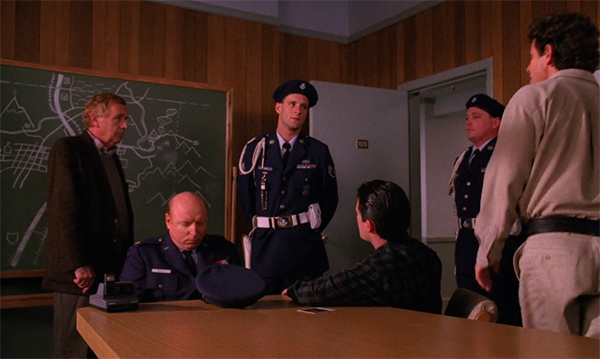 The main component of this ep is the sting operation to take down Jean Renault. It’s not Twin Peaks at its best, but it’s entertaining. I also like Ernie’s wild mood swings between false bravado and legitimate cowardice. 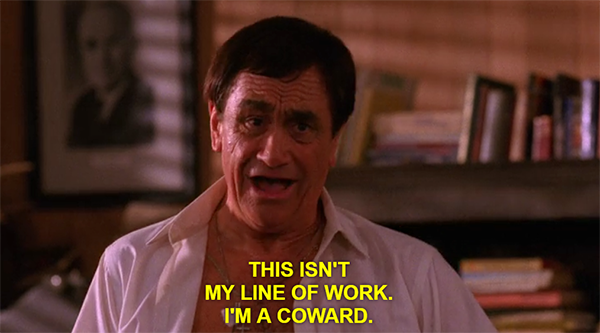 It doesn’t go exactly to plan, but it does finally work out with Jean Renault dead and Cooper cleared. My one nitpick on this one is that Jean seems a bit of an idiot for not cluing in on Denise’s trick sooner than he did. Jean’s demise clears the way for Windom Earle to move into the primary antagonist slot with his friendly gift of a dead drifter (played by McLachlan’s brother) in Harry’s office.

Also in this ep: More Little Nicky, more of the plot line of which we do not speak, and Ben Horne goes full-General. Some people don’t like this plot line, but it’s…certainly different, and Ben, Jerry, and Audrey are all characters I’m interested in, so, while I’m glad it doesn’t go on longer than it does, I enjoy it. I also like how Audrey steps in to take the reigns during her father’s incapacitation.

Oh, and Leo wakes up!! I’d forgotten it was this episode. I recognized it as soon as I saw the exterior shot of the house, though. 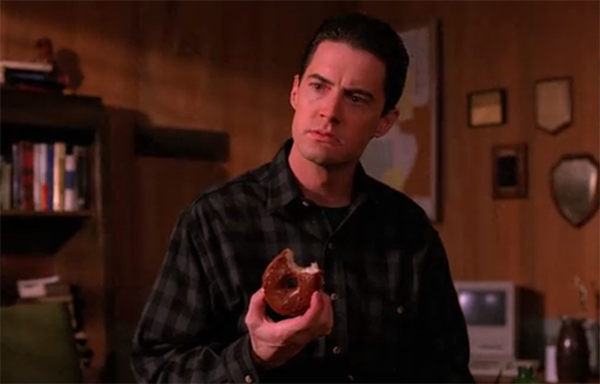 Least Favorite Moment:
Still going with anything and everything in the James & Evelyn subplot. 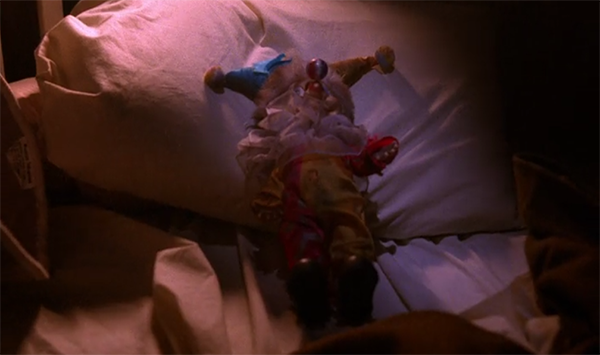 This clown was made fer walkin’.

Favorite Lines:
“I need you to get all the money out of my savings account.”
“There’s only twelve dollars there, James.”

“By golly. I sure wish I could join you fellas, but I’ve temporarily lost my enforcement franchise.”

Things I noticed for the first time:
“I remember stepping from the flames, a vague shape in the dark, then nothing.” Stepping from the flames. I’d always thought Major Briggs was taken directly to the White Lodge, but in hearing about the flames, which Cooper seems to pass through when he’s going into the Black Lodge in the finale, I’m wondering for what I think is the first time: Does that mean the Major traveled through the Black Lodge to get to the White?

Nadine calls Hank “Hankie” when she beats him up. 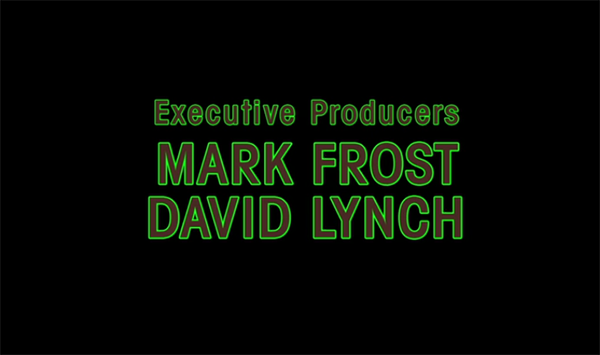 On to season 2, episode 14…
View all of my Twin Peaks re-watch blogs here!