Okay, it’s getting down to the wire here. Three days away to the premiere. So I’m kicking it up a notch! Michael Re-Watches Twin Peaks…turbo edition!

Leo has now said ten words so far this season:

Eighty percent of these were said in this episode. Go Leo! 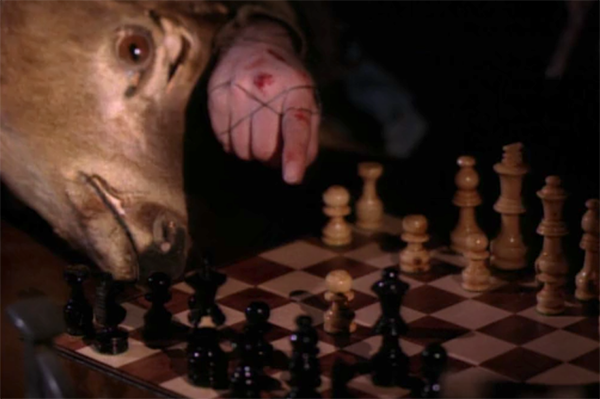 “Windom Earle is a genius, and he’s taken his first pawn in a very sick game.” 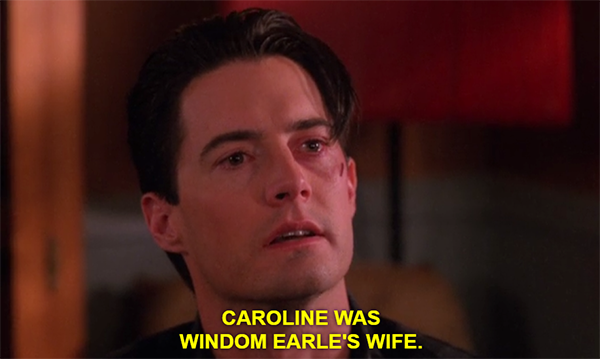 And Cooper thinks Earle killed her, and that he committed the original crime she witnessed. 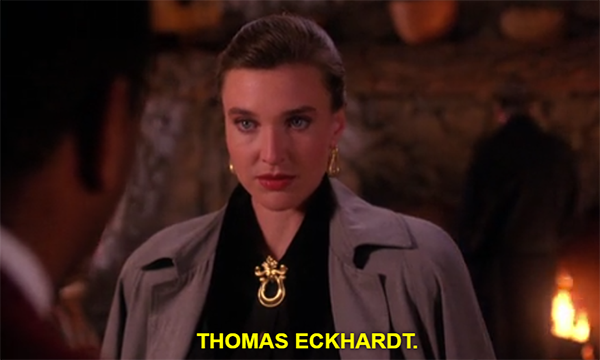 Thomas Eckhardt has come to town, and his attaché is Sue Ellen Mischke, heir to the O’Henry candy bar fortune! 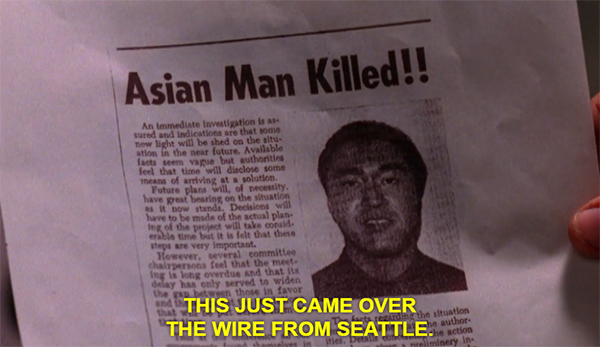 Favorite Moments:
Audrey taking charge in the scene with Bobby.

Least Favorite Moment:
The hated “Just You” plays over James angsting out.

Weirdest Moment:
Major Briggs stumbling into the Sheriff’s Station and collapsing after saying he needs to see the sheriff. 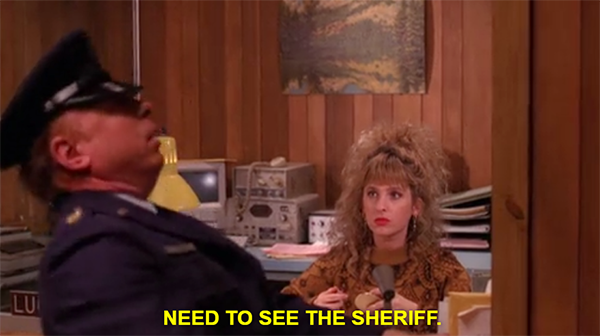 Favorite Lines:
“So from now on, Bobby, I’m the one you suck up to.”

“You really think it’s a good idea for Ben to be carrying the sword?”

“I will return. Until that time, I will be in the shadows if you need me.”

“Dick, I did not drop you on your head when I brought you into this world, don’t give me cause to regret it.”

Things I always have to imitate:
James’s “It’s WRONG!!” 😀

Things I noticed for the first time:
I really have no idea what kind of bird this is.

Andy is standing with his eyes squeezed shut when they’re first examining the vagrant’s body in Harry’s office. 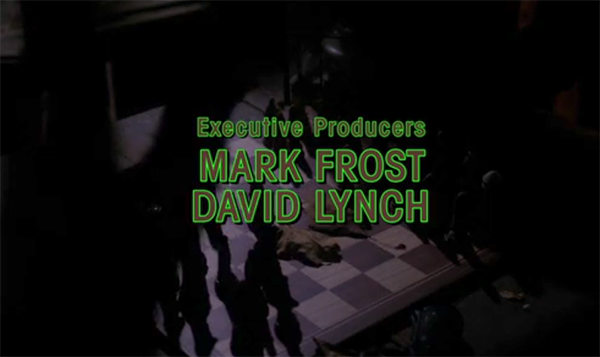 On to season 2, episode 15…
View all of my Twin Peaks re-watch blogs here!