This episode kind of treads water in order to set some things up before. It avoids delving into just what the hell DID happen to Josie, but it does have some stuff with Major Briggs and elements of Lodge lore. In the interest of continuing to speed these along before the premiere Sunday, no more reminiscing! On we go!

Harry spends the whole episode after Josie’s death in the Bookhouse trying to out-angst James. Annie Blackburn arrives in town! By all accounts, Annie is fine. The episode ends with Sue Ellen Mischke, heir to the O’Henry candy bar fortune (and assistant to the late Thomas Eckhardt), undressing and slipping into bed with a passed out Harry for some weird reason. 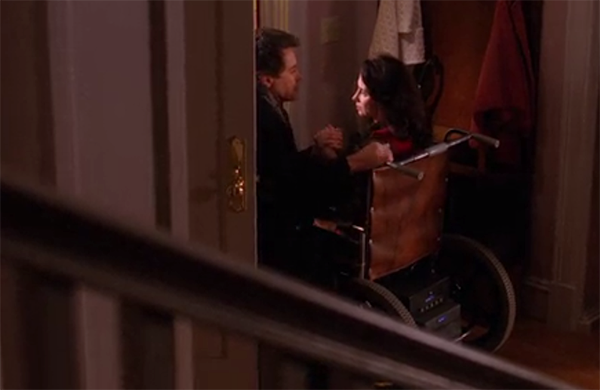 No. Just no.
(See, James? THIS is why I was angry with you for not taking Donna out of town with you!)

But in the more important stuff, the Log Lady notices Major Briggs’s tattoo and shows off one of her own, which will eventually lead Cooper to Owl Cave. I love mysterious symbols, honestly, and mysterious symbols connected to mysterious supernatural elements? Even better! Incidentally, this is one of the handful of discrepancies in The Secret History of Twin Peaks, and the only one that really bothers me, because symbols! In the book, the Log Lady’s tattoo is identical to Major Briggs’s. 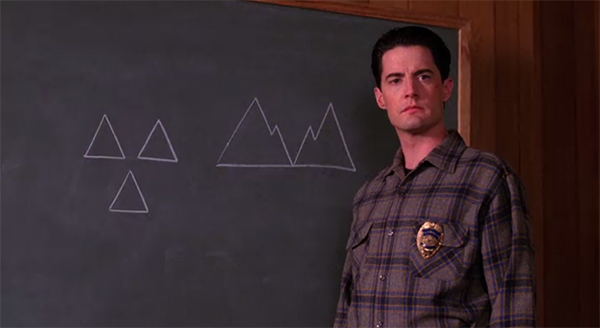 Major Briggs’s tattoo on the left, the Log Lady’s on the right.
And the guy on the far right is Dale Cooper. But you probably knew that already.

Favorite Moments:
Shelly doing her impression of a vapid beauty pageant contestant, and Andy on the runway looking like a stoned deer in the headlights of a Studebaker. 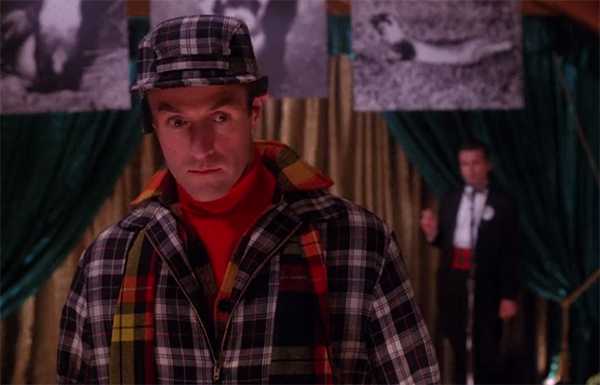 Least Favorite Moment:
John Justice Wheeler and his picnic singing. I mean, it’s not nearly as bad as James’s song, and his singing voice is decent, but, well, I just don’t like singing, okay??

Favorite Lines:
“Using a stuffed animal to represent an endangered species at an ecological protest constitutes the supreme incongruity.”

“He is particularly attracted to various smells, like, believe it or not, very cheap cologne.”

Things I noticed for the first time: 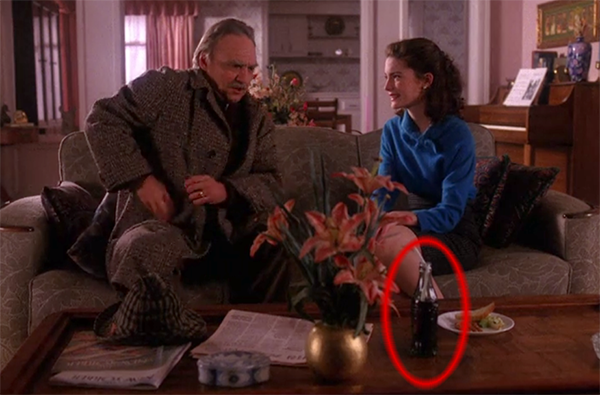 She’s got that bottle of pop setting on the table WITHOUT A COASTER!!

On to season 2, episode 18…
View all of my Twin Peaks re-watch blogs here!