Also, the moon in this episode is half full! Again! 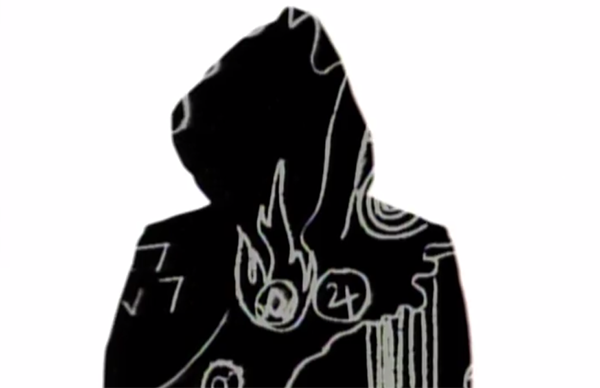 As I’ve said, I don’t much like John Justice Wheeler and his tucked in sweaters. Even so, I do like the moment that he and Cooper share at the Great Northern lounge. After my first couple of viewings, I got the sense there might be meant to be even more here than what’s on the surface. In the Autobiography of Dale Cooper, if I remember correctly, it’s mentioned that Cooper has a long-lost(?) brother who was possibly in South America. Given that that’s where John has to go back to after getting his telegram about a friend being murdered, I wonder if a) his friend is Cooper’s brother or–and this was my original theory, but I think I’m leaning more toward the first one now–Wheeler IS Cooper’s brother and it’s just been so long that they don’t recognize each other. 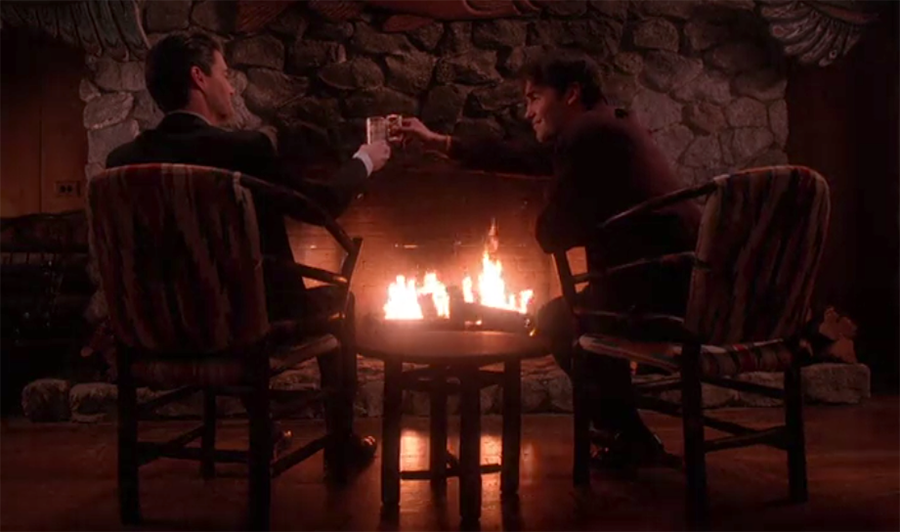 Or maybe they’re completely unconnected and I’m just looking too hard for connections.

Oh, and then this happens: 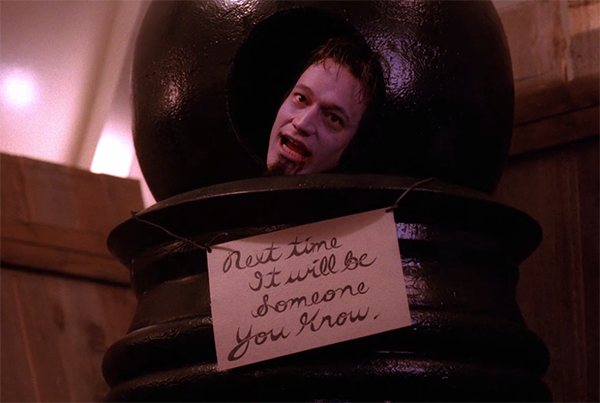 Favorite Moments:
Bobby’s reaction to Mike’s whisper after asking, “Do you have any idea what the combination of sexual maturity and superhuman strength can result in?”

Weirdest Moment:
The silhouette of the dugpa(?) with the half-moon and the owl.

Favorite Lines:
“Hey, man? The story’s cool. But you promised me beer!”

“I’ve got four hungry lawmen out in the cruiser. We. Need. DONUTS.”

“At first we thought it was a bomb. We don’t exactly have a bomb squad, so Andy brought his metal detector.” 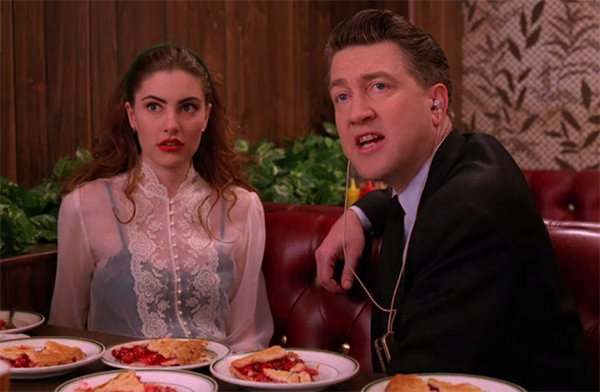 “YOU ARE WITNESSING A FRONT THREE-QUARTER VIEW OF TWO ADULTS SHARING A TENDER MOMENT!” 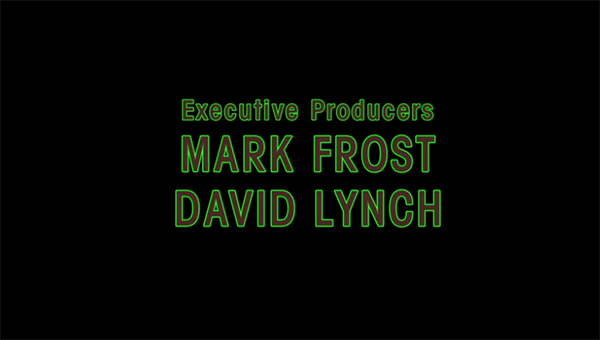 On to season 2, episode 20…
View all of my Twin Peaks re-watch blogs here!