The Miss Twin Peaks Pageant is nearing, along with assorted and related antics. Beyond those, Cooper discovers Windom Earle was looking into the Black Lodge as part of Project Bluebook, and the Major goes for a walk in the woods to clear his mind. (More on THAT brilliant move later.)

Also in this ep, Leo turns on Windom because he’s threatening Shelly. Though the constant electroshocks Windom has been giving him probably haven’t endeared him to the man either. Oh, and John Justice Wheeler flies out of town forever and takes Audrey’s virginity with him while Pete waits in remarkably patient fashion outside in his truck.

But let’s go back a little and talk about this bit for a second: 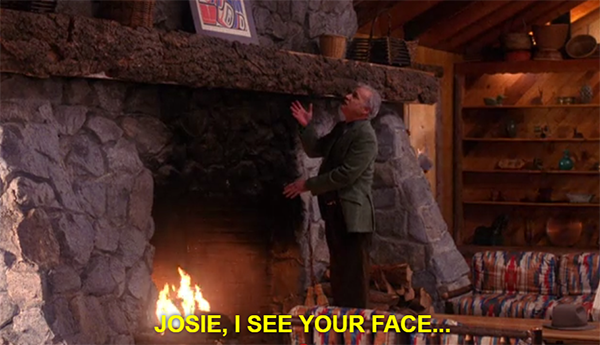 I’ve never, ever taken Pete’s line to be anything but him still working on his ode to Josie aloud. I don’t think he’s really seeing Josie’s face there. I will allow, however, that this could be intended to imply, in something of a narrative echo, that Ben might have been seeing Josie’s face when he turned around previously. 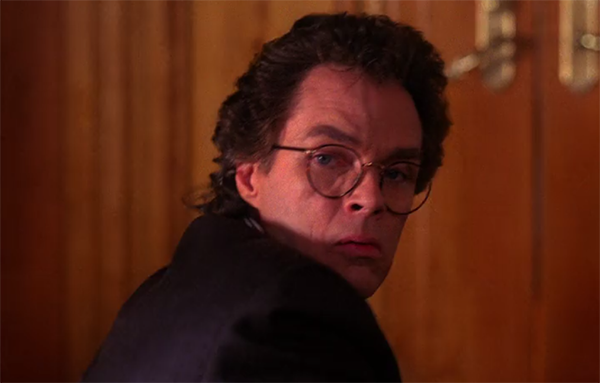 And maybe that is what happened. Given how the revival series is going so far, we may never know. That said, I have a slightly different possibility in mind: The sound we hear right as Ben turns is also associated with the Giant. What if his urge to do good has attracted the Giant’s attention? 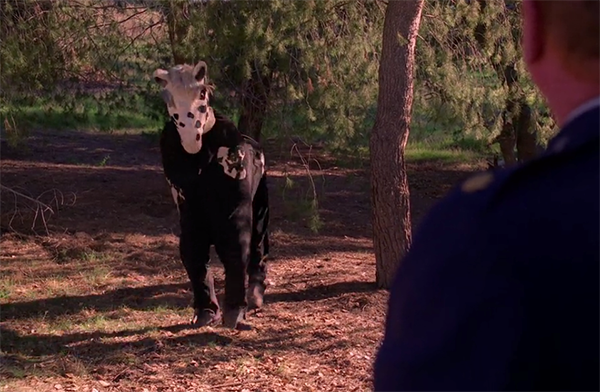 Where’s Windom getting all these costumes?

The Giant comes back to give Cooper some more helpful, detailed advice when Annie is talking about entering the Miss Twin Peaks contest. 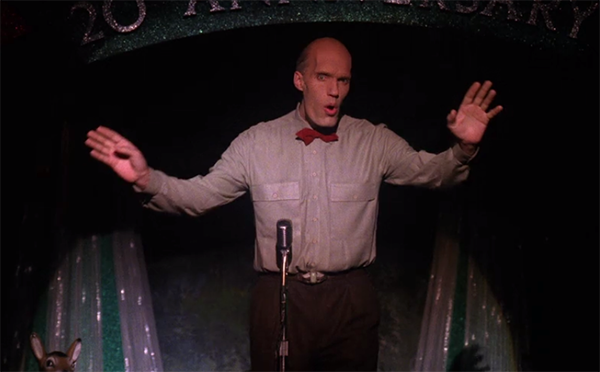 And Cooper heeds this advice by…doing absolutely nothing.

Lastly, the lodges are opening. Three people’s right hands get the tremors (Cooper, Pete, and a woman in the diner), heralding this moment just after our first look at Glastonbury Grove with its scorched engine oil and sickly sycamore trees… 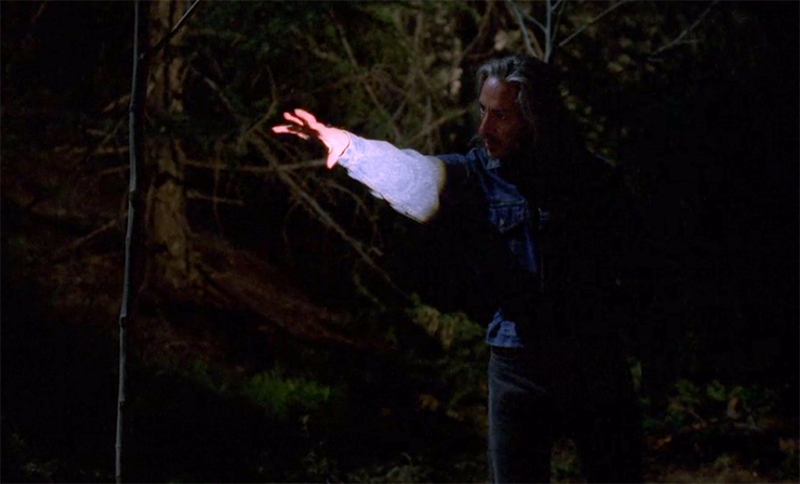 Favorite Moments:
It probably makes me a bad person that I feel this way, but the part where Leo tries to use the shock collar control on Windom Earle, not understanding that it’s still going to shock him, is both satisfying and hilarious to me.

Leo looks like he just turned into the revival series and saw that scene with the glass box.

Least Favorite Moment:
Major Briggs is actively looking into weird things connected to the Black Lodge that are connected to the woods. Major Briggs was previously kidnapped by unknown forces in those same woods. Agent Cooper knows all of these things as well. Both men are highly intelligent. So no one blinks an eye when he says HE’S GOING TO GO FOR A WALK IN THE WOODS?!?

Weirdest Moment:
Windom getting all excited about figuring out how to get into The Black Lodge while Leo has some sort of aneurysm and the Major blubbers under his truth drug overdose.

Favorite Lines:
“Styrofoam never dies for as long as you live.”
“It doesn’t?“ 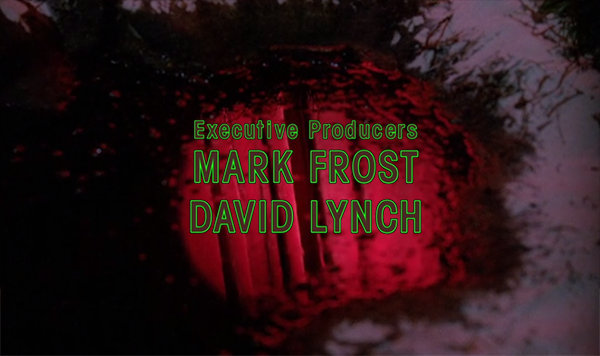 On to season 2, episode 21…
View all of my Twin Peaks re-watch blogs here!