It’s time for the fake actor “Fumio Yamaguchi,” who is first credited in this episode, playing “Mister Tajamura.” I love the lengths the producers went to so as to conceal his secret. As I understand it, a fake bio and acting credit list was even made and given a press release.

I really wish I remembered whether or not I bought “Mister Tajamura.” I honestly don’t remember, but I’d like to think I did, at least at first. With the mystery of  who killed Laura Palmer spoiled for me from the beginning, I like to think that some of the big reveals were still available for me to experience. In that light, I’m suddenly even more excited for the revival series because I really will be going in completely unspoiled for the first time in my entire Twin Peaks experience! Is it May 21st yet?

This episode begins with a great visual, spiraling out of a dark, weird, circular tunnel that turns out to be the soundproof panel holes in the Sheriff’s station interrogation room. Leland is being questioned about Jacques’ murder. Leland says he thought Jacques killed Laura because the police arrested him. 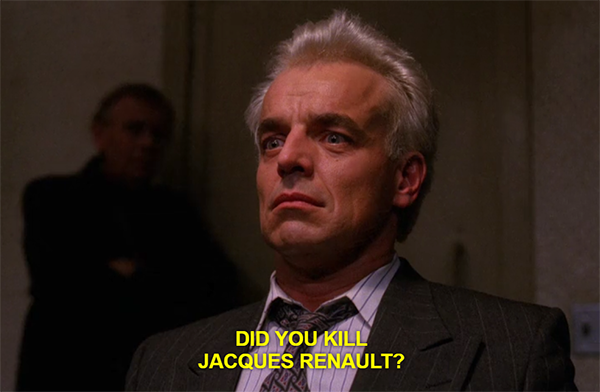 “Well yeah, gee wiz, I guess I kinda sorta did! I have this thing for knives!”

That’s Doc Hayward in the background there. As he leaves, Andy would like a word: 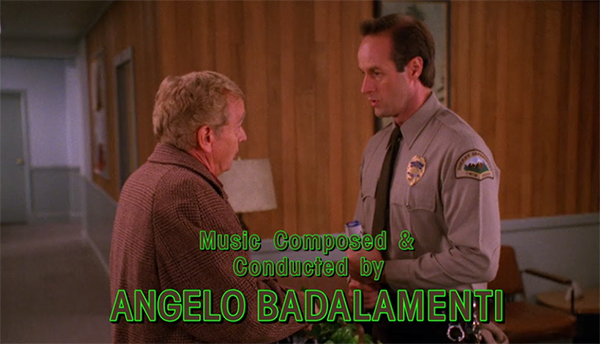 The Doc needs a sample, and of course Andy gets caught on the way to the bathroom with a copy of Flesh World by Lucy. Later on, Lucy bursts out with this gem:

“Deputy Brennan, I thought you preferred the company OF YOUR MAGAZINE!“

And so finally Cooper decides to step in. “Lucy, I think we’re at the point where it would be better for everyone if you got whatever is bothering you out in the open.” I love Cooper’s mostly disinterested response after Lucy talks about Andy never washing his car, never exercises, and not even owning a sports coat: “Uh-huh. Well, did you do something about this?” With Lucy dashing off in tears, it doesn’t end well.

Later still, Dick drops by, shoving money into Lucy’s hands to get an abortion without even consulting her about how she feels about it. Classy, dude. 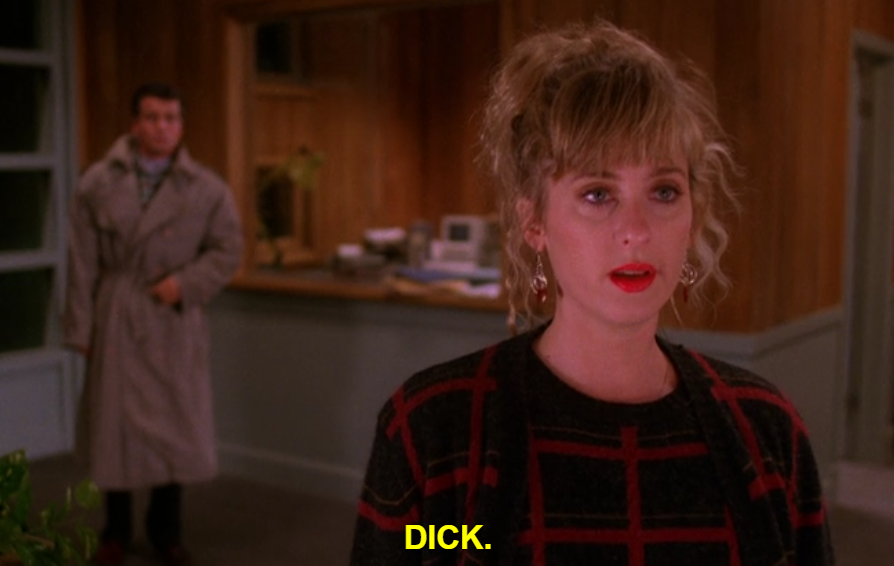 It’s new character time again! Judge Clinton Sternwood. I like him. He’s got…character. I think part of why I like him is how warmly Lucy greets him. She may be a little dim, but she’s a good character reference. Plus he immediately notices that Harry’s got relationship troubles on his mind, which to me says he’s kind of a kindred spirit to Cooper, and that’s a pretty good character reference, too. 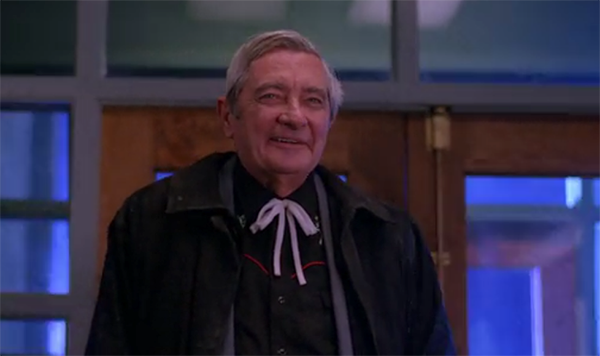 Also in this ep, the M.T. Wentz…let’s call them shenanigans…begin. The D.A. turns up at the forewarned Double-R and is mistaken for M.T. and only orders a cheeseburger. “Must be some kind of food critic trick.” Meanwhile, poor Toad is shuffled off to the kitchen and then kicked out, and Hank goes and steals the assumed food critic’s wallet. 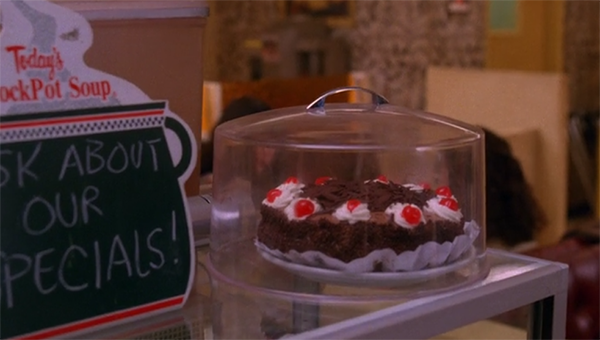 One good thing about the M.T. Wentz thing: It made for a nice little red herring regarding Mister Tajamura’s identity, and gave viewers who thought he was someone in disguise a decoy explanation for that disguise. On the other side of the diner, Donna and Maddy are having a nice little friendly chat. 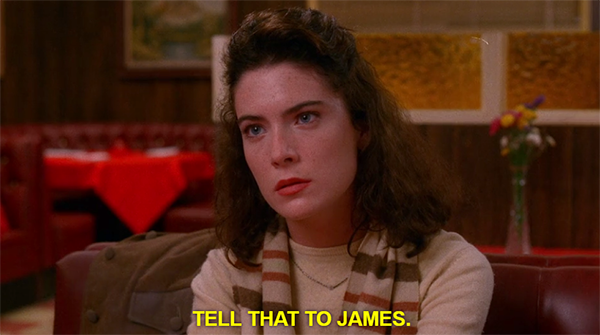 “If Laura did have a secret diary, and Harold’s got it, I’m going to get it with or without you.”

Up at One-Eyed Jack’s, poor Audrey is still caught, and is now being pumped full of heroin because, um, Jean and Blackie are fucked up individuals? Emory Battis goes on a power trip dealing with Audrey, and Jean kills him for it. 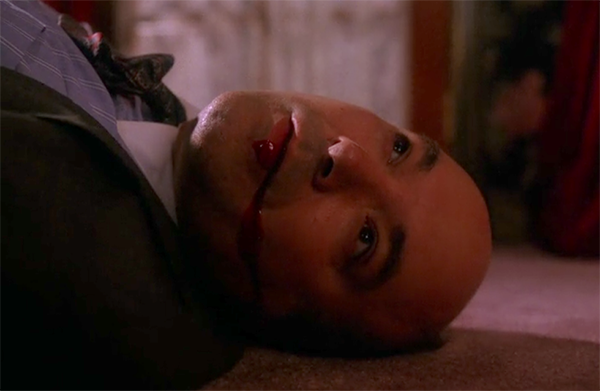 Jean Renault delivers the ransom tape to Ben. In so doing, Jean uses one of my most hated phrases: “Make no mistake!” (I don’t know why I hate it. But I do. And I demand the entire world cater to my whims!) Jean demands that Cooper brings him the ransom. Ben concedes and enlists Cooper, of course without telling him that Jean requested he bring it. Cooper asks Harry for his best Bookhouse Boy for a secret endeavor, which of course later turns out to be Harry. 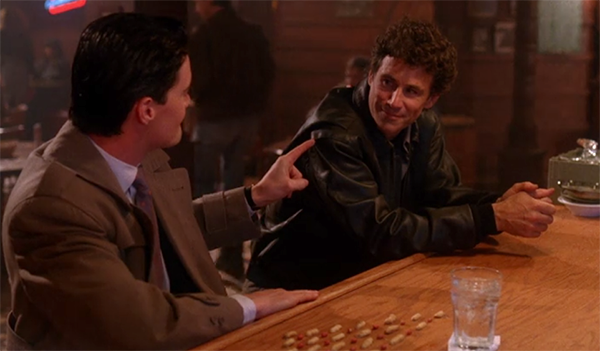 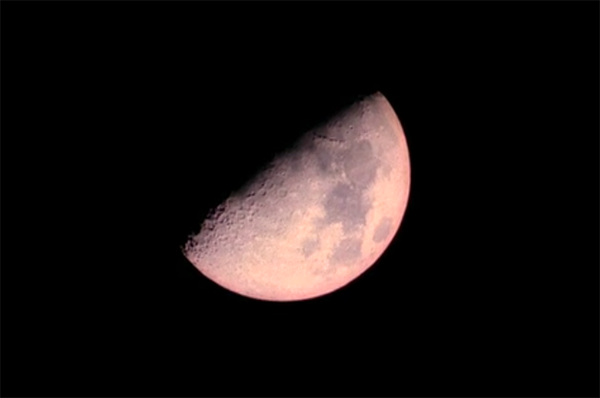 Also, the moon is still half-full. 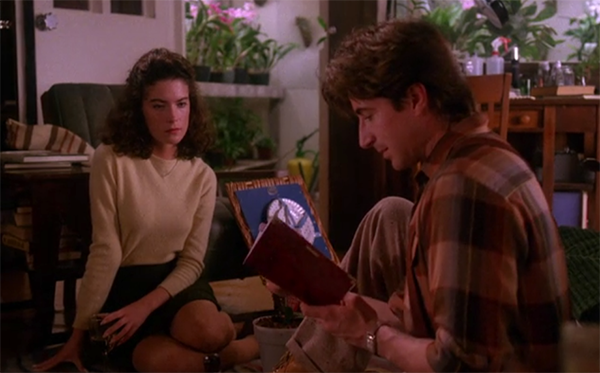 “Shall I read something from it? It seems appropriate!”
How is that appropriate?!

Josie returns, feigning shock that Catherine is dead. She’s good at that. Harry confronts her about the fact that Catherine is dead after Josie told him last season she was afraid of her. Josie manipulates him into feeling horrible for even raising the question, and pretty much shuts down the whole thing with that and a healthy dash of seduction. And then, in typical Twin Peaks fashion, a lightning flash reveals Mysterious Asian Guy watching them outside. 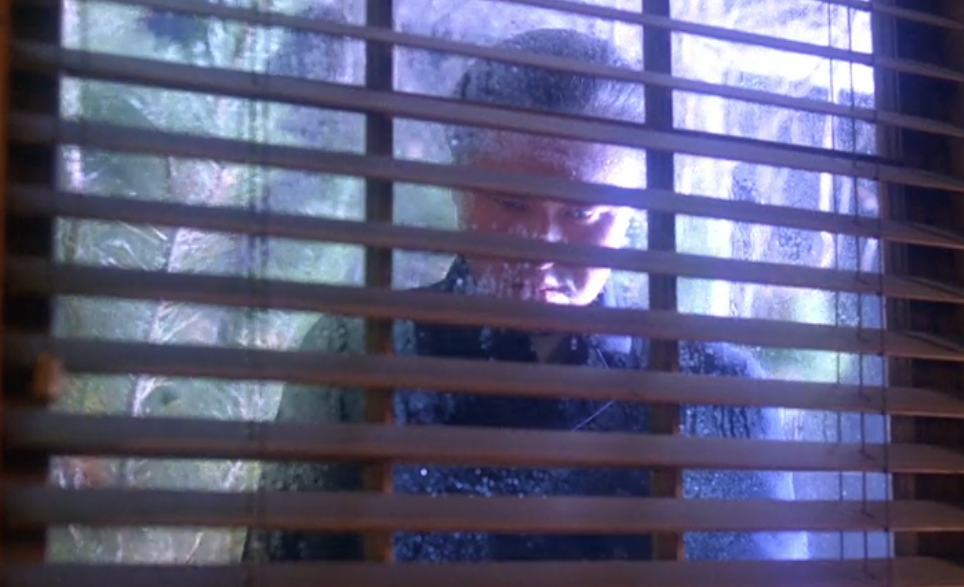 Creepy Asian Guy is actually quite busy this episode. 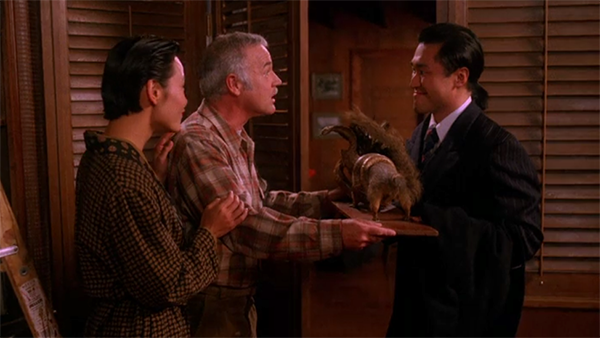 And now it turns out he’s her “cousin Jonathan.” Riiiiiiight.

He drops the name of “Mister Eckhardt,” who of course will come back around later. He also pays Hank a visit to shake him off of Josie under pain of additional flashlight bludgeoning. 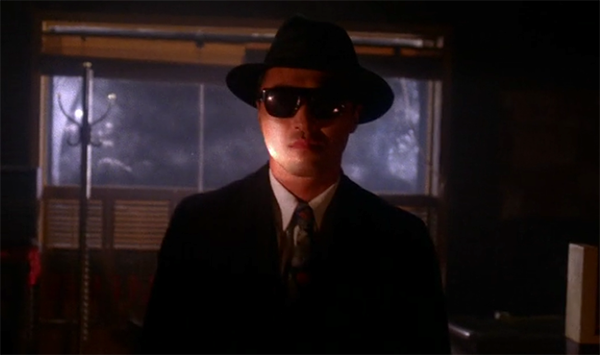 Favorite Moments:
Maybe this is sentimental, but I like when Harry shows up at the Roadhouse meet with Coop as the best man of the Bookhouse Boys. I like the look on Cooper’s face that clearly says he should’ve known that would happen.

Least Favorite Moment:
Nothing strikes me as particularly bothersome, but I guess Louie (the front desk clerk at the Great Northern) telling Ben about M.T. Wentz. I don’t like the M.T. Wentz plot line, and somehow her acting bothers me just very slightly. 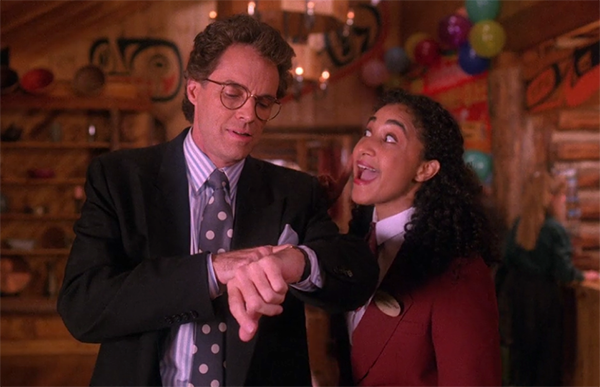 Things I always have to imitate:
For some reason, in Lucy’s moment of telling Dick off, her helpful mention about the door: “…the second one sticks sometimes…”

“Mister Cooper, how do you find our little corner of this world?”
“Heaven, sir.”
“Well this week Heaven includes arson, multiple homicides, and an attempt on the life of a federal agent.”
“Heaven is a large and interesting place, sir.”

“Leland…this is most difficult. My deepest condolences on your heartbreaking loss. You’ve appeared before me many times. I know you to be a fine, decent man and a capable attorney. And to see you under these circumstances is… is dreadful for us all. Now, the law provides a structure to guide us through perilous and trying times. But it requires our submission to its procedures and higher purposes. Before we assume our respective roles in this enduring drama, just let me say that when these frail shadows we inhabit now have quit the stage, we’ll met and raise a glass again together, in Valhalla.”

Things I noticed for the first time:
I always thought the voice repeating over the opening shot was saying “Maddy.” Always. I thought it was hinting about Maddy being next. I even cited that in a college paper on visual communications. But according to the Netflix closed captions, it’s actually “Daddy!” not Maddy! Then again, how much can we really trust closed captions, especially when they contradict our preconceived notions???

The special today at the Double-R is “rabbit chili.” 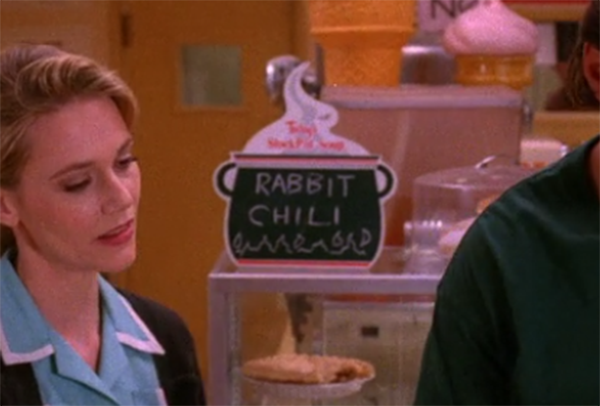 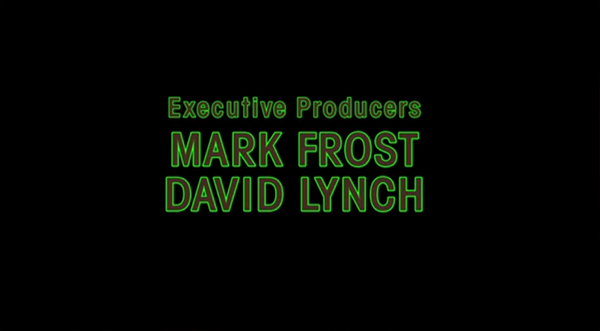 On to episode 5 of season 2…
View all of my Twin Peaks re-watch blogs here!