On we continue with our headlong rush through the woods to what until just a little while ago was considered the series finale of Twin Peaks! But first, we gotta polish off that whole Evelyn Marsh thing…

Watch in horror as I squish down an entire episode into only a few sentences and images!

Pete is recruited to help with the chess game, and Josie is discovered as the one who shot Coop. Ben wins the Civil War and gets snapped out of his General Lee time. Also, Albert’s back with some more info on Windom Earle, while at his cabin in the woods, Windom Earle gives Leo the kind gift of a remote-controlled shock collar! Woo hoo! 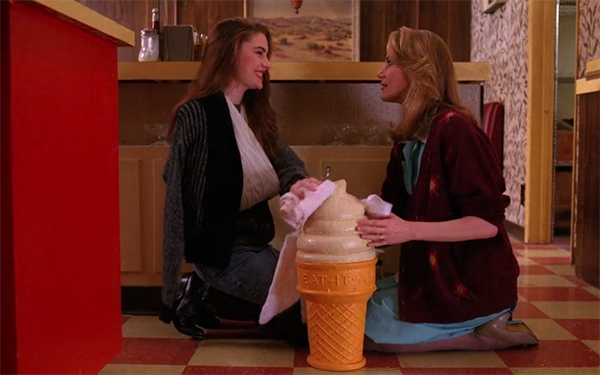 Shelly comes back to work, in this scene with zero innuendo or symbolism whatsoever. 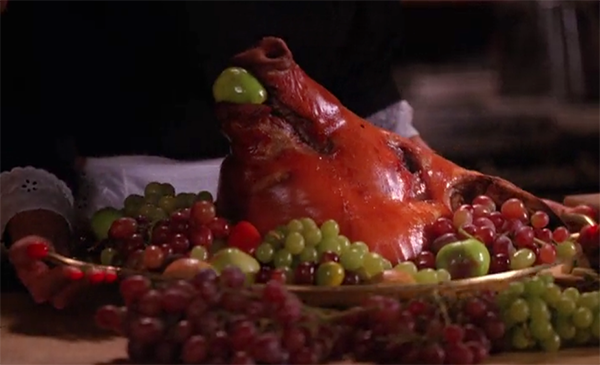 Oh, and the Evelyn Marsh thing is over with. Thank the god of donuts. (I think that’s Dionysus?) Now let us never speak of it again.

Favorite Moments:
Okay, I know it’s in the most hated story line, but I do like the part where all of the bus drivers(?) turn their heads at once to say in unison, “Hi, Frank.”

Albert’s arrival, complete with big bear hug with Harry, and his impression of Gordon: “I’M WORRIED ABOUT COOP!”

Audrey whapping Bobby in the face with her handbag after he says that he thought the North won the Civil War.

Least Favorite Moment:
Anything at all with Evelyn Marsh. 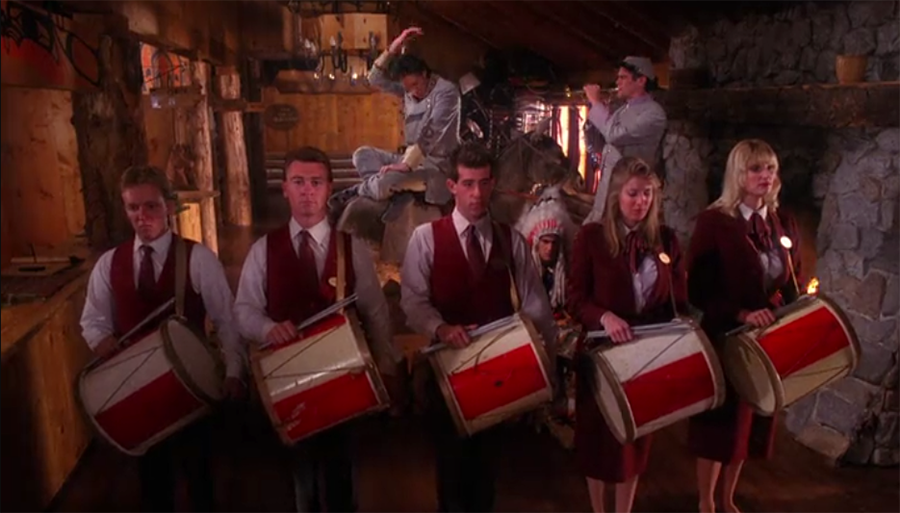 “Replacing the quiet elegance of a dark suit and tie with the casual indifference of these muted earth tones is a form of fashion suicide, but, call me crazy, on you it works.”

“Either Josie Packard pulled the trigger or she’s loaning her winter wear to the wrong kind of people.”

Things I always have to imitate: 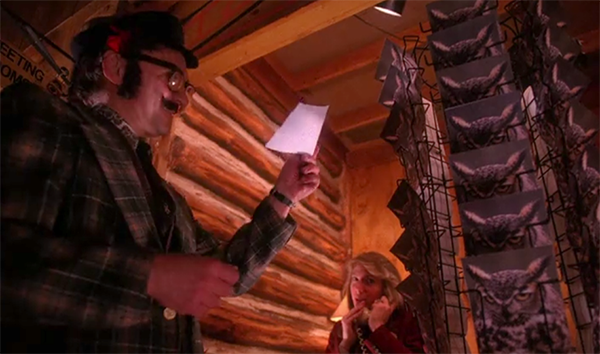 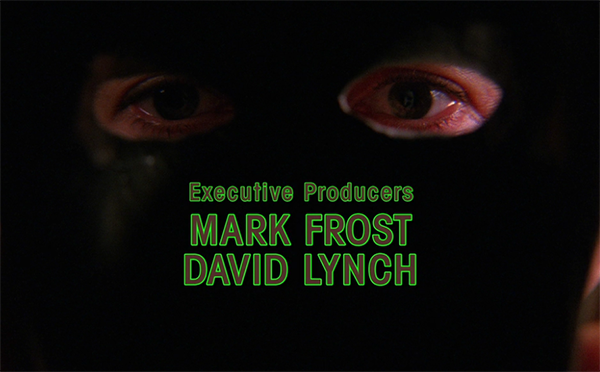 On to season 2, episode 16…
View all of my Twin Peaks re-watch blogs here!