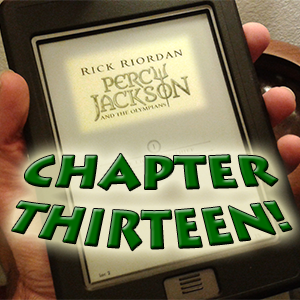 I Plunge to My Death

Okay, so I don’t really know what to think about Percy’s dreams at this point. Maybe the thing in the pit really is Kronos, because Annabeth says Hades always appears on a throne. Yet somehow that seems to contradict the idea that whoever it is can give him his mother back. (But perhaps once Kronos is out, he can storm the Underworld and get Percy’s mother? Though I still don’t think she’s technically dead…) Plus, if Hades can use his helmet to melt into darkness, perhaps speaking from the darkness of a pit is still in character? Annabeth doesn’t know everything, after all. Though maybe I’m grasping at straws there.

*Note: Smoked cheese pig offer will not be honored.

One thing I do know: I’m one-hundred percent certain that I’m not sure. (Bonus points–and a smoked cheese pig*–to anyone who correctly guesses what I’m referencing there.)

Percy really doesn’t think things through very much, does he? He can’t even use winged sandals because that puts him up in the air and more vulnerable to Zeus, so why’s he think climbing up into the St. Louis Gateway Arch is a good idea? Even without having seen the chapter title I would still have shouted “Idjit!” at the book. I suppose a teenager who never makes foolish mistakes would ring a little untrue, but geez, Percy, get your head in the game. You’re trying to save the world here. That’s where I live!

Annabeth at least should have known better, but I suppose she was too caught up in her interest in grand buildings to think of that. She has a much better relationship with her mother than Percy does with Poseidon at this point, doesn’t she? Athena has already given her guidance in getting her safely to Camp Halfblood, and, in a reverse of Percy’s situation, she’s treated Annabeth better than her mortal father. The backstory we get for her here does make her desire to build some huge monument to the gods seem perfectly in character. 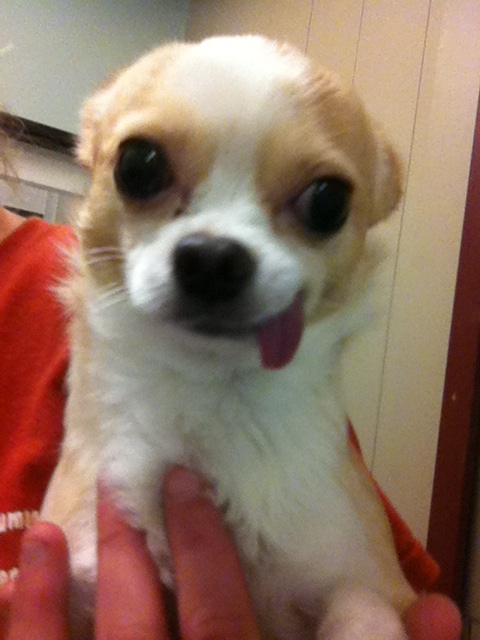 I always knew these little suckers were dangerous!

So Percy gets attacked this time by a chimera, this time sent by Zeus. I love that it’s disguised as a chihuahua. Hey, why isn’t Zeus trying to capture him if he thinks Percy stole the lightning? I think I got confused. Then again, Echidna did try to get him to prove that he was Poseidon’s son by falling into the river, so maybe that whole threat to destroy him wasn’t serious.

I’m not sure if Percy really believes that he’ll survive the fall or not. He seemed to be doing it to get the chimera to leave the family alone, and figured he’d take a chance since he was dead anyway. But it still seems he’s got doubts. Then again, I suppose “don’t fall from insane heights” is a pretty ingrained instinct for any human, isn’t it? I know Percy won’t die. It’s his series, after all. But he’d have to be pretty darned genre-savvy to believe he’d be okay himself, in fairness.

No one is that genre-savvy, right? 😉

This chapter’s favorite line of mine is…

“My clothes on fire, poison coursing through my veins, I plummeted toward the river.”

Okay, so I suppose I only picked this quote in order to self-servingly follow it up with a quote from Thalia (Muse of Comedy & Science Fiction) from Zeus Is Dead:

“Oh gods! No one survives a plummet!”

If anyone out there can explain how the Mist works to me without it being a spoiler (no spoilers!), please do so in the comments. I implore you!