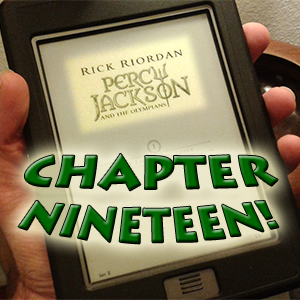 I want you all to appreciate how much self control it’s taken me to not start out these recent chapter blogs with something like “Percy Jackson Goes to Hell.” It’d be a really easy intro to go with, but the ancient Greek concept of Hades isn’t the same as Hell, and somehow it’s always bothered me just a little when media equates the two. And now that I’ve managed to come up with a way to use that “Percy Jackson Goes to Hell” line without really using it (sort of), let us continue Michael Reads Percy Jackson: The Lightning Thief with…

We Find Out the Truth, Sort Of

So true to the title, Percy does indeed find out the truth, and then makes what I would call a bad decision. Or fails to make a good decision. Or something. I may be guilty of a little arm-chair questing here, though.

But we’ll get to that. First I have to say that, wow, the Fields of Asphodel, where the dead go if they don’t want to risk judgement, sound pretty horrific in their own right. A dark space jam-packed with people, standing forever in endless waiting? I can recall a visit to London when I got caught in the Tube during rush-hour on a day that one of the other Tube lines was out. I had to shuffle through a sea of people clustered together so close we could only take 4-inch steps on our way out, all while being 3 or 4 stories underground. It must have taken me twenty minutes just to get from the train to the surface. I really like the London Tube system, but that particular experience was not a pleasant memory. For eternity? Nightmarish.

I mentioned above how I dislike when people equate Hades with Hell, and I was pleased to see that Riordan doesn’t make that mistake. (I wasn’t expecting that he would – I get the sense he enjoys Greek mythology as much as I do, and cares to get the nuance right.) 🙂 There’s good places (The Blessed Isles and Elysium) as well as the bad.

And, of course, all of it is ruled over by Hades, whom I finally got to meet. At first I was a little disappointed in Riordan’s Hades characterization (he did seem to be making him an evil god rather than just a strict one with a crap job), but I grinned when he started complaining about having to open up more subdivisions, hire more guards, deal with rising expenses, etc.  That’s the sort of mythology-modern mashup I like to see.

Hey, Hades, I saw one of Zeus’s kids messing around with your helm just last week!

And speaking of Hades, we do finally learn the truth: Hades did NOT steal the bolt. I was surprised to learn that Hades’s helmet was also among the missing items, which added a nice bit of revelation, since I’d already stopped thinking Hades had stolen the bolt. When it turned out that the bolt was in Percy’s backpack, my mind did a few somersaults trying to figure out how it had gotten there. At first I thought the real thief had slipped it into the pack while they were traveling through the Underworld, especially since Hades’s inviso-helm had also been stolen, which would allow the thief to pull this trick off easier. On the other hand, I thought, hadn’t he gotten the backpack from Ares? Except then I figured Ares might have hidden it in some special magical interior pocket and the bolt had only recently fallen out. But then, why would Ares give the bolt back?

So I enjoyed this chapter. Mysteries were resolved in a way that just brought up further questions, which is great for momentum. (I kept reading after that, and I’ve already finished the next chapter, but I had to stop to write this one up.) I mentioned being disappointed at a choice Percy made, however: He didn’t try hard enough to tell Hades that they’d been set up.

He was getting there, but then Hades brought out Percy’s mother and it seemed that any talk of what was really going on just went out the window, and rather than try to make some progress with Hades, Percy took the time to try to figure out how to escape without even trying to explain. I make notes as I read so I can better write these posts, and while I didn’t actually say this out loud, here’s what I put in my notes:

AT LEAST TRY TO TELL HADES YOU’VE BEEN SET UP, YOU NIMROD!!

Two exclamation points and everything.

And, okay, I realize that I probably wouldn’t be thinking entirely clearly in that situation myself, so I shouldn’t be too hard on Percy. But sitting on my couch and watching Percy play into the hands of whoever HAD set them up, I wanted him to at least try. But, hey, characters who don’t make mistakes are boring, right? 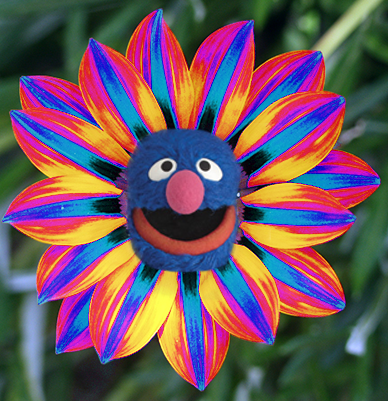 He’s not really gone, so long as we remember to water him in our hearts.
And keep aphids off his stalk.

My favorite line from this chapter goes to this line describing the Fields of Punishment:

“Even from far away, I could see people being chased by hellhounds, burned at the stake, forced to run naked through cactus patches or listen to opera music.”

It made me laugh. 😀 Opera music wouldn’t be so bad, though. Country music, on the other hand…

So what do you think? Am I being too harsh on Percy for yelling at him because he didn’t try harder to explain things to Hades? Let me know in the comments below!