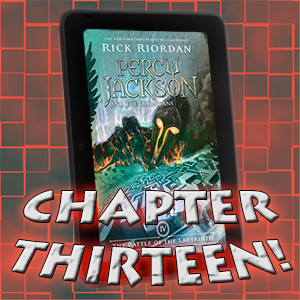 “Hire?” I don’t recall any mention at all of you paying her, Percy, ya stingy bastard…

Percy crashes his own funeral, someone goes suspiciously missing, and a Chekhov’s gun finally gets fired. Or at least gets the safety taken off. What the hell am I talking about? Have a look in the 13th chapter of Michael Reads Percy Jackson: The Battle of the Labyrinth…

We Hire a New Guide

So let’s just dive straight into this sucker for a glimpse into my thoughts while I was reading:

My first reaction as Percy returns to Camp Halfblood was surprise that Annabeth went back there to have a funeral for Percy while there’s still a crisis going on. “What?” said I. “You’re on a QUEST, Annabeth!” Just after that, I realized that I didn’t entirely know what’s happened or how long it had or hadn’t been, and that maybe I shouldn’t judge her just yet. Judging without all the facts is too easy. (It’s also fun!)

At the time I’d been thinking that almost no time would have passed, because–I belatedly realized–I’d misinterpreted the meaning of “timeless” on Calypso’s island. I’d thought Percy’s healing would all be happening in the blink of an eye. In hindsight, I was wrong to have thought that. Odysseus lost time there, after all. I just figured it’d be working the other way this time so that Percy could get healed before the seemingly imminent camp invasion when all heck was due to break loose. So what all happened with that? I wondered. Did Percy (and I) miss it?

I realized I should stop wondering things and keep reading. But I wasn’t really satisfied with what I found out: No invasion had happened yet, and apparently Annabeth had indeed returned to camp and done little else in the intervening time. At least nothing was mentioned about her doing anything else. Grover and Tyson were M.I.A., though, and, to be fair, perhaps I’d confused Grover’s timeline with the invasion timeline. 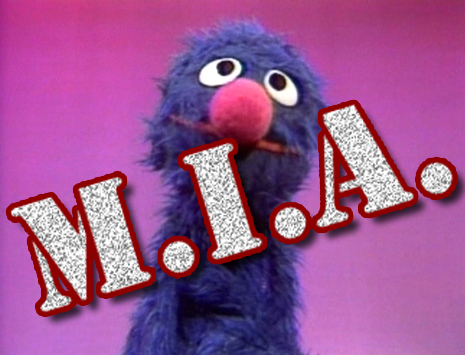 I know Percy’s name is on the cover of the book and such, and it’s written in first-person from his point of view, but I’m wishing Annabeth was more in the forefront here. (Remember how I got excited earlier in the book that we’d get to see an Annabeth-centric quest?) Her protest that this is her quest, and that she needs to lead it, echoed my own thoughts. She doesn’t have much agency at the moment. Did she do anything in the past couple of weeks beyond coming back to camp and mourning Percy? Why didn’t she go back to Hephaestus, report what happened, and have him hold up his end of the bargain on how to find Daedalus?

…Do I complain too much? You’ll tell me if I do, right?

If so, on to something I’m pleased to see: the return of Rachel Elizabeth Dare, and now I know the reason Riordan established her. (She’s the metaphorical Chekhov’s gun I mentioned, by the way. If you’re not familiar with that term, it refers to a statement by playwright Anton Chekhov that if a gun is fired in the third act, it must be seen above the mantle in the first act–and if a gun is seen above the mantle in the first act, it must be fired by the third.) 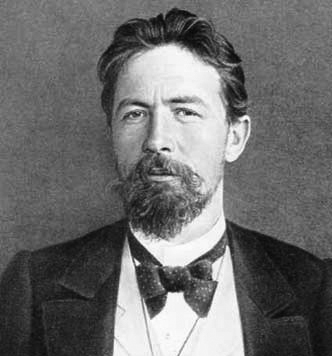 So Rachel is going to be leading them through the labyrinth with her abilities to see through the Mist! Interesting! I admit, I don’t yet understand this, nor why Percy already knew the answer. Rachel can see through the mist, yes, but…so can Percy and every other half-blood, right? Is it because Rachel attracts less attention being mortal? I look forward to finding out.

“Shhh!” Annabeth said, looking around. “Just announce it to the world, how about?”
“Okay.” Rachel stood up and said really loud, “Hey, everybody! These two aren’t human! They’re half Greek god!”
Nobody even looked over. Rachel shrugged and sat down. “They don’t seem to care.”

Before I move on to Chapter 14, I want to state for the record that I still think Quintus is a good guy, despite how it looks. I’d say this is “gut feeling,” but if I’m being honest, I’m just being meta. You don’t telegraph a character’s betrayal like this in a story, because then it sucks out all of the impact when they do turn. There’s no twist. Therefore, I’m betting the twist is that he is able to be trusted.

…Unless Riordan’s going for a Whedon-esque double-twist.