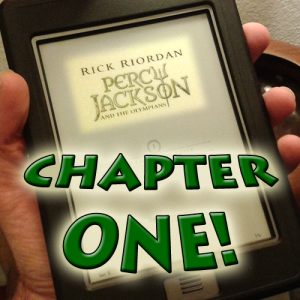 (The full chapter title wouldn’t fit in the image.)

And so it begins. A simple field trip, pre-teen social stress, and confirmation of what we’ve all suspected: at least some of our math teachers are secretly bloodthirsty harpies just waiting for us to screw up so that they can kill us. All this and more in Rick Riordan’s The Lightning Thief, chapter one, a.k.a.:

I Accidentally Vaporize My Pre-algebra Teacher

Okay, I’m going to be up front about this: The moment I realized this book was written in first-person, I literally (as literally) said, “Oh, NO.” Immediately after I wondered why I reacted like that. I’ve enjoyed first-person books before. Heck, I’ve written first person before. (In 2002 when I wrote my first ever mythology-in-the-modern-world story, “Playing With Hubris,” that was in first person.) So why did it bother me? Had I simply been conditioned by all of those story submission guidelines and agents saying, “I’m tired of seeing first-person,” to reject it out of hand? Get out of my MIND, all you prejudicial folk!

I’m enjoying it so far. As a guy thrice his age, it took me a little bit to warm up to Percy, but as I read I was brought back to the feel of junior high school and all of the “fun” things I had to deal with then. (Granted, I wasn’t ever in danger of being suspended. Not that I’m aware of, anyway…) His interest in Latin, which I myself studied for three years in high school, probably helped that, too. I could tell, of course, that his character was likely designed to appeal to all of the underdog, troubled kids in the target audience, but it didn’t feel like pandering to me, so I had no problem with this. 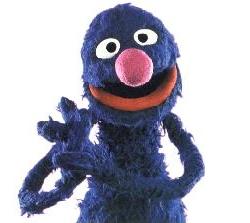 As for the other characters, Grover seems to be a pitiable but likable guy with a strong loyalty streak. Nancy Bobofit makes for a good introductory antagonist, but I don’t expect we’ll see her much beyond the first couple of chapters. (Maybe we won’t even see Grover much more either, if Percy goes off somewhere to Olympian school.) In my mind’s eye, Mr. Brunner looks a lot like my own Latin teacher Mr. Dole–except of course in a wheelchair. I like him, too.

Will Mr. Brunner be around much longer, though? If it really was Mr. Brunner who tossed Percy the pen-sword, then I expect he’ll stick around a while. Yet my current theory is that was just a god disguised as Mr. Brunner in that moment, quite possibly Hermes (pen-theft, plus the little practical joke of the real Brunner noticing Percy had his pen–seems Hermes’s style), so perhaps he’s just an early-chapter character, too.

So “Mrs. Dodds” vanished, both physically and from everyone’s memories. Something is clearly up. Is that some sort of “masquerade”-maintaining trick the gods do when something mythological runs amuck in the world? (I’m still not entirely sure what she was yet, but I’m going with harpy. Maybe an erinys, if Riordan’s world has more erinyes than just the standard three of Alecto, Megaera, and Tisiphone.)

I’m curious to learn exactly what the story told about Kronos the Titan and the whole kid-eating thing is laying foundation for. Is it just a general introduction to where Zeus and his siblings came from, or will the Titans feature in the book?

I’m eager to read the next chapter, though I haven’t peeked at the chapter title just yet. I’ll close with something I’ll be doing for each of these “Michael Reads” posts: listing my favorite line or phrase from each chapter:

“A red umbrella stuck up from the back of his (wheel)chair, making it look like a motorized café table.”

By the way, if you’re curious to read that story I mentioned (and two others), it’s in my short story collection Mythed Connections, which you can get for free when you sign up for my mailing list…

See you next time, and remember, comments are encouraged, but please, no spoilers! 🙂