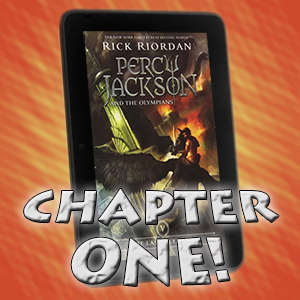 Alternate chapter title: “I Get Cockblocked by a Pegasus”

Riordan’s wasting no time here, is he? The book opens with a bang, and I’m only going to partially apologize for that pun. All this and more in the first installment of Michael Reads Percy Jackson: The Last Olympian, also called…

I Go Cruising with Explosives

Unlike the previous books in the series, The Last Olympian eschews a mystery hook for a direct dive into the conflict. Percy’s being proactive now, striking against Kronos and the Princess Andromeda. Immediately I know we’re in the middle of a guerrilla war. It’s a welcome break from formula, and creates extra urgency from the start.

I should say here that I’m expecting this book to be brutal, with lots of—or at least an increase in—death and tragedy. I hadn’t really considered that in my previous predictions. It didn’t realize I had the expectation, perhaps subconsciously, until seeing Beckendorf looking at Silena’s picture made me decide that meant there was a 95% chance he wouldn’t survive the chapter. He was happy, he’s got a girlfriend. If he’d been a month away from retirement, all the signs would’ve been there.

The first fantasy series I ever read, actually…

It’s the last book in the series, after all. Higher mortality rates are kind of a thing. Harry Potter and the Deathly Hallows springs to mind immediately, of course, given that Percy Jackson is another YA series. I’m also reminded of the final book in one of my childhood fantasy favorites, Lloyd Alexander’s Chronicles of Prydain. (Heck, it’s happening in A Dragon at the Gate, even. And yes, that’s a shameless plug.)

Granted, though Beckendorf was heavily implied to have exploded, we didn’t see a body. I’m usually skeptical when a body isn’t found, but then considering it’s the last book, and what happened with Bianca, I’m 90% sure he’s dead. But that 10% is nagging at me…

I do love it when my genre-savviness is stymied like this. 🙂

A few other things:

Rachel and Percy are moving faster than I anticipated. Does this spell doom for my Annabeth/Percy predictions?

I like that Percy has compassion for the younger kids roped into serving Kronos.

A month before, he’d rigged a Greek firebomb in the bathroom of a tour bus that was carrying a bunch of monsters across country. The explosion took out a whole legion of Kronos’s evil meanies as soon as the first harpy went flush.

Does that count for my prediction of “many, many harpies”? Probably not, huh?

Lastly, my favorite line from this chapter:

Then he threw me another essential tool of demigod heroes— duct tape.

I like it because this makes me wonder how the Iliad would’ve been different with duct tape.

Rage — Goddess, sing the rage of Peleus’ son Achilles,
Murderous, doomed, that cost the Achaeans countless losses,
Catching with grey adhesive so many sturdy souls,
And their WD-40…

I’m off and running!