A spa and resort in the middle of the SEA OF MONSTERS? What could possibly go wrong?

We Check In to C.C.’s Spa and Resort

In this chapter, Annabeth shares more of the prophecy, the two meet one of Odysseus’s old “friends,” and I have one or two introspective moments about my whole Michael Reads experience. I’ve got a lot to babble about here, so let’s get to it.

First, the prophecy: The next kid of the Big Three who lives to age sixteen will become a weapon to either save the age of the gods or destroy it. So it’s in the gods’ interests to kill Percy, really. Except a) as Annabeth points out, that would piss off Poseidon (but it’d be him against the rest of ’em) and b) the gods MIGHT be prophecy-savvy enough by now to know that any attempts to kill him could very well fail and give Percy incentive to end the gods’ age.

So they’ll need to be very, very careful when they murder him. 😉

I find myself wondering if there’s a child of Hades stashed away somewhere, or another child of Zeus’s. In fact, I’m going to go on record right now as saying I think one of those is true. I’m also curious if Thalia will return to life at some point. That Luke asked what she’d think of everything could be considered foreshadowing, right? 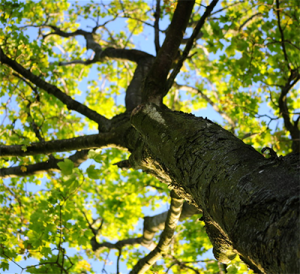 By the way, if I’m ever in trouble, a short distance away from a safe place, and someone with supernatural powers is going to help me, please let them help me by stopping whatever’s after me or carrying me to the safe place instead of turning me into some manner of flora.

And then they find the island of “C.C.” and walk into another trap.

Annabeth and I were used to traps, and usually those traps looked good at first. So I expected the clipboard lady to turn into a snake or a demon, or something, any minute.

So Percy’s getting smarter! Except that he knows he’s in the monster-festooned Bermuda Triangle and still thinks the various derelict ships and planes he see are replicas for tourists. But this can probably also be filed under things that are the fault of his strung-out mental state at the time, I suppose.

And that’s when I had my aforementioned introspection. I should judge less harshly. Not everyone knows about Greek mythology enough to see a resort island by “C.C.” and know that the witch Circe is likely to try to turn Percy into a pig. In fact, this is rather how the ancient Greeks experienced their theater. Most everyone in the audience knew the story of Oedipus, so when they saw a play on the subject by Aeschylus or Sophocles, it wasn’t so much about seeing where the story ends up as it was about the drama of seeing Oedipus experience his fate.

This is what can happen when you don’t study your Greek mythology, kids!

In other words, one of Percy’s tragic flaws is a failure to study Greek mythology, and now we’re going to watch him fall prey to that, and then see how he gets out of it. And I can get on board with that.

What’s more, Percy’s encounter with Circe adds an additional layer to the original myth in the sense that it’s explored through a teenager’s self-consciousness. Come to think of it, the story of Circe, and “unlocking your true self,” would make an interesting vehicle for exploring modern ideas of identity, attitudes, and gender roles.

My favorite line/quote from this chapter comes from Circe:

“Curse Hermes and his multivitamins!”

It made me laugh both for the modernized goofiness, and the fact that I can honestly say that’s a phrase I’ve never heard or read before. They should market those…

And now Percy’s stolen Blackbeard’s ship, and the guy’s probably even less stable than he used to be after being forced to spend three centuries as an unkempt guinea pig. I wonder if we’ve seen the last of him. Perhaps he’ll team up with Clarisse?