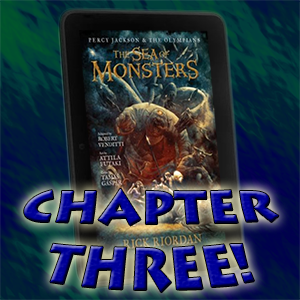 I’m not sure if this chapter is short or a rapid ride just makes it feel that way.

Hailing taxis of eternal torment, or even temporary torment, sounds like a bad idea to me. But I shouldn’t be so judgmental. So, on we go with the third chapter of Michael Reads Percy Jackson: The Sea of Monsters…

We Hail the Taxi of Eternal Torment

Okay, so this was actually a pretty quick chapter. We (i.e., me, but I like to imagine we’re all in this together) get a quick bit of rudeness from Annabeth, a wild taxi ride courtesy of the mythical Grey Sisters, and faster than you can say “don’t touch that eye, you don’t know where it’s been,” we’re back at Camp Halfblood.

And it’s under attack.

So I’m quite curious to move along to the next chapter to find out who’s attacking, or what, and why. But I shall be patient, because I have a blog to write! 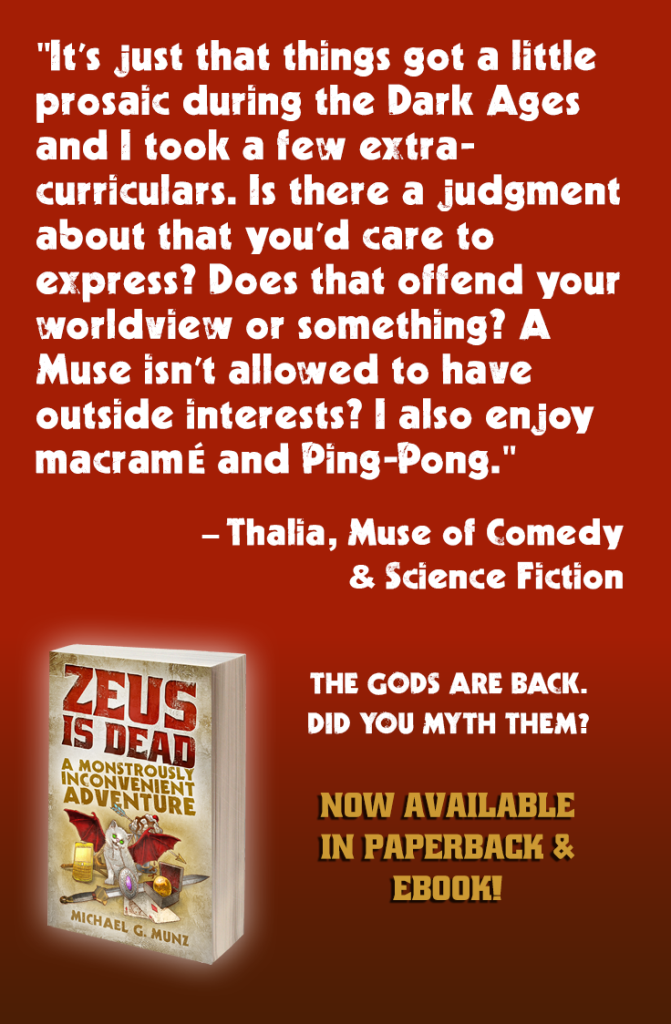 If I can have a Muse can take up ping-pong in Zeus Is Dead, then I suppose it’s fair for the Grey Sisters to take up driving…

There’s not really too much that I have to say in reaction, though. I learned that the Grey Sisters now run a taxi service! I wouldn’t have thought that would be their chosen modern profession, but alrighty, then! 🙂 Everyone’s got to keep busy, right? I pity the poor attendant at the D.M.V. who had to help them get a license.

Also, I get the feeling that Annabeth knows what Tyson is right off the bat (and it’s even more clear that he’s something not quite human given the Sisters’ reaction). I’m blanking on exactly what he might be, however. For some reason I want to say he’s a cyclops with a bit of mist keeping people from looking at his eye long enough to notice there’s just one. But I still don’t understand the cowardly bit. Cyclops exiled for being nice?

But what the hell, Annabeth? “Ah! Gross!” when Tyson says you’re pretty? It’s not like he said it while grabbing his crotch, you know.

Despite my annoyance with her there, she did get a laugh out of me soon after, which is the source of my favorite line (or series of lines, I suppose) from this chapter:

“Laistrygonians. The monsters in the gym. They’re a race of giant cannibals who live in the far north. Odysseus ran into them once, but I’ve never seen them as far south as New York before.”

“Laistry— I can’t even say that. What would you call them in English?”

She thought about it for a moment. “Canadians.”

So as I discovered in this chapter (and from Fibble’s comment on the last chapter), the Laistrygonians are another thing from the Odyssey that I failed to remember. I’m starting to feel ashamed. Odysseus is my favorite Greek hero. I really need to read about him again.
Thanks for reading with me. See you next time!