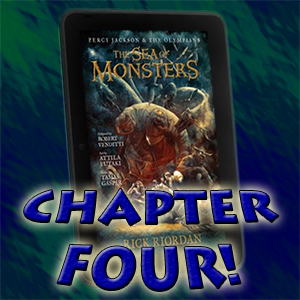 In which Camp Halfblood’s beef supply is secured for the entire summer!

Well that’s a lotta bull! Join me to learn what’s behind that terrible pun (for which I refuse to apologize) in the fourth part of Michael Reads Percy Jackson: The Sea of Monsters, also known as…

After a whirlwind of a taxi drive in the last chapter, Riordan pitches us right back into the fray with a battle on the borders of Camp Halfblood pitting the Colchis bulls against the demigod campers. While there wasn’t anything wrong with the last chapter, I found this one far more satisfying. I think that’s a combination of two things: Percy and the group were more able to affect things with their own actions, and the fact that someone finally whacked Percy with the stick-of-truth and made him realize that, no, Tyson is not a regular kid. 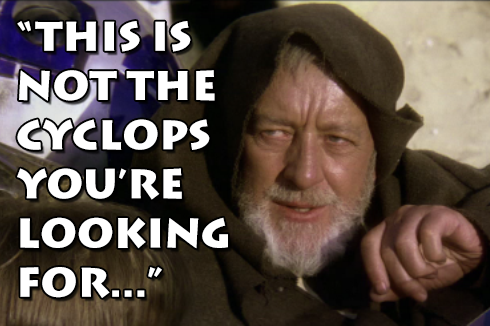 The Mist can have a strong influence on…well, you know.

Perhaps Percy is just more susceptible to the Mist than most halfbloods because…um… Well I dunno why.

The start of the chapter surprised me a bit: While two giant fire-breathing bronze bulls are certainly nothing to sneeze your nose at, in the two days between my finishing the last chapter and starting this one, I’d built up the attack in my mind such that I was expecting a greater number of assailants, as if it were under siege by a full army. But I’m not complaining, I’m just registering my failure to anticipate.

And this is not to say the bulls weren’t wreaking some epic-level havoc!

I enjoyed seeing Clarisse organizing folks to take out the bulls. It’s nice to see her in her element, and it gives her character more nuance beyond just being the bully. Of course, she’s still hostile to Percy, so she remains true to character. I was glad that she was the one to kill the second bull. While Percy’s got his name on the series, it’s good to see that others are competent, too.

I belatedly realized, as I wrote this entry, that there’s a big ol’ cyclops on the front cover, which may have also influenced my guess.

And yes, I was right! Tyson’s a cyclops! (What? It’s fun to be right!) It was the mention that Percy could never seem to look up above his mouth that made me suspect. Riordan did a good job in this case of giving the reader enough information to make an educated guess without fully telegraphing it.

But I wasn’t completely right, either! Tyson apparently wasn’t sent to protect Percy, he happened to find him. Then again, that’s just Annabeth’s theory. It’s still possible that Chiron sent him, because there’s no reason for Annabeth to be in that particular loop, after all. Then again (again), if someone sent Tyson, it might not have been Chiron, because…

TANTALUS IS THE ACTIVITIES DIRECTOR?! This is the guy condemned in Hades to be eternally thirsty while standing in a pool of water that withdraws every time he gets his mouth near enough to drink? Did he get some Hades-parole? I want to know more.

After thousands of years of that, I wonder how scarred Tantalus might be. Oh, gods, he’s the activities director: a calisthenics program led by Tantalus is potentially heinous. “Just give me four more squat-thrusts! Three more! Two more! One more! Seven more!…”

I suppose I’ll find out soon. In the meantime, the chapter ends with the news that Thalia’s tree is dying, weakening the magical borders around the camp. But wait, the tree has only been there for six years. What did the camp do to keep its borders strong before then?

My favorite line this time is shorter than last chapter:

“Tyson balled his fists and slammed them into the bull’s face. ‘BAD COW!'”

Where was Dionysus while his camp was being attacked? Geez, if you can’t count on the god of wine, who CAN you count on? 😉