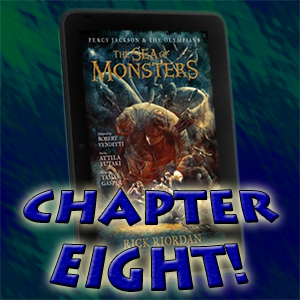 …I loved it. It was much better than Cats. I’m going to read it again, and again…

So two little things I predicted came true, and one big thing I predicted was more or less wrong. I’m going to say they balance out in this, the eighth part of Michael Reads Percy Jackson: The Sea of Monsters…

We Board the Princess Andromeda

This chapter was a fun bit of action launching us (a.k.a. me, I suppose, but you’re with me in spirit even if you’re not reading the book along with me, right?) soon after into an unsettling bit of creepy. I don’t know quite what it is about the idea of a deserted cruise ship, but it weirds me out. Perhaps I’ve seen too many books, movies, and TV shows about horrible things that happened on derelict ships? (Off the top of my head: the Alien franchise, Firefly, a number of X-files episodes, Virus, Deep Rising, approximately 150 bad Sci-Fi Channel flicks, and various tales by H.P. Lovecraft, for starters!)

To quote my friend Dave, “Look out!! Sea-Minkies!!”

But it’s a good creepy. I mean, yeah, given the genre it’s unlikely that Percy, Annabeth, and Tyson were going to have their skin ripped off by giant deep-sea worms, but the atmosphere does turn the screws. At first I was disappointed when they so quickly ran into occupants in the morning, but then THAT got creepier with their hypno-zombie intonations.

Because I’m a weirdo, of course, it also made me laugh as I remembered an old SNL skit:

But I’ve skipped over the hippocampi entirely, haven’t I? (BAD Mike!) While I have a certain interest in horses, I’ve never had any particular fascination with the mythical hippocampus. Yet Riordan does well at getting across how it might be like to ride one:

We zipped along with the wind in our faces, speeding through the waves so smooth and steady I hardly needed to hold on at all.

That, coupled with Tyson’s joy in not only finding some horses that weren’t afraid of him but also one with which he could bond so quickly, made for a great scene.

Plus, harpies! Pardon me while I triumphantly wiggle my bum because something I predicted came true.

Speaking of Tyson, I noticed that his metalworking project is mentioned again. His secret metal-working project. I’m sure it’s something that will come in handy later, but so far I have zero guesses as to what it is. I’ll keep you posted. (You know me; if I have any sort of guess at all, I like to get it out there on the off chance I’m coincidentally right so that I can feel smart about it.) 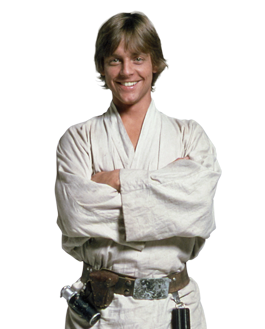 And, oh, yes, the thing I was wrong about: Luke showed up! Prior to the midpoint of the book! (Dangit, he ruined my whole point spread.) I could argue that we’ve only heard him, rather than seen him, but I won’t split hairs. As to what we hear, Luke mentions that someone will “take the bait.” Is he talking about Percy and the gang? Is Fleece really a trap? Elaborate trap, if true. I’m still skeptical. I guess I’ll find out. Perhaps I’m simply obstinate.

One final thing in this main section here, which I found myself thinking about when Percy thinks he hears voices outside the door in the middle of the night, but figures it’s his imagination: Percy needs to learn that when he THINKS he sees or hears something, he needs to stop dismissing it. …Although given the law of narrative economy, the book does only mention things like that when it does turn out to be relevant, and for all I know he could be noticing things left and right that actually do amount to nothing and those just don’t get mentioned.

If only Percy were aware that he was in a book…

This chapter’s favorite quote is a short one, from Tyson:

Come on, I dare you not to smile at that. I frelling dare you.

So the gang is going to try to capture Luke, bind him in chains, and drag him to Olympus. I think they should beat him with the chains a bit, first. Ya know, for science or something.

Just a reminder: Don’t miss a post! Click the reddish button in the right sidebar to get alerts when new posts go up…