So according to this story from The Hollywood Reporter, MTV has ordered a 10-episode TV series based on Terry Brooks’s fantasy novel, The Elfstones of Shannara. Jon Favreau is executive producing, with a script by Smallville writers  Al Gough and Miles Millar. Jonathan Liebesman (director of, most recently, Teenage Mutant Ninja Turtles, Wrath of the Titans, and Battle Los Angeles) is apparently set to direct. Word is that MTV liked the script enough to completely skip the pilot process.

I’ve said before that my decision to become a novelist occurred while reading Elfstones. Terry Brooks is not only one of my writing influences but personally helped me revise the first draft of A Shadow in the Flames during a small writing workshop one year. It therefore goes without saying (though I’m apparently saying it anyway) that I’m excited to see how the series turns out.

For one thing, it’ll be on MTV. 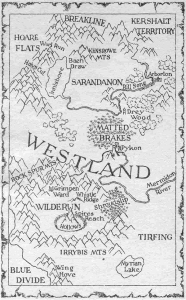 I’ve not actually looked at MTV in a long while, so I can’t say for sure just what the channel is like now. I’m sure their decision to order the series is part of a desire to get in on the widening television fantasy audience that Game of Thrones has created. Elfstones isn’t near as gritty as GoT, but even so, I can’t help but wonder if they’re going to weaken the source material through some sort of misguided effort to tailor it to the MTV demographic. Will Allanon be some sort of dashing 20-something? Will it have a Taylor Swift soundtrack? Will the show be edited like a music video? I’m probably overreacting here, but I am…anxious to see how it turns out. Maybe, as a friend of mine observed, a desire to make it more like Game of Thrones will balance out the MTV-effect, and it’ll turn out pretty well.

The other thing that I’m curious to see (“worried” would be too strong of a word here) is how exactly they handle a second season, should it be successful enough to warrant it. With the first season based on Elfstones, it follows that season two would be based on the next book in the series, The Wishsong of Shannara. Yet that book takes place a generation later. Most characters would have to be about 25 years older. Most actors from the first season would be gone. TV doesn’t generally work that way. NBC’s Heroes was originally going to do their season two with completely new characters and actors, but they changed their minds to stick with the same established people. (I expect the actors and their agents also lobbied for this, and one can’t really blame them.)

So what’s going to happen there? Will MTV stick with the series as written (albeit adapted for TV)? Or will they start writing new stories after the end of Elfstones using the same characters? 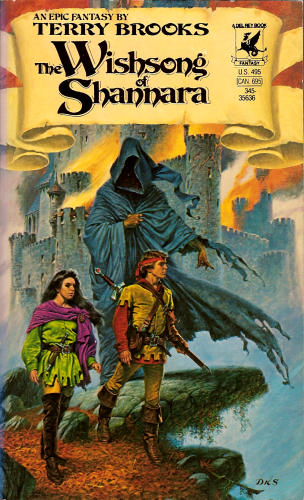 I’m even more curious what will happen if there’s a third season. The book after Wishsong occurs three full centuries later, if memory serves. On the other hand, THAT begins a four-part series with no time jumps, which they could work off for years.

Oh, and I should also mention I’m not at all bothered by their skipping The Sword of Shannara, the first book in the series. Sword, while a decent book, is highly derivative of The Lord of the Rings. (In fact, Lester Del Rey’s interest in the book was precisely because of that. He was looking for a book that would help fan the sparks of the then tiny fantasy genre into a huge flame. Derivative or not, fantasy writers today owe much to Del Rey and Brooks.) I suspect viewers today wouldn’t be as interested in that as they would the superior story of Elfstones anyway.

I’m curious to see how this all turns out.