You’re never too old to start cosplaying. Or, at least, I can confidently say that if you’re my age or younger, you’re never too old to start. (Beyond that, I have no personally verifiable data.) For about the last five years–which coincides with my first ever visit to Emerald City Comic Con–I’ve had an itch to try to put together a cosplay. It wasn’t a major itch, like the kind you might go to the doctor about, but rather one of those minor itches on your calf that you notice only mildly most times as you walk save for the times when you’re in the shower and the hot water hits it just right.

I think this metaphor may be getting away from me, but from time to time I thought about trying to put together something simple, like a Firefly cosplay of Mal. Shouldn’t be too hard, right? Though it has to look good. The right kind of beige slacks. A wine-colored shirt. Leather suspenders with those weird loops on the bottom you don’t really find easily. Plus a duster, and, oh, a pistol just like he has otherwise people won’t know what I’m doing and aren’t those kind of expensive and Nathan Fillion has a lot more hair than I do and… Wow, this is no longer simple, is it? 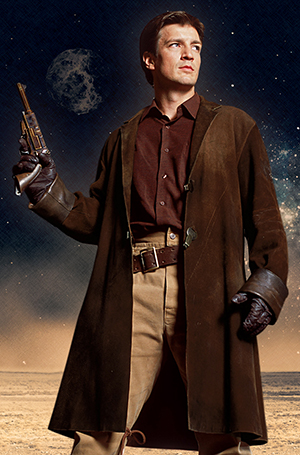 Oh, and I guess the gloves. And the belt.

So I’m a bit of a perfectionist. If I did something, I wanted it to look good, and if I wanted it to look good, it would take a fair bit of time, and if it took a fair bit of time, then when will I find the time, and ooh, I should go eat some chocolate or write or play a game and look at the shiny thing over there! So, yeah, it never quite got off the ground. Yet the itch was still there.

And the itch remained, waiting for the right kind of scratch, like a pile of gunpowder waiting for a match (or a mixed metaphor waiting for an editor, I guess). The scratch/match finally turned out to be related to my books, specifically my intent to start being more visible as an author and sell my books at cons. How much more fun would it be (and yes, how much more eye-catching) if I had a good cosplay? So, I committed myself: By the time Norwescon came around again, I’d be going to sell my books, and I’d have a costume.

So, who/what to dress as? As I’d recently surrendered to my thinning hair enough to shave my head entirely, Captain Mal wasn’t an option without a wig. I needed a cosplay that was either already bald, or used a hat. Long story short, I decided on an Imperial Navy officer from Star Wars. 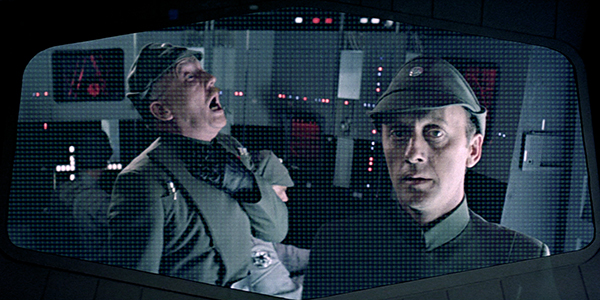 I’d get the crisp cut of a sharp uniform, the fun of playing a powerful, arrogant character, and it’s got a hat! What’s not to like? (Plus I could add my lightsaber to the cosplay and be a guy with his own Star Destroyer who also started to learn a little about the Force while Vader wasn’t looking…) Now I just had to figure out how to do it so that I wound up with something that looked good that I’d be proud to wear.

And here’s where I probably diverge from a lot of more dedicated cosplayers. I don’t know how to sew. I’m not good with crafting. There are some people out there who can put together INCREDIBLE cosplays that I couldn’t hope to hold a candle to, and also some people who love to cosplay for the pleasure of putting it together. I have huge respect for those people. I, however, am not one of those people. I don’t have the time to devote to the hobby. So I guess you could say I took the quick and easy path: I decided to save up little by little and throw money at the problem… 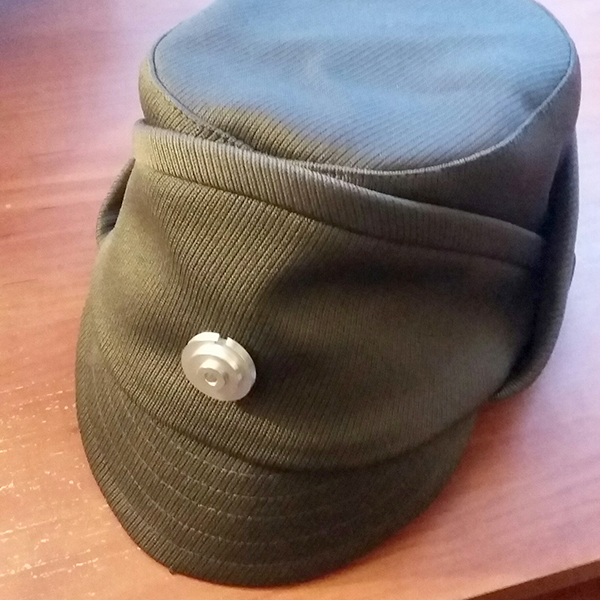 Next in my cosplay experience: Putting it all together…