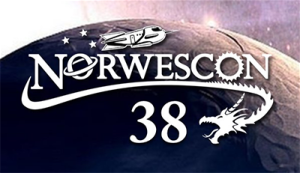 It’s entirely possible I may freak out on stage, and you don’t want to miss THAT, do you?

As I mentioned here back in January, this year’s Norwescon will by my first time ever attending a sci-fi convention as an invited professional. (I know; I’m as shocked as you are!) In January I didn’t know any more beyond that I’d be on a few panels and would also be reading from Zeus Is Dead and signing autographs at some point in the conference.

Well, I’ve received my final schedule, and now I’m sharing it with you. If you’ll be in the Seattle area between April 2nd and 5th and are up for hanging out with a bunch of sci-fi/fantasy folk, head on down to the Doubletree by Hilton Seattle Airport and say hi! (Note that pre-registration closes March 28th.)

Here’s where you can see me…

Just what the title says: Me in a room reading from Zeus Is Dead! Maybe even with people listening to it! 😉 I just need to pick which passage to read. And no, I won’t be picking anything with the Erinyes. I’m not that good of an actor.

Not quite New York, not quite indie. What are the new, hybrid publishing models all about and what can they do for your career as an author?
Tod McCoy (M), Michael G. Munz, Stephanie Herman, Annie Bellet, Kurt Cagle

Is the next generation being discouraged by dystopian science fiction? Do we need more hopeful themes to inspire scientists and inventors to build a future we want to live in?
Brenda Cooper (M), Michael G. Munz

School, work and social environments sometimes make it hard to fly your geek flag as prominently as you might like. Get and share tips for recognizing kindred spirits without freaking the mundanes.
Mike Robles (M), Donna Prior, David Shoemaker, Michael G. Munz, Minim Calibre 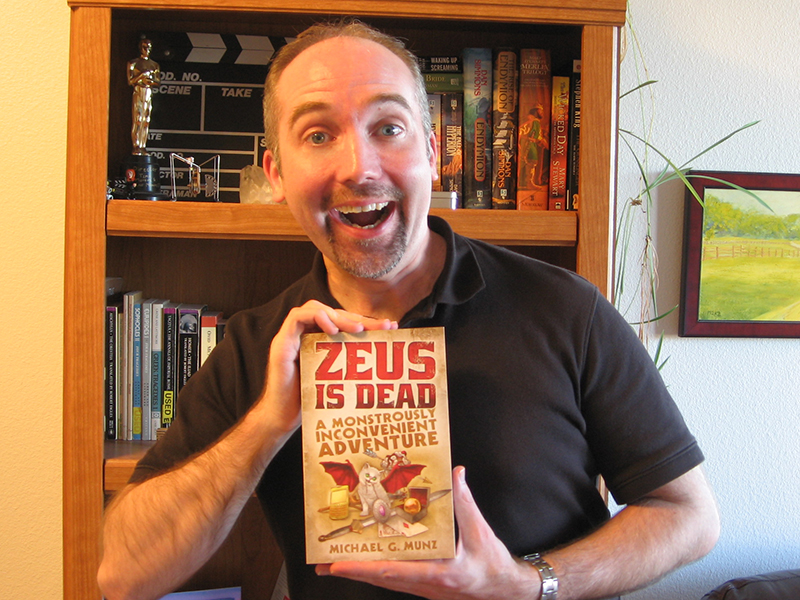 Note: Objects in picture may be more intelligent than they appear.