I got bored, and I have access to Photoshop, so…I did a thing.

…and then I did another thing. 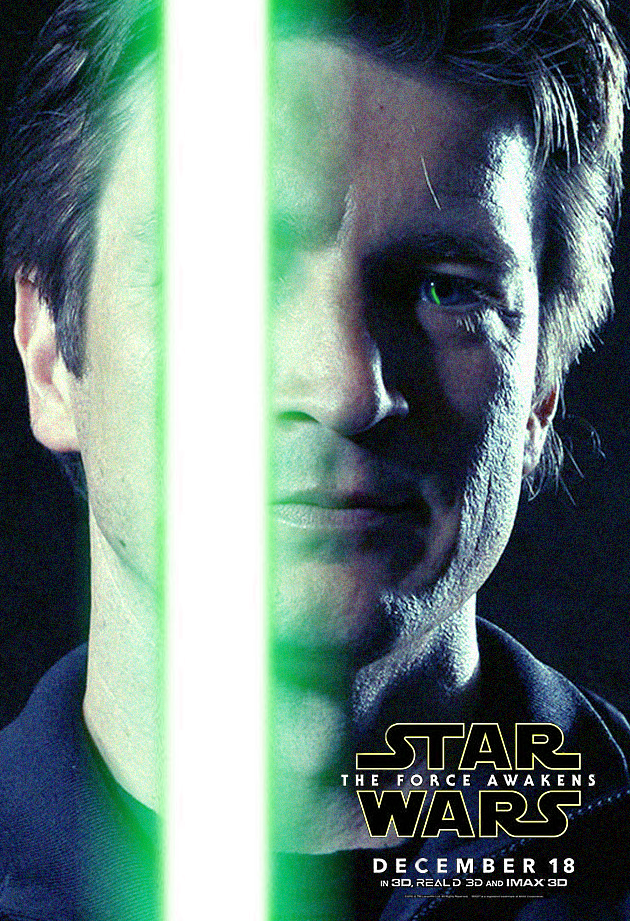 The day approaches. A new Star Wars film is set to rise upon the world, and many of us await The Force Awakens with emotions that run the gamut from overjoyed excitement to palpable dread. When I first heard there would be new films, my reaction was as close to “meh” as one can get. (Okay, so there was excitement and interest mixed with the feelings that I’d been burned before, but it balanced out to meh. Hey! The prequels brought balance to the Force!) And yet, as time progressed, my interest higher. Since the first trailer, I’ve been holding steady at cautious optimism, despite the voice in the back of my head telling me not to get drawn into the hype.

In truth, I’ve been doing my best to avoid the hype for the past month, primarily because I’m trying to avoid any spoilers. When the last trailer came out, I told myself that was it: I’d allow myself no more information about the film. I’ve been avoiding the interviews, the additional footage, even the TV ads. When that yellow narration scroll–the first new one we’ve seen in over ten years–crawls its way across the stars, I want to be completely fresh. But am I also avoiding the hype because I fear disappointment? That’s entirely possible. But today’s Guest Geek has some interesting points to make on the subject. Please welcome back previous guest Nick Fraser to the blog, and share your thoughts in the comments!