Today I return to the Land of the Guest Geeks, this time with fellow geek, author, and collector K. Williams. (Seriously, look at all those geek collectables! The best I can do is a tribble, a LEGO X-Wing and a Dalek Christmas tree ornament. …Well, and some few other things.) We all gravitate to our own particular flavors of geekdom, each of us drawing particular rewards, enjoyment, and encouragement. Today, she shares some of her own journey. Her story especially resonates with me as a writer—I can relate far too much to the gauntlet-O-rejection that is the publishing world. But even if you’re not a writer, I think you’ll love this one… END_OF_DOCUMENT_TOKEN_TO_BE_REPLACED 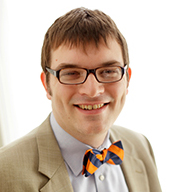 Whew, it’s been a busy few weeks here. I’ve been a bit slow in updating the blog, but I assure you it’s all for a good cause. There’s a lot happening on the Zeus is Dead front, which is what’s filling up most of my time, and most of that is due to the final edit on the manuscript itself. My Booktrope editor is giving me a lot of great comments and notes. It’s making the novel even better than it was, but it does mean that much of my time is taken up in reviewing and incorporating those notes into revisions. It’s fun (and it’s fantastic to work with someone as excited about the book as I am), but time consuming. Our deadline is April 15th, so I’m working hard to meet that. END_OF_DOCUMENT_TOKEN_TO_BE_REPLACED

In part two of my reblogging some entries written a few years ago when I finished writing the original manuscript of what’s now titled Zeus is Dead: A Monstrously Inconvenient Adventure (a comedic contemporary fantasy coming soon from Seattle publisher Booktrope!), I talk a little about the process of writing the novel itself. (See part one for the origin of the idea.) Writing it was a blast, though not without difficulties…

(Note that the working title of the novel was Murdering Zeus for Fun and Prophet.)

In my last entry I wrote about how I originally embarked on writing the (completed) manuscript I’m now calling Murdering Zeus for Fun and Prophet. At the time I began, I only made a few veiled comments about what I was working on. “Somewhat less serious” was the phrase I used when comparing it to my previous work, but I didn’t mention anything at the time about Greek gods.

END_OF_DOCUMENT_TOKEN_TO_BE_REPLACED

So you’ve probably heard my news that Zeus is Dead: A Monstrously Inconvenient Adventure will soon be published by Seattle publisher Booktrope. Today I’m reblogging something I wrote a few years ago after I’d completed the manuscript and was getting ready to shop it around to agents: the “origin story” of how I came to write my favorite work…

(Note that the working title of the novel was Murdering Zeus for Fun and Prophet.)

Way back when I started writing–at least in any serious fashion–I had an idea about writing an original Greek myth. Not to retell The Odyssey or some such thing, but rather writing an epic of my own plotting using the already existing (and public domain, obviously) characters of Greek and Roman mythology.

END_OF_DOCUMENT_TOKEN_TO_BE_REPLACED

Happy New Year! New Year’s Day finds me working on A Dragon at the Gate (Book Three of the New Aeneid Cycle, if you’re new around here). Unfortunately, it finds me just a little sluggish with the whole stringing words together part, so while I wait to regain my writer’s perspicacity, I’ve decided to give a little glimpse into some of what’s written so far.

Obviously this is still a rough draft, but I figure it’s a good teaser. Obviously again, this has some spoilers. There’s nothing major, but it does at least tell you some of whom has survived the first two books, and a hint of something that’s going on in the early parts of book three. Continue at your own discretion… END_OF_DOCUMENT_TOKEN_TO_BE_REPLACED

So I haven’t done any sort of post on writing lately. The good news is that this is mainly due to the fact that I’ve been too busy with actual writing. I’m seven chapters in to the rough draft of A Dragon at the Gate (possibly eight, depending on how I break it up). Things were moving along pretty well there for a while, but then I hit a snag. END_OF_DOCUMENT_TOKEN_TO_BE_REPLACED