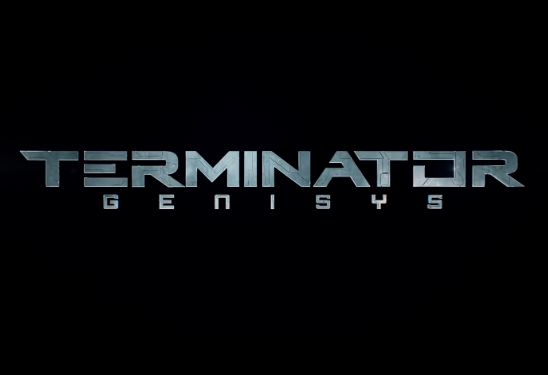 Haven’t seen the trailer yet? It’s embedded at the bottom of this post…

I think I’d heard a while back that they were working on a new Terminator movie, but when the trailer for Terminator: Genisys (ugh, that Y—and the I, but mostly the Y!) debuted a couple of weeks ago, it took me by surprise. I thought the 4th Terminator film was just awful on a number of levels—it’s not part of my own “head-canon” for the series—so I suppose when I first heard about a T5, I just cringed and then pushed it from my mind.

And yet, after seeing the trailer, I can’t deny that I’m intrigued. Terminator: Genisys might actually have some potential (except that Y). I’ve been meaning to blog my thoughts on the trailer for a while, but with the Percy Jackson reading and other responsibilities, this is the first time I’ve had a chance.

First, some of the images from the trayler. Click for larger versions…

A nice visual to start with. The color palette invokes the first two films. This is a good thing.

While watching for the first time, the color scheme was nice to see. One thing that bothered me about T4 was its many  daytime scenes, when we’d only seen darkness in previous flash-forwards. Sure, daylight would still exist in the future, but it didn’t feel, thematically, a part of the same franchise. Even so, despite the palette, at this point in the trailer  was I still only watching with half interest, expecting disappointment.

He doesn’t look like any of the myriad of John Connor’s we’ve ever seen, but John has been played by so many actors over the years that I don’t particularly mind. Still, just feeling indifferent as I watched…

A brief glimpse of Sarah Connor, played this time by Emilia Clarke. At first I didn’t recognize her without the white hair. So now two Game of Thrones actresses have played Sarah Connor in some form…

My interest pricked up a little bit when it seemed the movie would be showing us the capture of the time machine and how things unfolded at that point in terms of discovering what Skynet had done and deciding what to do about it. I’ve always wanted to see this, and was disappointed T4 didn’t give it to me. Sure, we know the outcome, but did they discover one terminator had been sent back, decided to send Reese, and then discovered that Skynet had tried again with the T-1000 because sending Reese changed their own past? (And then of course there’s the reprogramming of the second T-800, the T-X, and the T-850…) There are a number of ways it could have gone. So I got more curious. At the same time, though, I was still skeptical: what if they don’t put any thought into that?

The time machine. No morlocks in sight. Lots of Cameron-blue.

Up to this point, though, I figured the movie would mostly take place in the future. (So maybe we still won’t even see them learning about the T-1000?) But then Reese gets sent back…

Well that alley looks quite familiar, doesn’t it?

Very familiar. They’re sticking to the source material. I approve, but are they just going to re-do Terminator with new actors? Is this a remake?

And then a van smashes through the windows of the department store, hitting the cop going after Reese and…

Wait a minute. What??

Aaaand that’s where I became intrigued. SOMEthing clearly got messed around with the timeline. Exactly what happened? Why? The Terminator series, especially with the first two films, has always had the potential for mind-screwing time-travel lurking beneath (and sometimes above) the surface. John wouldn’t be born if he hadn’t sent Reese back to become his father. (Was Reese always his father, or did that change the future so things became a little different?) If Skynet was never built, then how did the terminators/Reese get sent back to ensure that Skynet never existed? Are they from alternate timelines, or did they just become disconnected from their source in the timestream? Ontological paradoxes!

That sort of thing can be absolutely fantastic in science fiction, but only if the writers take pains to be consistent in how things are handled. Will the writers be thinking “4th-dimentionally,” or will it just be a case of slipshod, “we want to do THIS now and we can because TIME TRAVEL and bloobitty-blobbity-bloop-EXPLOSIONS!” I mean, I’m paraphrasing, but you get my point.

Yeah, I’m a nerd. Wanna fight about it?

So I wanted to know more. My hopes were raised. This might actually be good, if they can pull it off in a smart way. I kept watching.

Hey, the original model. Are they going to use CGI to give young-Arnold new scenes?

Except there’s someone waiting for him…and wow, he’s looking old, especially alongside his mid-80s self.

They were waiting for the bad one. So the good one got there first. Hmm.
Wait, he’s going to take him out with a shotgun?

I actually didn’t think of the shotgun thing until later. And maybe he’ll shoot him a few times to distract him and then just tear his head off. Hey, does this mean Bill Paxton doesn’t die? Think he’ll have a cameo?

This is presumably the T-800 rescuing a young Sarah Connor. I guess Skynet tried to go after her as a kid, too. Skynet, you so wacky.

So, somehow, a T-800 was sent back to Sarah’s childhood. Does that double as a way to explain Arnold’s age? Does the exterior skin on the chassis age? I suppose I’m good with that. What keeps that stuff alive, anyway? Does a terminator need to eat? Does he steal Robocop’s baby food? Does he have to moisturize?

Here are some tidbits from the rest of the trailer…

The T-1000. I wonder if this is meant to be the same one from T2, redirected to before John’s birth. It was considered a prototype then, after all. Or did Skynet build a second one?

Wouldn’t be a Terminator movie if they didn’t mangle some moving vehicles!
Is anyone else reminded of Inception? No? Just me, then?

Arnie’s hair is getting white.

Seriously, who came up with that spelling? SyFy?

That’s actually kinda cool, and still falls under the category of “knives and stabbing weapons.”

So as you can probably tell, I’m cautiously, trepidatiously optimistic. It’s entirely possible that they’ll crash and burn on this, but maybe, just maybe, they’ll get it right. I hear they’re trying to “reset” the franchise with this, so if it works, there will likely be more. Where they’d go from there, I don’t really know. Would there be anywhere to go if they DID succeed in stopping Skynet from existing? Or would they just pull what Terminator 3 did and say, “Yeah, still happened. Explosions!”

(Okay, so I liked some of Terminator 3. It had some interesting ideas. Worlds better than T4. But still…)

Here’s the full trailer. What do YOU think?