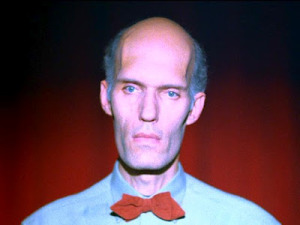 So if you haven’t heard the news, co-creators Mark Frost and David Lynch are returning to Twin Peaks for a 9-episode series taking place 25 years after the events of the original series. It will arrive sometime in 2016 on Showtime. Now comes the waiting. (“It’s hard. Waiting.” – Deputy Andy “I’m a whole damn town!” Brennan)

So yes, we must wait, but that means we’ve got at least a year and three months to gleefully speculate! I plan to head out back with the rocks and bottles just as soon as I can in order to determine just what we’ll see in 2016. (Would you please put on the kitchen mittens?) I also want to blog  a bit more about my thoughts on this whole thing. But meanwhile, I may as well use this as fodder for the next in my series of geek-related Top 5 Lists!

Top Five Things We Need to See in Twin Peaks 2016

Now hopefully you won’t mind my taking it upon myself to speak for all of you in that whole “we” thing there. But, hey, this is my blog. If you care to disagree, or think I’ve forgotten something, by all means, correct me in the comments!

Oh, and of course, this list will contain massive spoilers for anyone who hasn’t seen the series yet, so proceed at your own risk. …Unless you’re the person I’m currently showing the series to, in which case, back away!

“What happened to (insert character here)?” 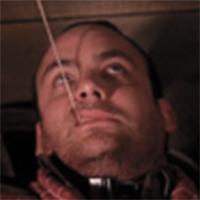 Okay, so I realize they can’t likely fit in exposition about everything and everyone running around (or holding back spiders via clutching at twine with their teeth) at the end of the finale, but hopefully we’ll get as much in the way of details–explicit or implied–as possible. Did Audrey survive the bank vault, and what’s the Horne family like now? (Who’s running The Great Northern?) What’s become of Josie Packard’s soul, trapped as it seemed to be in the wood of The Great Northern (or at least that particular drawer-knob)? What happened to Leo Johnson when his grip gave out, the spiders dropped, and he finally realized that tarantulas aren’t poisonous? (I’ve long been of the belief that Windham Earle amused himself by trapping Leo with his own fear rather than any true physical threat.) Did Shelley Johnson ever improve her aim above Star Wars Stormtrooper standards?

FBI Agent Albert Rosenfield is one of my top three favorite TP characters. (Cooper and Major Briggs are the other two, if you’re curious.) Albert’s blunt brand of no-nonsense snark, solid sense of justice, and underlying love for his fellow man–his speech in season two is one of the show’s best moments–is a vital element of Twin Peaks. If the show returns without Albert, I will be…unpleasant to be around. Miguel Ferrer, get your agent on the phone, now!

Also, I wouldn’t put it past Frost & Lynch to show us that he’s taken over the role of town doctor from Doc Hayward. Perhaps he’ll even get a visit from his old FBI friends Keiffer Sutherland, David Bowie, and Chris Isaak…

Hawk and the Black Lodge

Ah, his first name is “Tommy.”

I’ve long had a theory that Coop’s rescue from the Black Lodge would involve Deputy Hawk (hey, did we ever learn his full name?) and Major Briggs braving the Black Lodge together, as they were the two who seemed to know the most about the place. Major Briggs, I’m sorry to say, won’t be returning (R.I.P. Don S. Davis), but Hawk can still go in there. Heck, maybe he’ll get some help from the Log Lady? Is it possible that Bobby Briggs will follow in his father’s footsteps and join them? 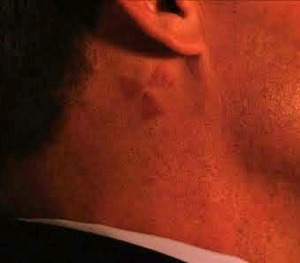 We’ve never seen it, have we? I suppose it’s open to interpretation, but in my own personal interpretation, it’s never been portrayed on screen. Sure, the “Waiting Room” is–again, my own belief here–is both White Lodge- and Black Lodge-adjacent (that’s how the Giant can show up in there, right? I’ve always believed him to be one of the White Lodge folk). But the Black Lodge needs to be confronted before getting to the White Lodge. Coop’s been in the former for 25 years. Surely he’s figured something out in that time?

The evil priests in search of access to the Black Lodge are only briefly mentioned by Windham Earle during his own search, but there looks to be more on them in the Project Bluebook files. Based on mention of “the dweller on the threshold” by Deputy Hawk AND mention of the same term by Mark Frost in his novel The List of 7, I think Frost has more to tell us about these guys.

HONORABLE MENTION
(Okay, so I’m not so serious about this one.)

At the very end, it shall come to pass such that after the series ends, Cooper, Audrey, Andy, Norma, and BOB will spend their time driving around in a van solving mysteries, to occasionally be joined by Jerry “Scrappy” Horne and/or the Harlem Globetrotters. That, or Pierre Renault arrives in Twin Peaks to get revenge on Cooper for the deaths of his three brothers.

This happened right AFTER James Hurley sang, and it’s STILL only the second most disturbing part of the episode.

So how’d I do? What do YOU want to see in the revival? Tell us in the comments!