Hi everyone! I’ve got a special guest post for you today. My fellow author Terry Persun’s new fantasy novel Gargoyle, the 4th book in his Doublesight series, has recently been published by Booktrope, and I’m pleased to have him here today to tell you about his Doublesight series, and the shape shifters therein. Take it away, Terry! (And be sure to check out the Rafflecopter at the end for a chance to win some free books!)

Totem Animals and the Doublesight Novels 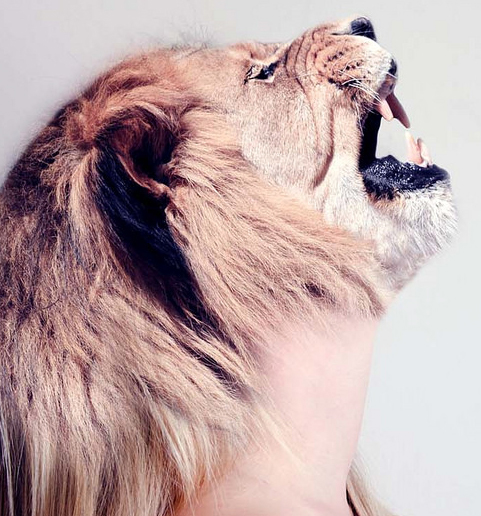 I read a lot. So when I come up with an idea, I try to separate my idea from what everyone else appears to be doing. This isn’t always easy, but it’s worth the effort every time. So when I started to play around with the idea for my Doublesight series, I wanted my shape shifters to be unique.

In so many books where shape shifters are part of the story, the person with the talent can shift into any animal they wish, sometimes any plant or anything else, too. To me there is little fun with that. If they’re being attacked they can turn into a polar bear or rattlesnake, when needing to get away, they can shift into a bird or antelope. There are some books and television shows where the shape shifter only shifts into one animal, but it’s usually a pack animal—wolves are the popular one. But that’s not the only issue I have.

Whenever I’ve read one of those books, I found that the human character is no different than any other human on the planet. Sure they have their own personality, but I thought that if you are a shape shifter, then the other life you’re living must affect the time you spend in your human skin. That’s why, in Doublesight, the humans take on some of the traits of their corresponding animal image.

I also felt that no one would know your animal image for sure unless they actually saw you shift into it. After all, seeing is believing, but I took that one step further. Seeing another human shift into their animal image meant that you could always see the image—like an aura—silhouetted around the person if you chose to.

And no book is without conflict or problems, so I chose to have my characters stay in one image or the other if they didn’t shift every once in a while. And they’d remain in animal image (until death) if they were somehow frightened or shocked enough while in animal image. There is more to the books than that, but you get the idea.

I must have read thirty books on shape shifting throughout history, fiction about shape shifting, and books about totem animals to prepare. I find that research is a lot of fun when you’re making up a story in which to use it.

Starting on September 1st Doublesight will be one of Amazon’s Kindle Worlds (https://kindleworlds.amazon.com). Join me, by writing a short story (5,000 to 10,000 words), novella (10,000 to 50,000 words), or novel (over 50,000 words) and get it published. I need to have a handful of stories ready by the September 1st, 2015 launch date, so if you’re interested, please contact me for more information. Any characters you create are yours to keep. Let’s have fun together. TerryPersun@gmail.com

My Best in Fantasy Review: http://bestinfantasy.blogspot.com/2014/08/doublesight-terry-persun.html

BIO:
Terry Persun has been writing and publishing short stories and novels since the early 1970s. He has been the recipient of seven novel and poetry awards over the years, including the Star of Washington Award, a Silver IPPY for historical fiction, two Book of the Year finalist awards in the science fiction category, two finalist awards from the USABookNews International Book Awards (one in science fiction and one in historical fiction), two poetry chapbook awards, and a Jeanne Voge Poetry Award. Terry writes in a variety of genres including science fiction, thriller, mystery, and mainstream fiction. He is a respected keynoter and speaker at libraries, writers’ groups, writers’ conferences, and universities across the country. Terry has an MA in creative writing from SUNY Stony Brook.