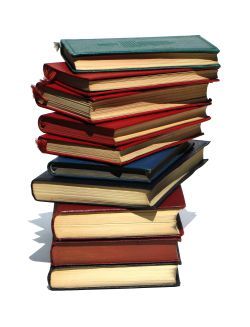 Another interview! This time from Self-Publisher’s Showcase:

Self-Publisher’s Showcase: Today we are joined by award-winning speculative fiction author Michael G. Munz.Welcome to the Showcase Lounge, Michael. Do make yourself at home.

Michael G. Munz: Thanks! (Though do you really want me to leave unfolded laundry on the chairs and writing notes scattered about the lounge?)

Yes, I’m still doing my Farscape rewatch! I’ve just been distracted with my novels and day job recently. (And, okay, also I got a PS3 to replace an old blu-ray player and have been a tad sucked into The Last of Us…) But on we go!

Season 2, Episode 6: “Picture If You Will”
**** out of *****
“Soon there may come a time when I need you, and everyone, to do exactly as I say: quickly, and without question. Do you have enough faith in me to obey?”
Maldis returns, clawing his way back to the corporeal world through an indestructible painting that seems to predict how people will die.
As I think I said before in That Old Black Magic, I like Maldis. While this is only his second appearance, it’s also his last. I understand why. If they brought him back after Zhaan was gone, they’d have to soften him up in order for the others to be able to handle him, and that’s satisfying for no one. It’s a shame, but at least his final episode is a satisfying one.
One of this episode’s strengths is its atmosphere. The art direction is interesting (though admittedly I’m not the best judge of such things, so some may find it less so). ‘Tis a creepy episode, especially before we know what’s going on. Strange whispers. Sinister paintings that can’t be destroyed. Something is clearly up, but we can’t be sure what until we hear the name Maldis.[1] After that, Zhaan appearsto go to pieces emotionally. I’ve talked to people who were annoyed with her because they didn’t realize that was just an act. Yes, she admits to being genuinely terrified at the end, but she feigned her hopelessness and surrender. [2] She needed Maldis to underestimate her and think her defeated.
Another great touch is how easily Aeryn follows orders to kill “Kyvan.” Aeryn’s still a soldier at heart, and has grown to trust Zhaan’s wisdom.
One thing I don’t like is the bit at the end with Chi explaining the episode wrap-up to Rygel. It’s clumsy. But oh well. Maybe I should take off half a star for that, but I’m feeling generous (and I can empathize with the writers in that regard).
Last line:
“I’ve never been more scared in my life.”
Other Comments:
Chiana mentions that necklace as being favorite necklace, but I don’t think we’ve ever seen it before.
Hey, a plan in Farscape that actually WORKS?
Maldis feeds on “fear and the terror of helplessness.” He’d enjoy time in the Black Lodge from Twin Peaks. Maybe if they got him some creamed corn he’d leave them alone?
——
[1] My first viewing: Show: “Maldis!” Me: “Ooooh!”
[2] I think such viewers miss the whole significance of her “Ignore what I say next” to Crichton.