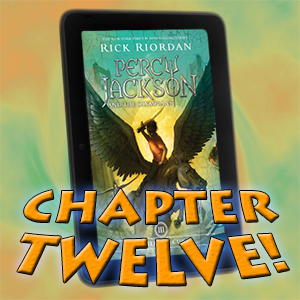 Riordan certainly is making a Herculean effort in writing The Titan’s Curse!
(I’m not Apollogizing for that pun. …Or that one.)

The Apollo-train runs out of juice, the Erymanthian Boar shows up, and it’s not even the least of their problems. All this and a LOT of haiku on the twelfth installment of Michael Reads Percy Jackson: The Titan’s Curse…

I Go Snowboarding With A Pig

Inspired by Apollo’s efforts earlier in this book, I have decided to review this chapter entirely in haiku! Think you can take it? Brace yourself, because ready or not, here we go!

Hey, those last two sentences were a haiku. Cool. 😉 END_OF_DOCUMENT_TOKEN_TO_BE_REPLACED