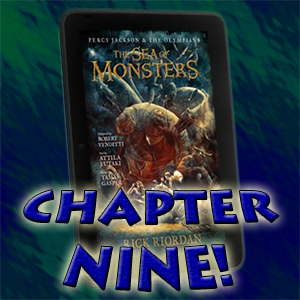 Percy discovers what very well may be a floating base of operations for Kronos’s monster army, and Tyson proves to be part myna bird. Also: other stuff! It’s part 9 of Michael Reads Percy Jackson: The Sea of Monsters…

I Have the Worst Family Reunion Ever

I’ve never been on a cruise ship. I’ve thought about it a few times. The unending buffets, complete isolation from all but my immediate (pampered) environment, and exploring new lands–albeit from the deck of a giant, floating hotel–do appeal. But it’s those same aspects that put me off the idea as well. It’s a moving hotel that keeps you completely isolated from whatever place you’re sailing to, even when you get there. If I don’t like it, I can’t move on until we get back home. And then there’s that whole problem lately with cruise ships breaking down or breaking out in epidemics, which I realize still isn’t very common, but I can’t deny it has an effect. 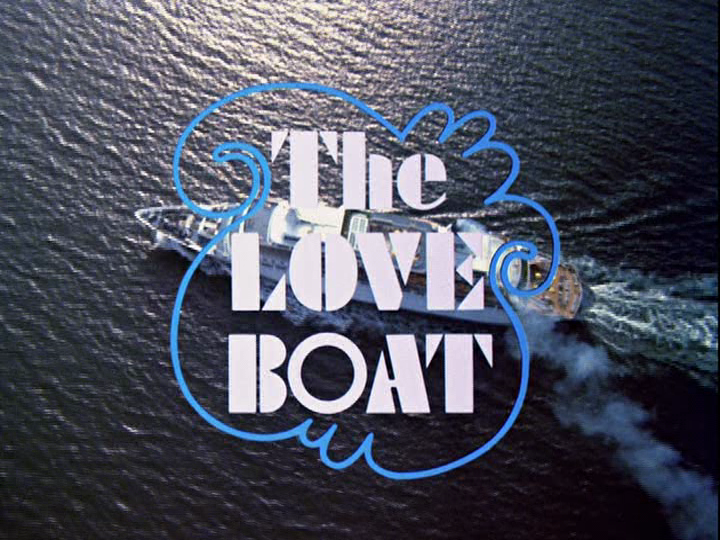 This, along with Gatorade and “hotcakes” for breakfast made up the three primary elements of 7 year-old me’s visits to grandma’s house.

My point here is that I’ve never actually experienced a cruise ship–save for watching episode of Love Boat while staying up late eating popcorn and pink lemonade at occasional sleep-overs at my grandma’s house. Even so, I didn’t have any trouble picturing the setting as I read Percy’s own–and hopefully unique–experience.

Plus it’s crawling with monsters.

The biggest surprise for me was Tyson’s talent with voices. When you most people think “cyclopes,” their likely first thought is not “mimicry.” It’s cool that Tyson, with his flaws, also has so many talents beyond simply being strong and resistant to fire. Luke’s chiding reaction to Tyson being part of their group seems hypocritical, given how many monsters he’s working with himself. Though maybe he only meant that as a means to try accusing Annabeth of her own double-standard. I suppose that makes more sense.

Then again, Luke is rather insane, given how his answer to dealing with the gods’ being dicks to mortals is to wipe them out and bring back some older gods who will be dicks to mortals. One too many hits with the dragon. 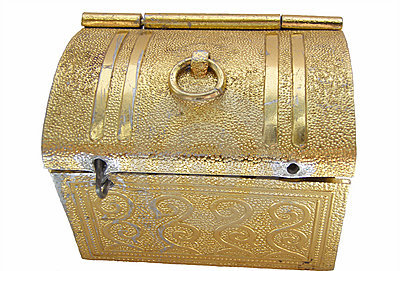 The concept of Kronos reforming in the sarcophagus is a cool one, and it gets around the problem of having to physically break him out of Tartarus. Plus it creates a more present threat. What’s more, it’s got some nice parallels to Pandora’s box to reinforce the mythology genre. (What? It’s golden, it’s closed, we know there’s some Bad Stuff™  in there…)

They escaped the ship quicker than I was anticipating, but it’s done so in a way that doesn’t strain credulity. Okay, so they still have to get away from the ship, but I’m betting that won’t be as much of an issue now that Percy’s closer to Poseidon’s element.

Plus there’s that whole thermos thing… 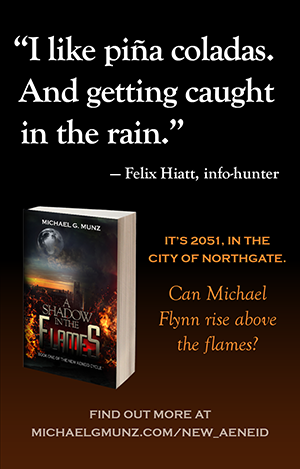 Also it gives me a flimsy excuse to make a shameless plug!

My favorite line/quote from this chapter is…

“A guy in Greek armor drew his sword and charged, but slipped in a puddle of piña colada.”

This sentence contains elements that are not often combined in the annals of western literature, and for that, it has my deep and amused respect.

A final thought: Luke feels like a low-level villain to me: a puppet more than a mastermind. I guess I don’t respect him. He’s going to have to do more to impress me, or be ripped to shreds by a more fearsome antagonist. Or to put it in Farscape terms, he’s Bylar Crais before Scorpius showed up, and I’m hoping for a Scorpius.

What did you think of Luke at this point?